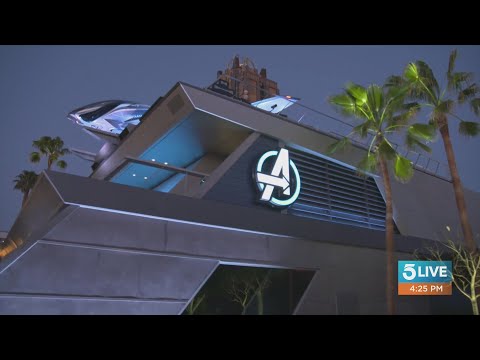 After their longest shutdown ever, Disneyland in California will open to the public (California residents only) on April 30. That will pave the way for the grand opening of their new theme park within the park, Avengers Campus, on June 4.

At Avengers Campus, guests of all ages can find their powers as they take an active role alongside some of their favorite Super Heroes, with a chance to live out their own heroic story. Whether that be slinging webs with Spider-Man, trying out inventive new foods, experiencing heroic encounters, and even teaming up with the Avengers and their allies, all recruits are invited to join in on the action.

“Avengers Campus will be a place where fans and guests can finally step into the universe they love, and stand alongside some of their favorite heroes,” said Dave Bushore, vice president of Franchise Creative & Marketing for Marvel Studios. “The optimism inherent in Avengers Campus captures the diversity, power and teamwork these extraordinary characters possess, and now they come together to unite people from all over the world under one guiding principle: We are stronger together.”

Get a rundown on what Avengers Campus will offer at Marvel. Reservations will be necessary, as the number of guests will be limited this summer. -via Mashable