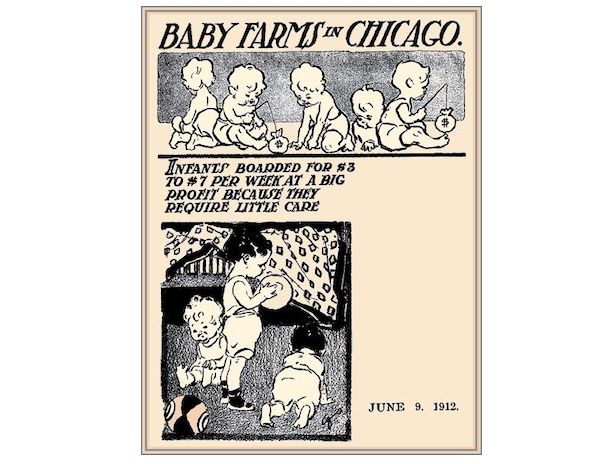 There are many ways that the intersection of poverty and childcare end in tragedy. Before state-run orphanages and foster care, before licensed daycare centers, there were baby farms, a profit-making industry that preyed on poor mothers.

In an era when the most prevalent form of contraception was abortion, for working-class Victorian women who found themselves unable to care for a child, a less dangerous alternative was to surrender their newborn or, “put them out to nurse” at baby farms for a small weekly fee. Most women who chose this route assumed that their child would be properly cared for and receive a wet nurse, attention, room and board at the very least. After all, as referenced heavily in the writings of Jane Austen, wealthier women were also known to put their infants in the care of wet nurses – women who were not the childrens’ biological mothers, but who would breastfeed the children. The fictional character Grenouille of Perfume, as well as the titular character of Charles Dickens’ Oliver Twist were both residents of baby farms.

Behind the scenes, there were plenty of practices that boosted profits, like taking in way too many babies and neglecting to feed them. But even worse was the trend to take a one-time fee from the relinquishing mother, which relieved the entrepreneur of the necessity of keeping the child alive at all. Read about the gruesome era of baby farms at Messy Messy Chic.