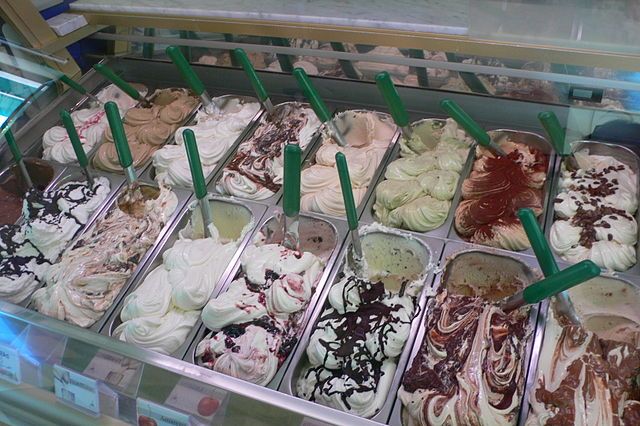 Horrible gelatos could be fined up to €10,000 ($12,030) in Italy. Italian politicians have proposed legislation that would fine ice cream makers  add excess air to gelato to give it a fluffier texture, or who rely on artificial flavors, synthetic dyes, and hydrogenated fats. In this new proposed law, the only permitted ingredients for a gelato would “milk and its derivatives,” eggs, and fresh fruits:

Italian ice cream has always been one of the gastronomic symbols of our country, recognized globally together with pizza and pasta, but our laws do not preserve artisanal ice cream and producers who make it.” senator Riccardo Nencini said. “

Il Messaggero reports that currently, “artisanal” ice creams contain between 20 to 30 percent air which is a side effect of “vigorously mixing the ingredients,” while “industrial” versions use compressed air, and might be up to 80 percent air. “Basically, you pay for the air,” the outlet writes. (The proposed legislation would cap the amount of air allowed in gelato at 30 percent.)

Stefano Ferraro, who is considered one of Italy’s 50 best ice cream makers, isn’t opposed to legislation that recognizes and protects the work of true gelato artisans—and that distinguishes their products from those made by corner-cutters who use pre-made ice cream bases or compressed air. “A law that protects consumers and real artisans would be useful,” he told Il Messaggero. “Many of us search for the best cocoa mass, the one that best fits our idea [for gelato]. But, at this point, it doesn’t make any sense to compete with those who use much easier methods.”