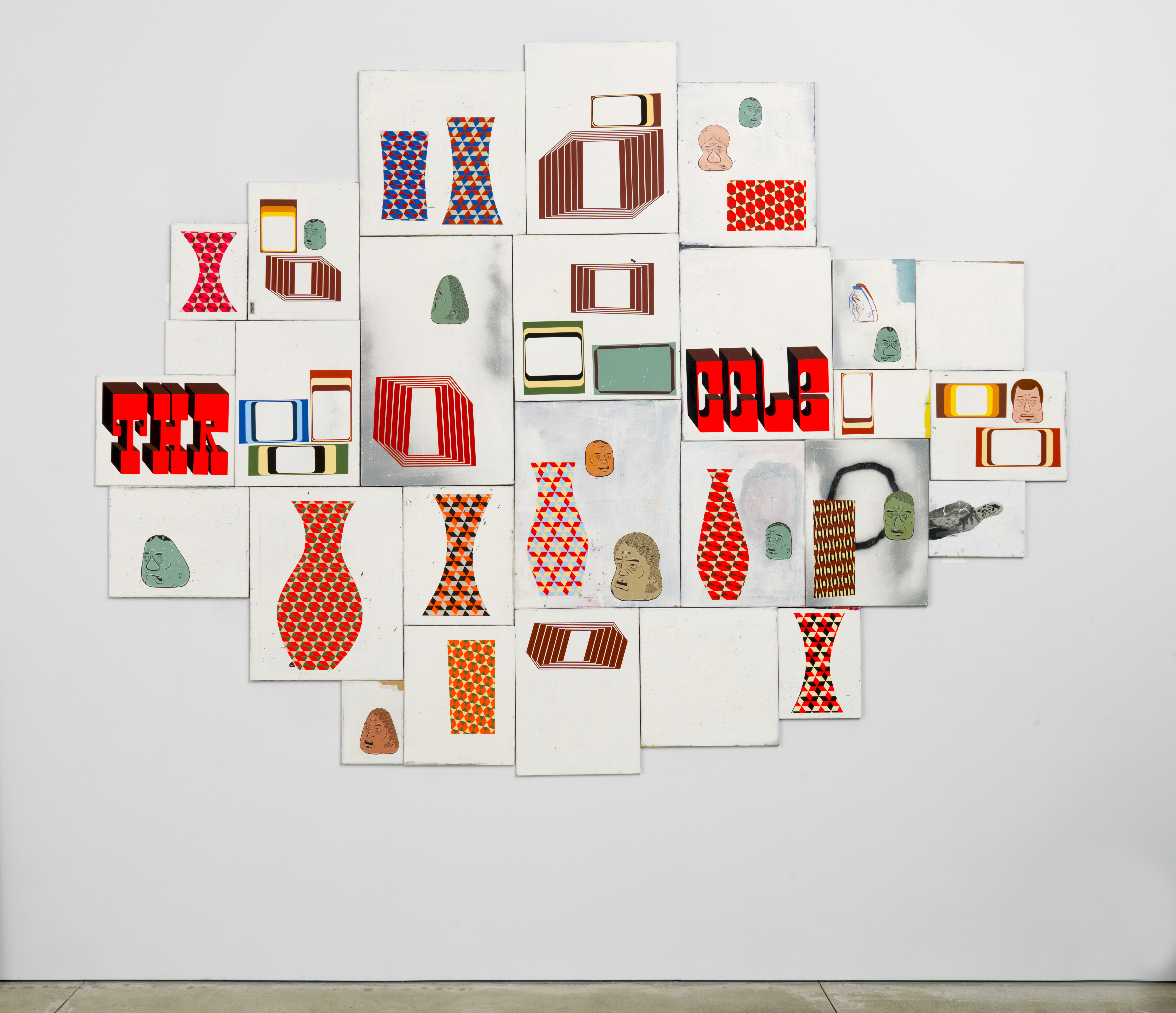 Barry McGee has launched his second show with Cheim & Read in New York, accompanied by a catalogue with an essay by Katya Tylevich. For his new show McGee has assembled hundreds of artwork and his characteristic painted objects into a multi-room installation. 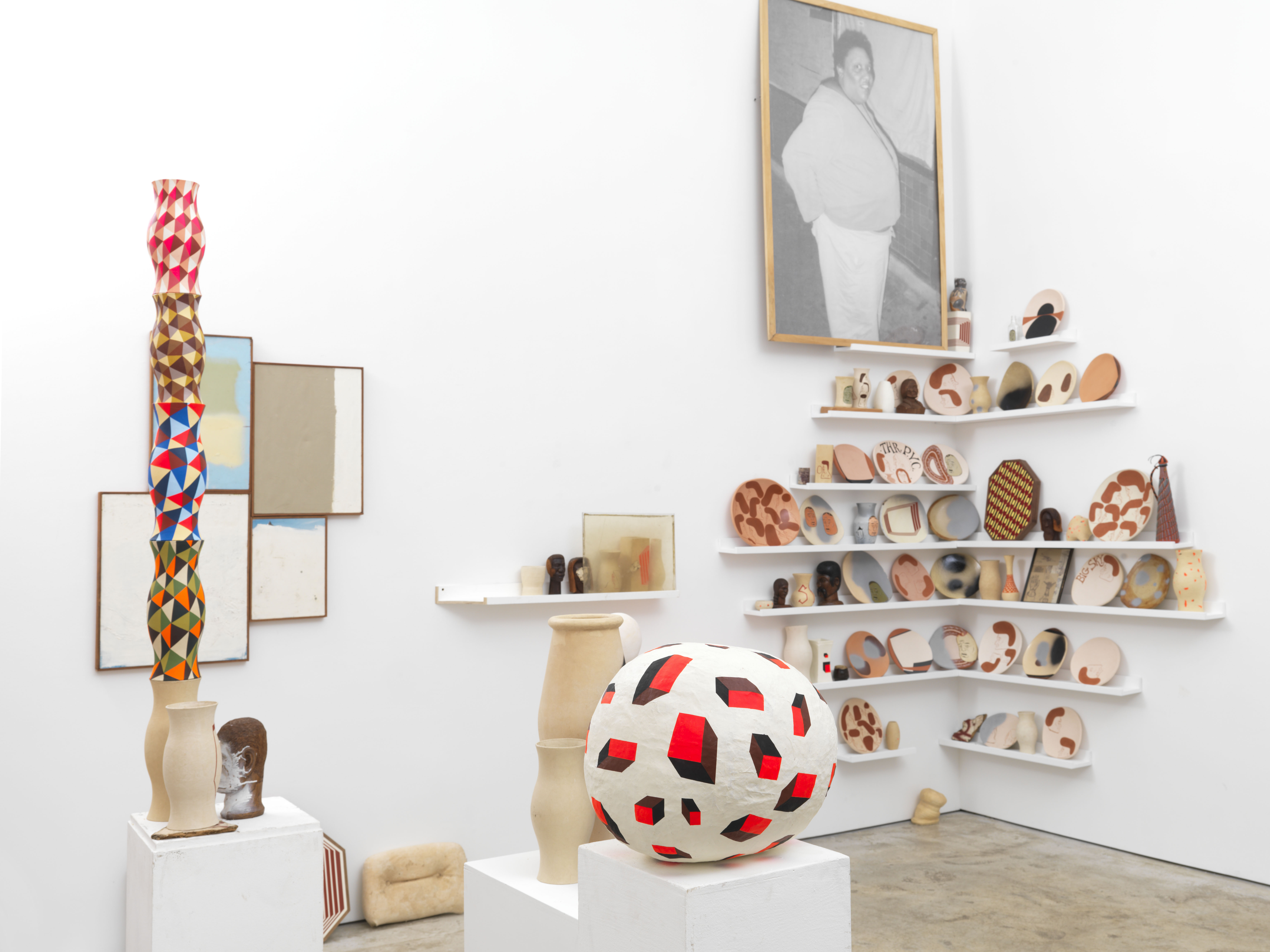 The gallery’s ‘dome room’ comprises a series of shelves and pedestals, displaying ceramics and vessels, whilst the rest of the room is filled with paintings on recovered scraps of wood, card and canvas. 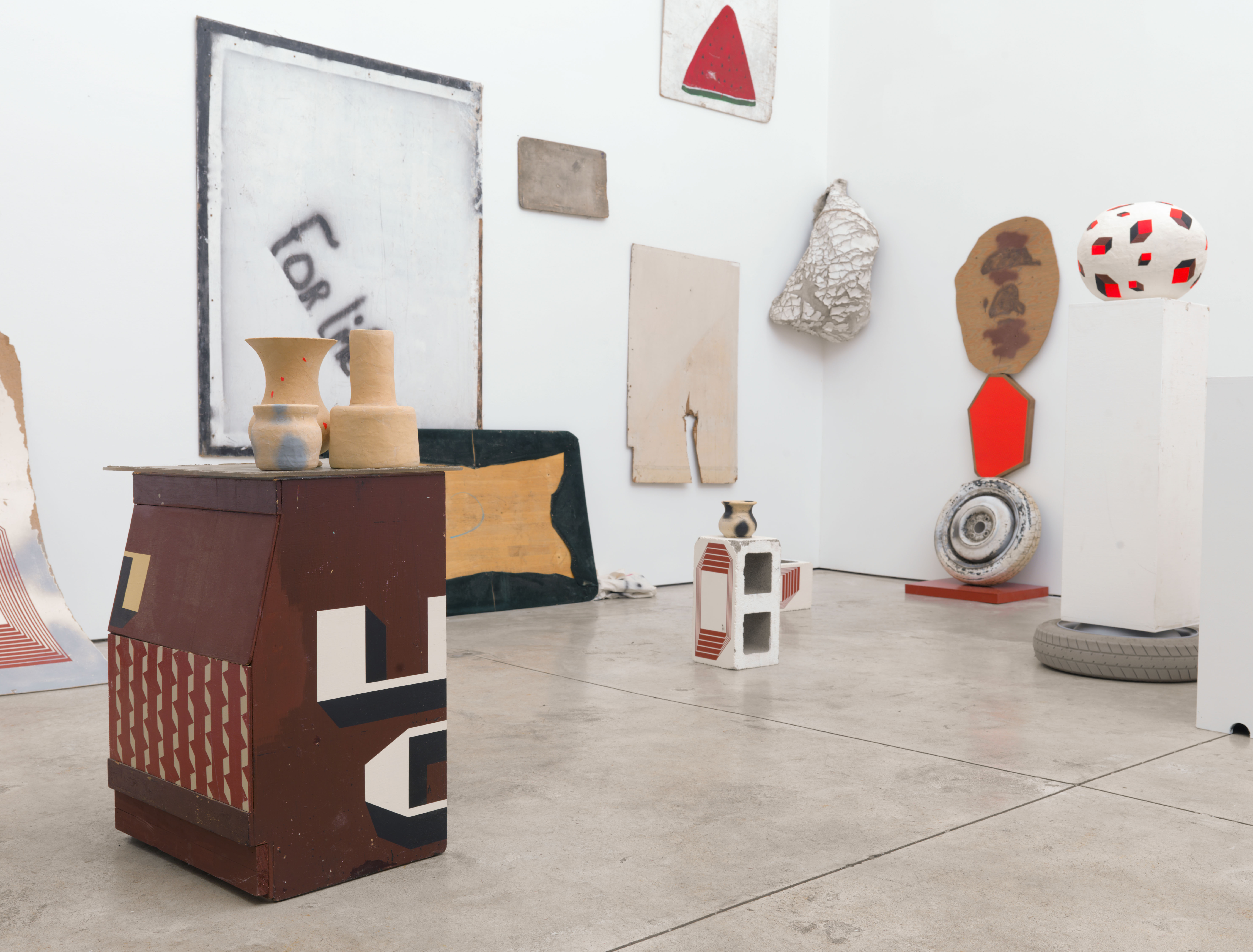 At once scrappy and polished, this body of work is a cautious triumph of McGee’s culminative shows across the years. Showing his multi-disciplinary talents, we are treated to his trademark optical patterns and geometric shapes, stylized portraits and sign-written typography. 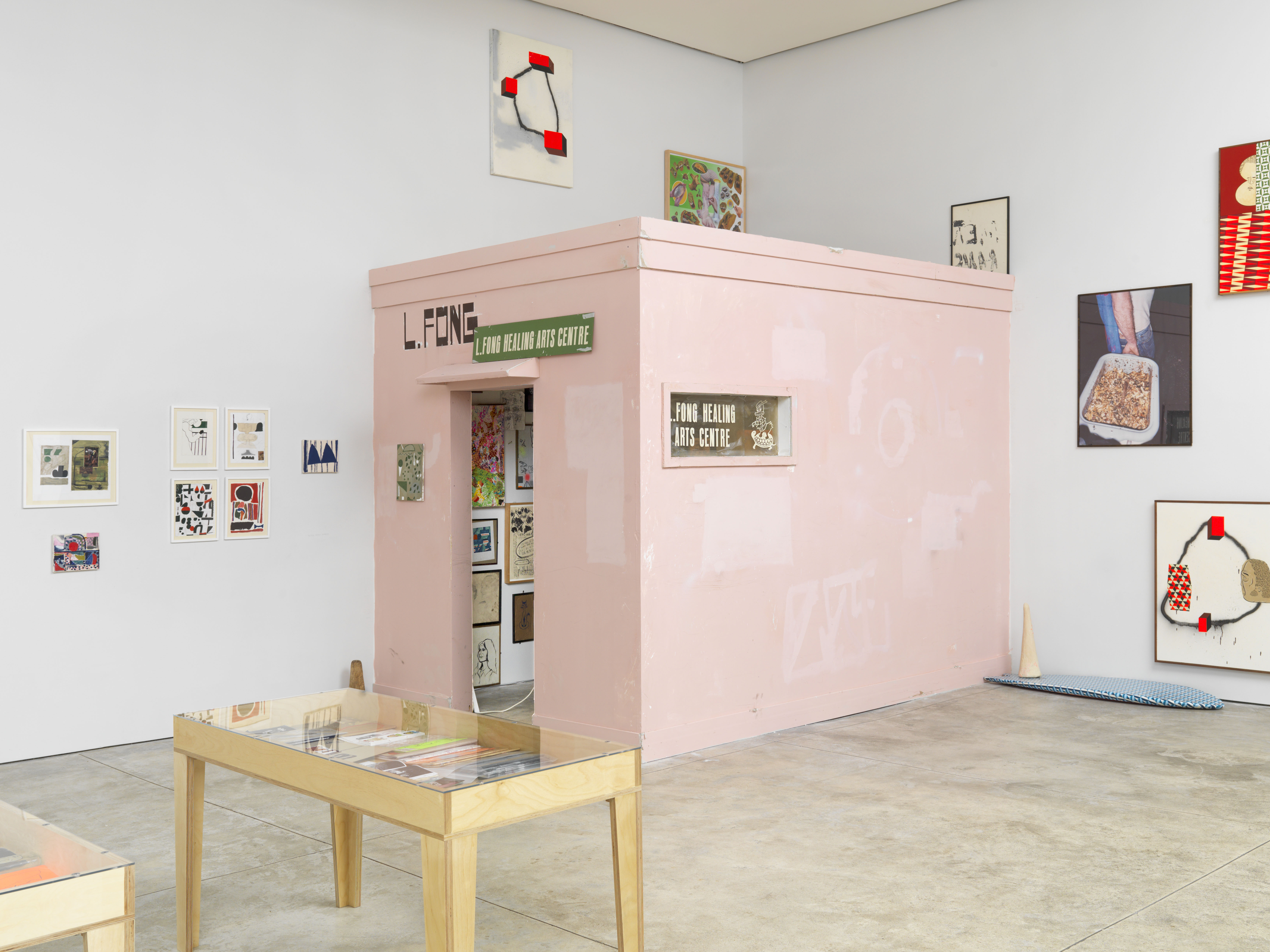 In a nod to one of McGee’s pseudonyms, a small, semi-buffed room (The ‘L. Fong Healing Arts Center’) has been created, housing a jam-packed collection of artworks and videos created by his friends and colleagues. 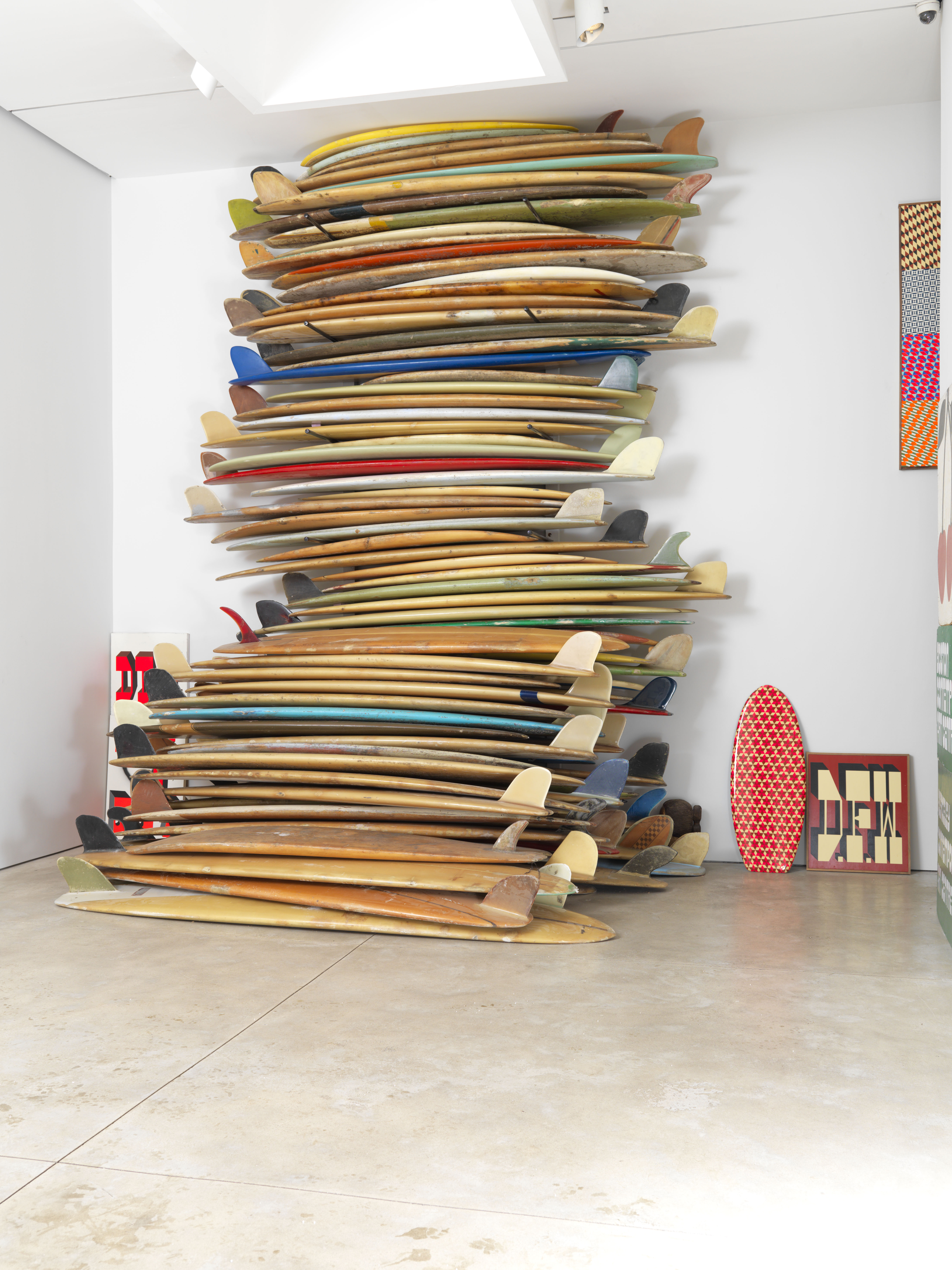 At the back of the main gallery space, more than eighty wooden surfboards are impressively stacked against the wall until they touch the ceiling, where they almost merge with the skylight and the apartment tower overhead. Opposite, the wall bulges out in an ad-hoc papier-mache collapse, showing that it doesn’t always require a high gloss finish for ideas to come to life. 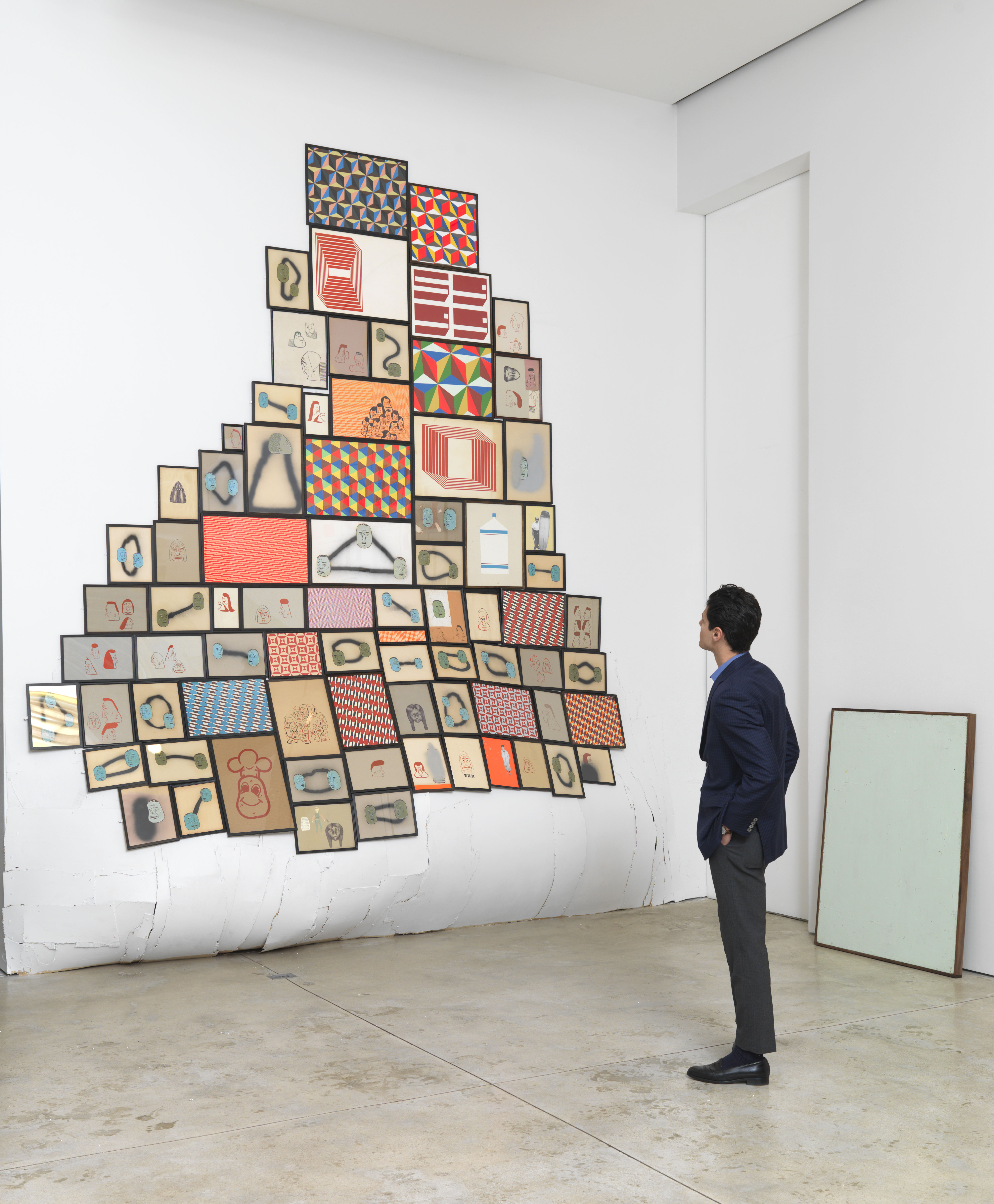 A native of San Francisco, McGee studied painting and printmaking at the San Francisco Art Institute, graduating in 1991. He became a leading figure in the 1990s movement known as the Mission School, after the city’s celebrated Mission District. 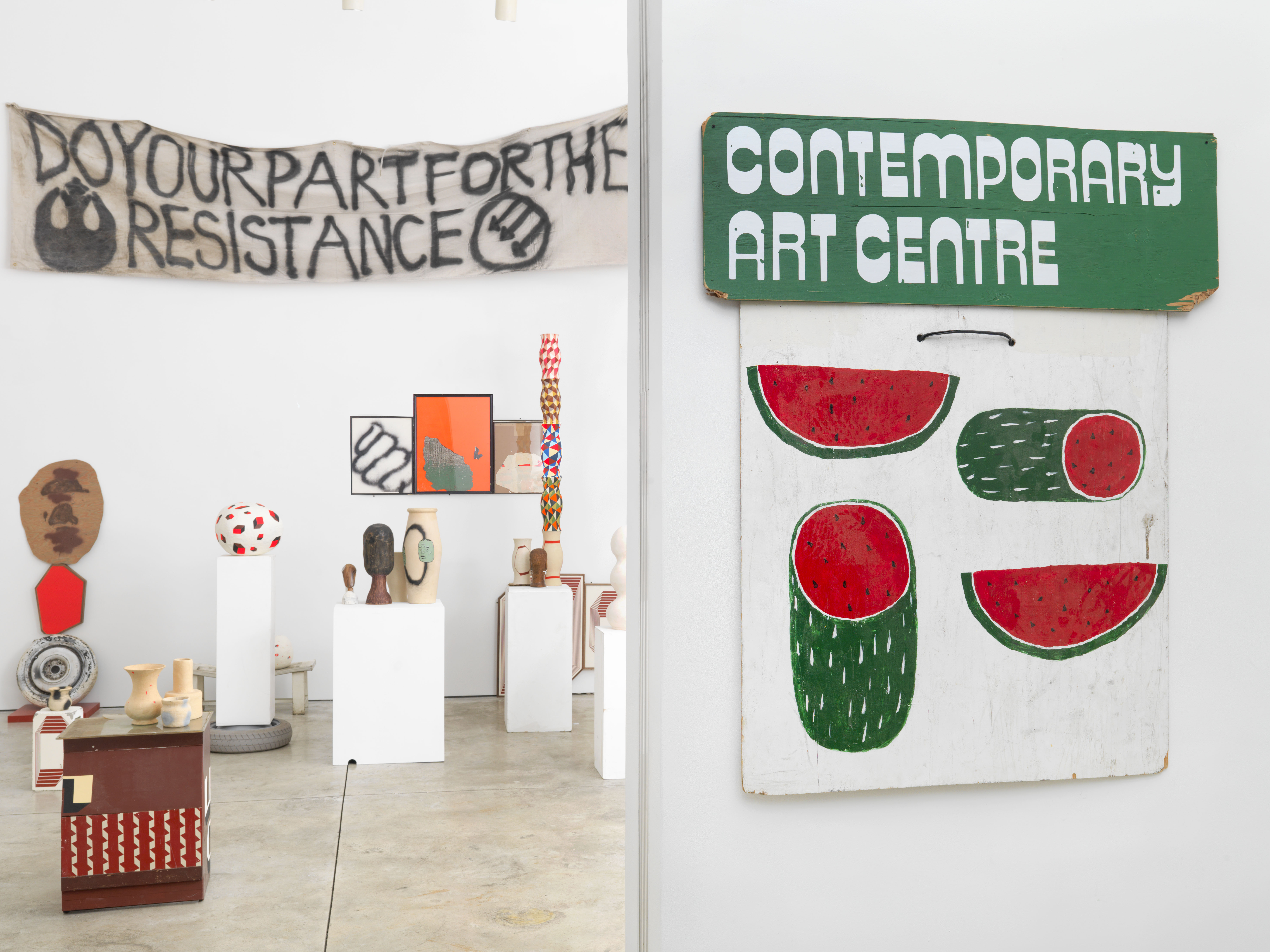 He has shown extensively, both nationally and internationally, with solo exhibitions at the Modern Art Museum of Fort Worth, Fort Worth, Texas; the Hammer Museum, Los Angeles; Fondazione Prada, Milan; the Walker Art Center, Minneapolis; the Rose Art Museum, Waltham, Massachusetts; the Butler Gallery, Kilkenny Castle, Ireland; the Watari Museum of Contemporary Art, Tokyo; and the Baltic Centre for Contemporary Art, Gateshead, England, among others. 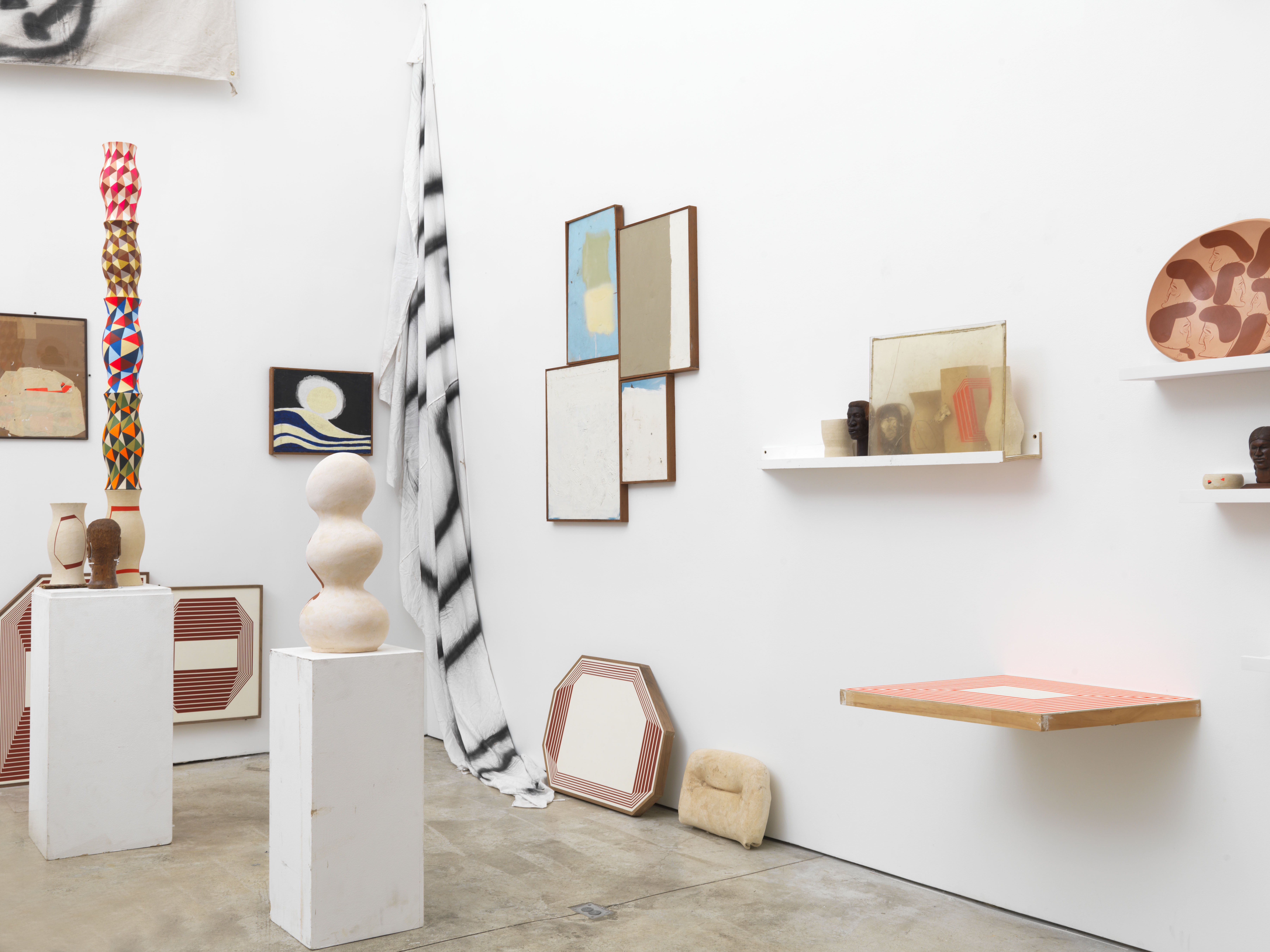 McGee’s work was included in the 2001 Venice Biennale, the 2008 Carnegie International, and the 2009–2010 Biennale de Lyon, France. His retrospective opened in 2012 at the Berkeley Art Museum, Berkeley, California, and travelled to the Institute of Contemporary Art Boston, Boston, Massachusetts. 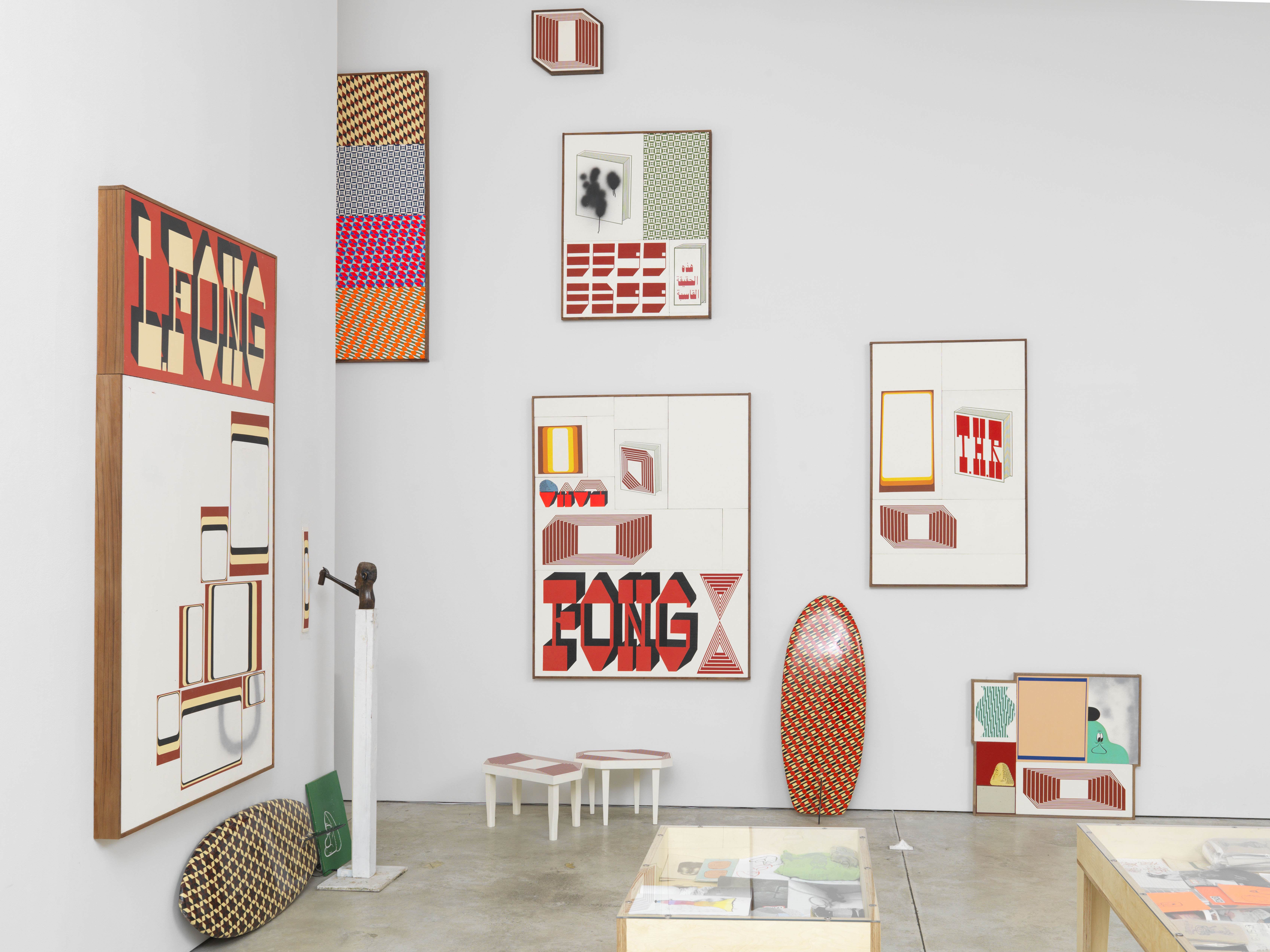 Women Are Posting Their Noses That Look Like “Before” Photos

Real Estate Agents Ask For Photos Of The House For An Inspection, So This Dad Sends Them Hilarious Pics

141 Of The Best Parenting Tweets Of The Month (May)