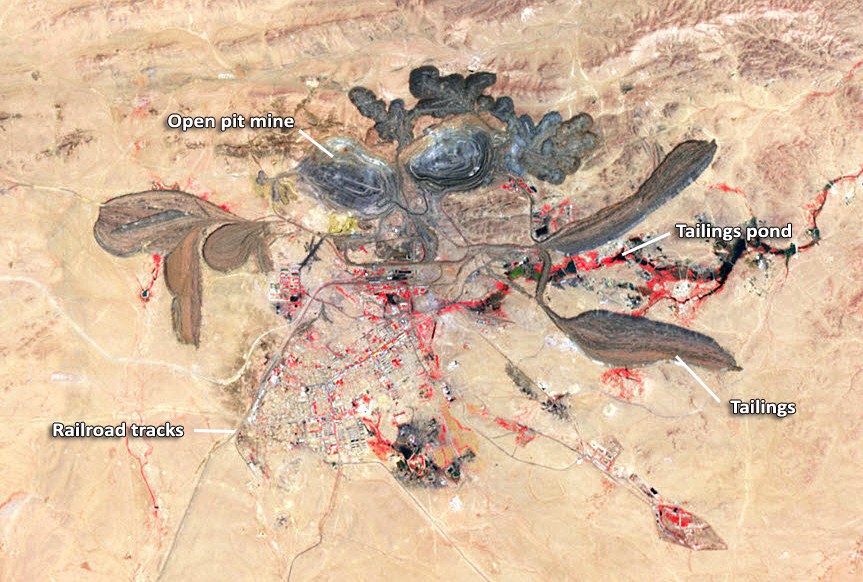 In the image above, captured by NASA’s Terra satellite in June 2006, we see some deep scars in the desert—the result of nearly sixty years of mining. The area imaged lies in the west of Inner Mongolia, which is, despite its name, a part of China. The whole of Mongolia was once under Chinese occupation, but once the Qing dynasty fell in the early 20th century, Mongolia declared independence. A part of Mongolia was retained by China, which became Inner Mongolia. The rest, which is still referred to as Outer Mongolia by some people, became Mongolia proper.

The politics is complicated, but one of the reasons why China never allowed Inner Mongolia to reconcile with the Outer is because the former is choke full of natural resources—resources that are so precious that China is extremely loath to share the produce of these mines with other countries.