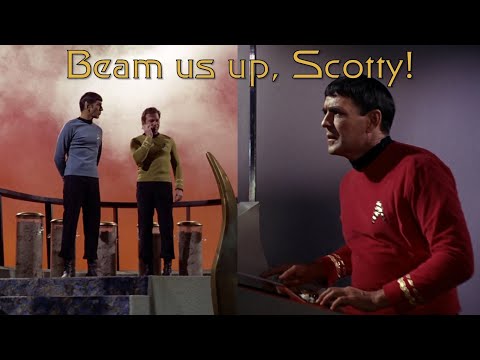 We’ve seen delicious Star Trek supercuts about Leonard “Bones” McCoy’s familiar catchphrases “He’s dead, Jim” and “I’m a doctor, not a…” But McCoy wasn’t the only one who had repeating lines throughout the series. John DiMarco reveals another supercut in which Captain Kirk utters those classic words, “Beam me up, Scotty.” Or something close to it. The clips aren’t limited to Kirk or to the original series, either.

While the fictional technology of Star Trek’s transporter was developed to save time and money over having the cast use a shuttle in the series, “beaming up” came to be a handy way to escape danger, or conversely to introduce danger when transporting didn’t go well. It also became a classic way to end a scene or an episode. -via Born in Space