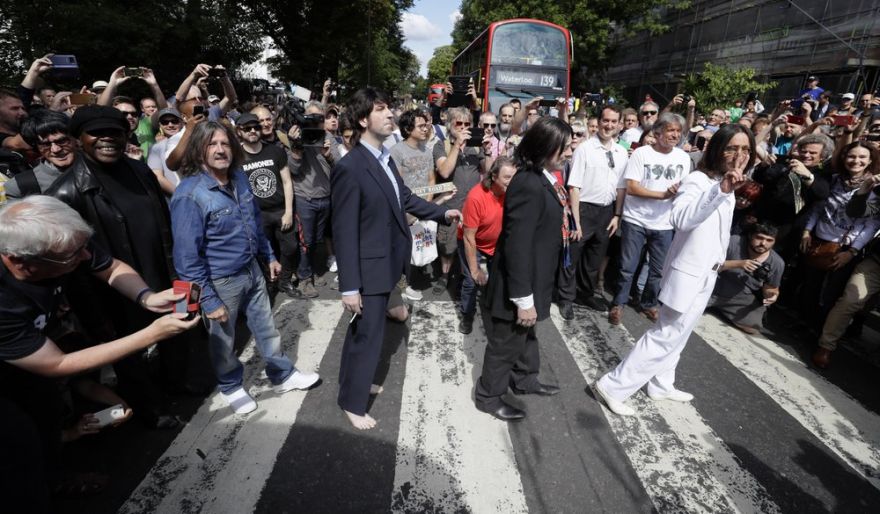 August 8, 1969. It was 11:35 in the morning when photographer Iain Macmillan took a picture of John, Paul, George, and Ringo as they strode single-file across the “zebra” crossing outside Abbey Road Studios while a cop stopped traffic.

Now, 50 years after that photoshoot, hundreds of fans gathered this Thursday to recreate this “Abbey Road” album photo.

On Thursday spectators snapped photos on cellphones and lookalikes from a Beatles cover band crossed the street in tribute to the original image.

The spot remains a place of pilgrimage for Beatles fans from around the world.

“Every hour of every day there are fans on the crossing,” said Beatles tour guide Richard Porter, who organized Thursday’s commemoration. “I’ve seen lots of different sights on the crossing, too, from couples having their wedding photos taken to people going across naked.”