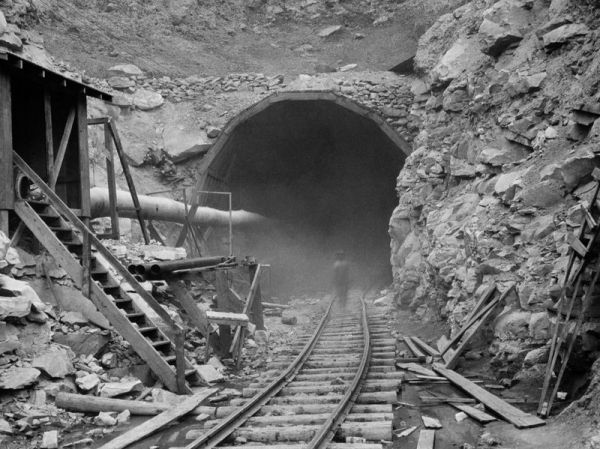 Silica dust, which is released from sandstone, causes black lung among coal miners. But the Hawks Nest Tunnel Disaster wasn’t a coal mine, it was a tunnel cut through Gauley Mountain in West Virginia in 1930. The project was expected to take four years, but 3,000 laborers completed the tunnel in 18 months. Hundreds of them died from silicosis, including teenager Dewey Flack.

“The local doctors really were not quite clear at first what they were seeing. We had young, healthy people breaking down in a very short period of time and there really isn’t a lot of precedent for that,” says Martin Cherniack, a University of Connecticut professor who wrote a 1986 book about the tunnel.

The count of how many workers died varies. According to congressional testimony at the time, as many as 300 people died from silicosis, caused by exposure to silica dust. Cherniack estimates the number to be at least 764 workers — including Flack.

“They would become sick, profoundly short of breath, have severe weight loss, basically be unable to move and function and exercise themselves,” Cherniack says.

Flack died on May 20, 1931, two weeks after his last shift in the tunnel. His death certificate says he died of pneumonia, but according to Cherniack, company doctors often misdiagnosed worker deaths or attributed them to a disease they called “tunnelitis.”

Although there were congressional hearings, Union Carbide maintained that the deaths were not caused by silicosis. Read the story of the Hawks Nest Tunnel Disaster at NPR.  -via Digg