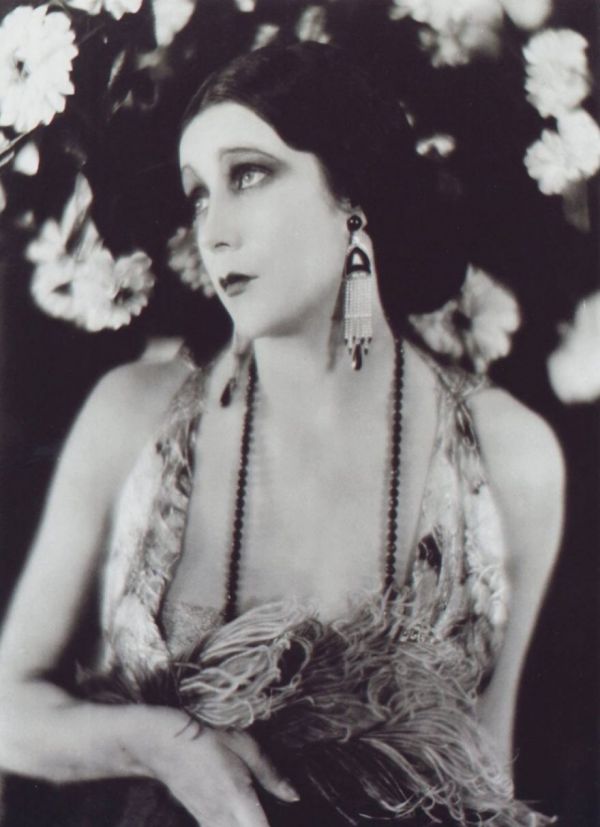 Barbara Lamarr as one of the early vamps of Hollywood, with a public life of glamour and gossip, and a real life that is somewhat of a mystery, due to her habit of making up interesting stories. Lamarr came from a vaudeville family, went to California to perform a burlesque act with her sister, then moved to writing screenplays for film, and eventually starred in several movies herself, one in which she convinced Benito Mussolini to appear. Offscreen, there was also a kidnapping, four marriages, and endless partying.

She was the toast of the town, often sleeping no more than two hours a night to fit in all of her merrymaking. The five years following her big break were filled with a lot of joy, but also a lot of drugs, tapeworm-filled crash diets, and a struggle to prove herself a capable mother. She had to stage the adoption of her own son, Marvin, years after his birth as she’d had him out of wedlock.

Read about the outrageous life of Barbara Lamarr at Messy Nessy Chic.