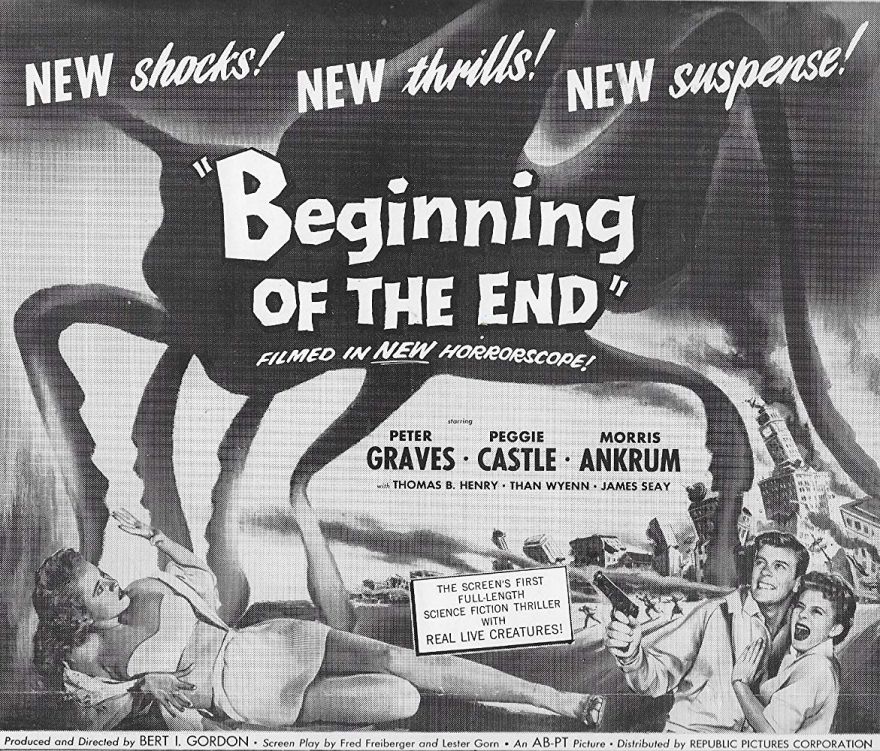 The 1950’s was the decade of the Creature Feature and Hollywood turned out ‘monster’ films featuring just about every conceivable type of creature, including insects. This 1957 offering, Beginning of the End, was typical of such fare, but it stands out for a number of reasons. A review from the IMDb says it all:

The film that helped usher in Hollywood’s giant bug craze. Special effects are pathetic even for the time, but the story is gripping enough and the acting first-rate. Peter Graves plays a scientist working on food growth via radiation. Grasshoppers get at these plants and grow to the size of a bus. They find humans much tastier than their usual fare. They invade Chicago after tearing up the countryside, and it’s a race to the finish to see whether anything can be done to stop them before the Army nukes Chicago. Lots of fun. We never see the monsters actually come into contact with any of the humans they devour, but the closeup facial shots of various actors about to be eaten are priceless.

This film was another of the many low-budget B-Movies of that decade, and it stands out for the sheer hilarity of the special effects. Giant grasshoppers shown climbing skyscrapers are quite obviously normal grasshoppers walking across a picture of a skyscraper lying on a horizontal surface. But it’s not all bad; we get to see one of the first cell phones in existence, owned and used by the intrepid lady reporter.

And what would a B-Movie be without a review by badmovies.org? Embedded below is the ‘breathless’ trailer for the film, followed by MST3K’s take on it. YouTube features the plain and unadorned film, but MST3K’s treatment is a definite improvement. See for yourself. 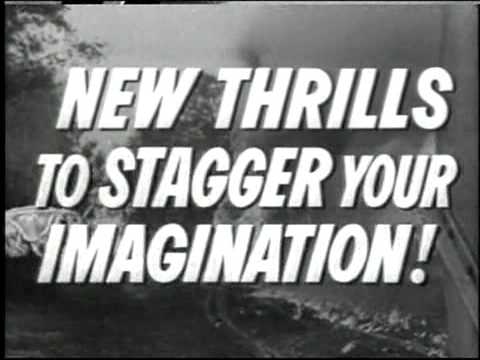 The theatrical trailer for the 1957 film.

The MST3K treatment of the film.