This story was originally published on Domino.

There are stages, and then there are stages. The set of the 90th Anniversary Oscars, decked out in 45 million—yes, million—crystals? Definitely qualifies as the latter.

The stunning design is the work of Derek McLane, a production designer whose work has earned him both Tony and Emmy Award wins. It’s McLane’s sixth year running creating the stage at the biggest awards show in entertainment, and the 11th year Swarovski has donated sparkling jewels to deck out the stage.

“My first year was especially memorable, because the whole process was so new and fairly terrifying,” the designer tells Domino. “When I was asked, it was only about six weeks until designs were due, so I had [to] jump right in.”

However, given this particular milestone, it’s safe to say this year’s set is bigger than ever and comes with its fair share of design challenges to overcome. 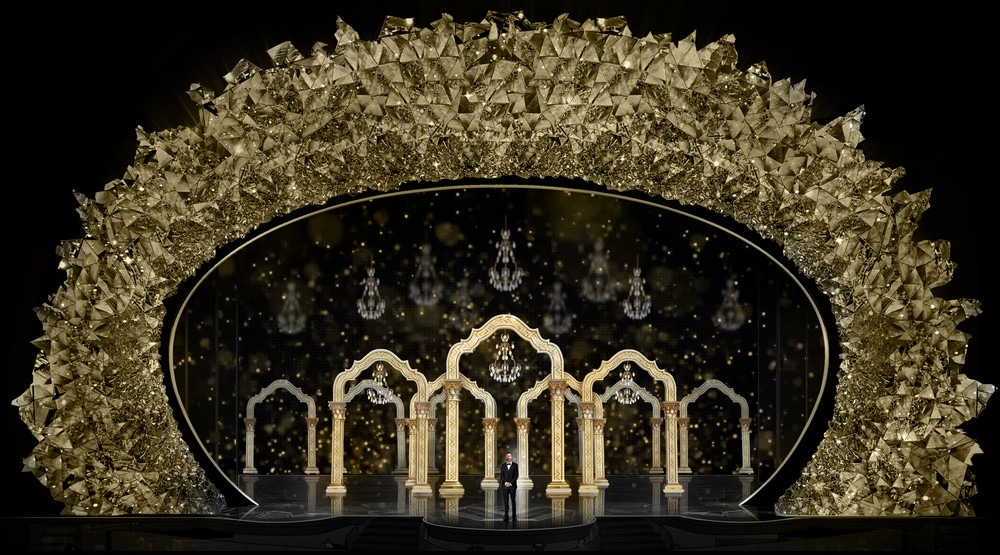 “It’s the 90th anniversary, so this year our sets are reflecting a lot of different eras,” McLane told PEOPLE. “We wanted to celebrate the long history of filmmaking. But mostly, the different eras are presented in a relatively abstract way, we’re not super specific about these things.”

This particular set includes several noteworthy elements. The floating Oscars are back this year, including over 140,000 crystals in their design. A backdrop curtain, featuring over 80,000 crystals, provides extra shimmer; and, lest you think the actual stage was getting all the attention, the Dolby Theater’s opera boxes will be covered in an additional 23,000 crystals, too. All of which bodes for quite the minimalist, attainable look, right? 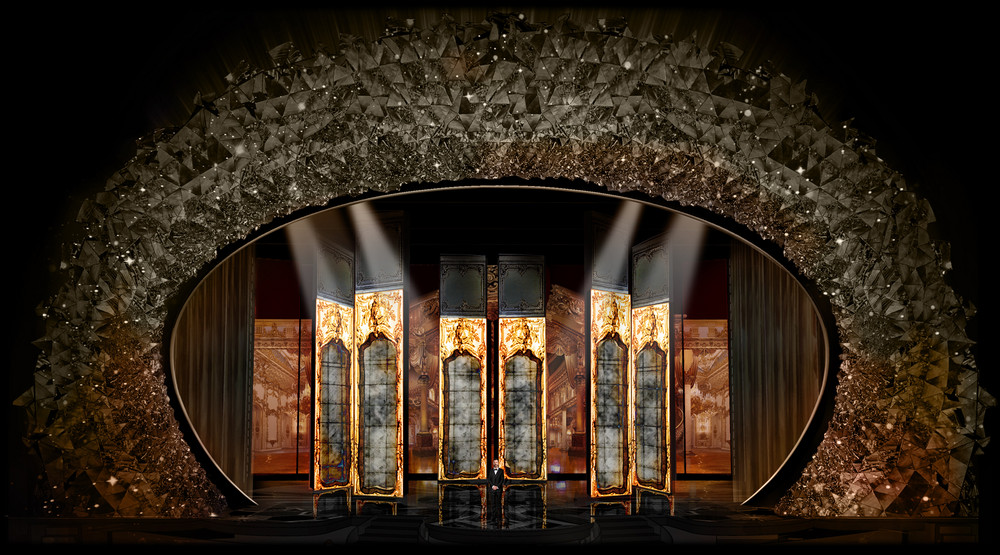 According to McLane, the unapologetic opulence harkens to the glamour of old Hollywood. “There are several different looks that recall different eras,” he tells Domino. “One is inspired by a grand movie palace lobby of the 1920s, when movie theaters were built as temples to cinema. Other looks suggest the 1930s, 1950s, and there are some very contemporary looks.”

The pièce de résistance is undoubtedly the brand new proscenium arch, which was the first thing McLane conceived in planning the design. Meant to mimic the inside of a geode, it’s instantly eye-catching, framing the stage beautifully without detracting from the show itself. It does seem to change colors depending on the lighting—which can cast blue, red, and even pink tones onto the stunning display—but the arch itself is silver. 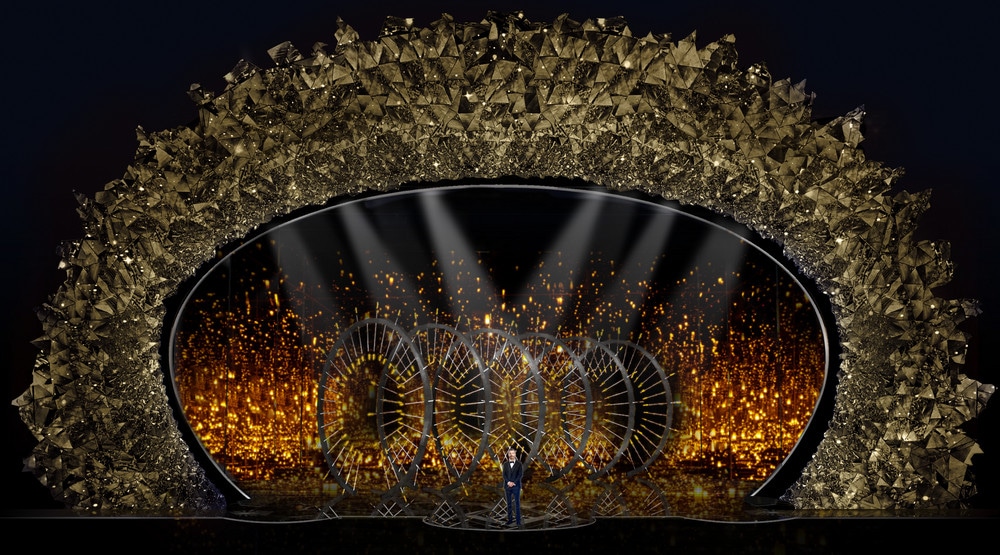 And while those old Hollywood influences are definitely there, the modern components are really part of what make the design itself such a coup. Digital projections, a giant LED screen, and six mirrored panels that spin across the stage bring the grand display into the 21st century. Incorporating technology into something as delicate (and expensive) as 45 million crystals is a daunting task, but for McLane, it was a necessity.

“You can kind of trick the eye into seeing something that you can’t just build on the stage,” McLane told Architectural Digest of the digital projections. “Hopefully, if we do our job well, you won’t really be able to tell the difference between virtual and built!”

Judge for yourselves: The 90th Anniversary Academy Awards air Sunday, March 4 at 8pm ET. Grab your Oscars-themed snacks and celebrity-inspired cocktails and tune in.

The post Behind the Design of the 90th Oscars Stage appeared first on My Modern Met.