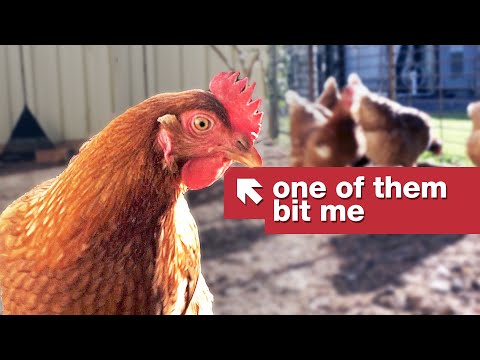 The Sentinel Chickens are performing their protective duty in New South Wales, Australia, but it’s nothing like what a guard dog would do. In fact, it’s more like the canary in a coal mine scenario, except for the fact that these chickens send a warning of danger not by dying, but by having their blood drawn once a week to check for specific antibodies. It’s an all-around cushy job for a chicken, spending all their time doing important chicken things in a yard and eating, right up until the time they develop permanent antibodies for some mosquito-borne disease. Then the chickens are sent off to who knows where; let’s hope it’s a free-range egg-producing farm or backyard coop instead of someone’s frying pan. After all, they’ve done their bit to safeguard humanity. The chickens were already unlucky enough to be in a place where they’re going to get bitten by mosquitoes constantly. Tom Scott explains the procedure, and you can read more about it at NSW Health.