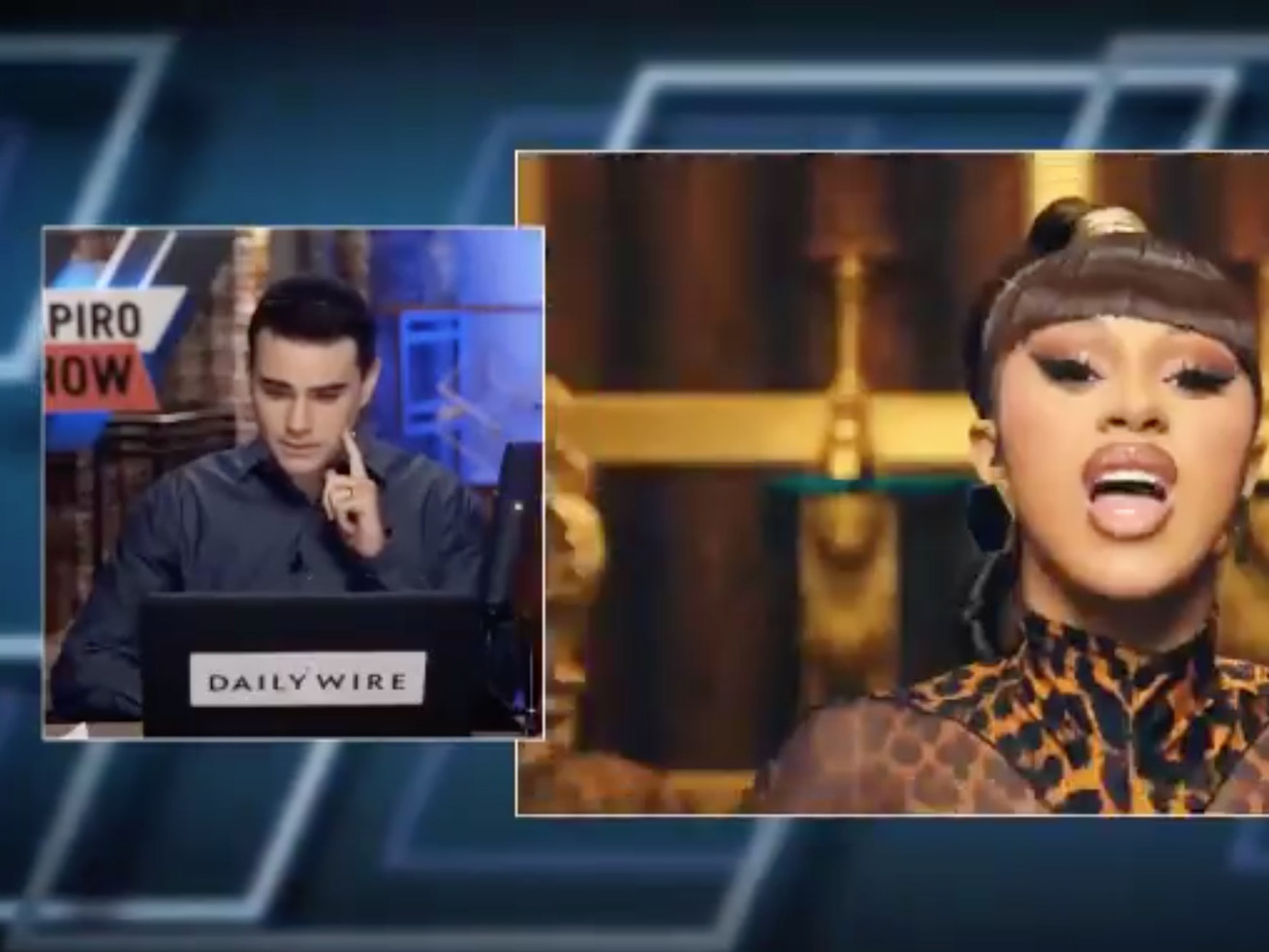 I’d almost feel bad for the guy if he weren’t, you know, Ben Shapiro

Just under one week ago rappers and patron saints of coochie, Cardi B and Megan Thee Stallion, dropped their sex-positive anthem “WAP” along with its corresponding music video. The track is an homage to their respective vajeens, and really, vajeens everywhere. But since this is a song about how sex is fun featuring only women, you all know what that means. Almost immediately after “WAP” was released men from all over crawled out of their swamps to condemn it, crying about how the song is LEWD and Cardi and Megan should be ASHAMED and now women have just been set back ONE HUNDRED YEARS! Because if it’s not a song where men are detailing getting blowjobs (“Slob On My Knob” by Three Six Mafia, “Candy Shop” by 50 Cent), getting handjobs (“Lemon Song” by Led Zeppelin), or having a good ol’ time railing a virgin (“Squealer” by AC/DC), then something’s wrong.

Women taking control of their own sexuality? Who will think of the children!

Among these pearl-clutchers are Cee-Lo Green, y’know, the guy who said it’s not rape if they’re unconscious, and, most spectacularly, Ben Shapiro. If you’re unfamiliar with Ben Shapiro, he’s a conservative political commentator with an asshole so clenched he could shit diamonds. He apparently felt so moved by “WAP”, he took the time to record himself watching the entire music video. There are only two moments from his cringe-worthy commentary worth noting, the first being that he literally cannot bring himself to utter the word pussy, so he resorts to saying “wet ass p-word.” P-word. This man is 36 years old. Incredibly, though, that’s not even the best part. The greatest part actually came after he posted his video when he doubled-down on Twitter, resulting in possibly the best self-own of 2020 so far.

In order to prove just how not-wrong he is, Ben shifted gears from This Isn’t What Susan B. Anthony Would Want to Guys My Wife Assures Me Wet Pussies Aren’t Normal.

As I also discussed on the show, my only real concern is that the women involved — who apparently require a “bucket and a mop” — get the medical care they require. My doctor wife’s differential diagnosis: bacterial vaginosis, yeast infection, or trichomonis.

Which, of course, anyone with a pussy or anyone who has successfully interacted with one knows is… uh… not the case. But just to confirm this, gynecologists took to Twitter to explain that yes, actually, wet vaginas are good and normal. I’m not sure who to feel more sorry for, Ben Shapiro or his poor wife’s bone-dry coochie, but one thing for sure is they both need help.

Credit Where Credit is Due: The Design Firm Behind LEGO's New Paper Packaging

This Adorable Cat Lives With 3 Shiba Inus, And He Has Become Part Of The Pack (54 Pics)

“ANHELO” by Sabek in Vigo, Spain

‘The Anarchist’s Workbench’ has Arrived

Bodyscapes: Landscapes Made Out Of Human Bodies (13 Pics)

“This Cafe Didn’t Pay My Friend For Working 4 Weeks”: Woman Posts On TikTok, People Start Flooding It With Revenge Reviews