The ancient city of Varanasi, in central India, draws pilgrims from all around the world. One of the most important religious hubs and the holiest among all Hindu cities, Varanasi has a wealth of sacred sites ranging from temples to forts to river banks, but one that often gets overlooked is a shrine dedicated to the country itself.

The Bharat Mata Mandir (literally, Mother India Temple) located in Varanasi's Mahatma Gandhi Kashi Vidyapith campus, was built by the university's founder and freedom fighter Babu Shiv Prasad Gupta. Instead of worshipping a god or a goddess, the temple has a huge topographical map of the Indian subcontinent carved in marble. The map is the temple’s deity. 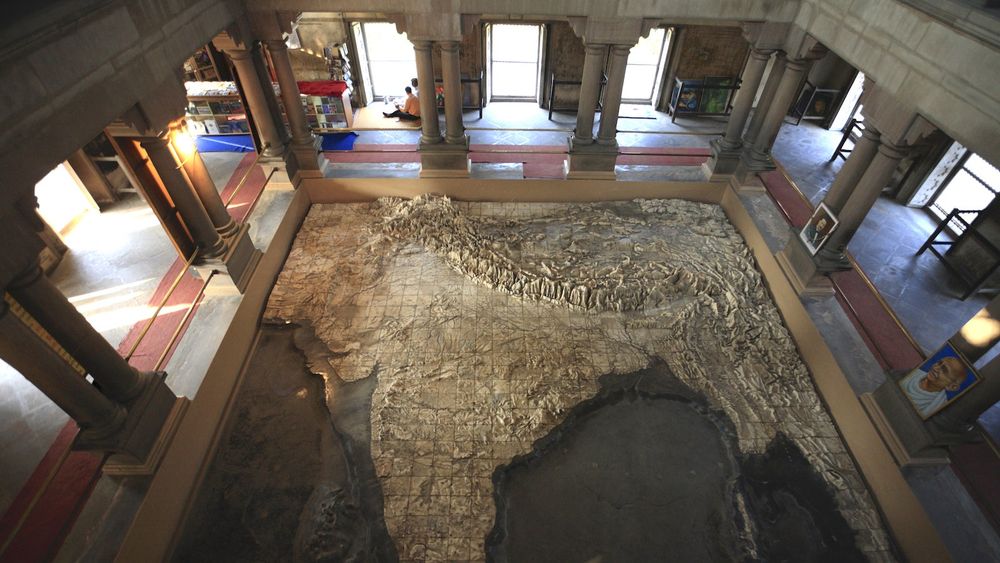