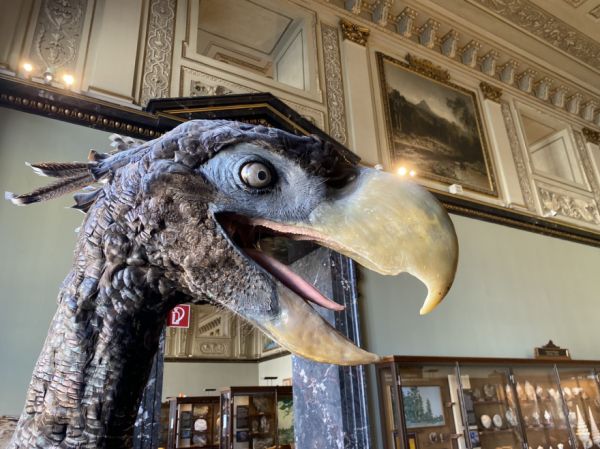 We may marvel at an ostrich taller than we are, or an eagle with talons bigger than a human hand. But they have nothing on prehistoric birds, some of which we mind-bogglingly large. The picture above is a recreation of a Paraphysornis, or terror bird, that weighed around 400 pounds. But there was also Dromornis stirtoni, an Australian thunder bird, the males of which averaged 1400 pounds! A female South Island giant moa could reach ten feet tall. And a fossil named Pelagornis sandersi found in South Carolina had a wingspan of 24 feet.

Why were prehistoric birds able to grow so large? And why did they die out? As far as extinction goes, that was usually due to predators, including humans. Read about these enormous birds of the distant past at Atlas Obscura.