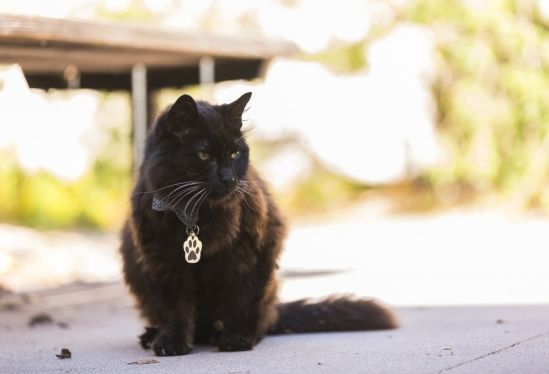 Place of birth: unknown. Date of birth: unknown. Everyone just knew that Big Boy just appeared near some biology labs around 2005. He was probably left by a former staff member who cannot keep him as a pet any longer. For almost 15 years, the small courtyard of UC Santa Barbara became the home of Big Boy. He was “cared for by many, but owned by no one.”

Often, people find out about Big Boy through word of mouth, and so a network of fans and stewards has built steadily over the years. Katie Title, who works as an academic advisor in the College of Engineering, was told by a former coworker about a very friendly campus cat. Title started spending a few lunch breaks per week visiting the cat, and eventually decided to step up and become his primary human liaison.

“I was just a fan originally,” Title said, “but now I have become the central contact for him.” Last year, some concerned students took Big Boy to a local shelter, ASAP (the Animal Shelter Assistance Program). The shelter checked him out, determined he was not a stray and released him (after Title volunteered to be his official campus designate).

Know more about this heartwarming story over at The UCSB Current.