The most-consumed resource on the planet is water. Any guesses what #2 is?

It’s cement, the binding element used to make concrete. And as urbanization continues, we’ll be using more and more cement each year. On his blog, Bill Gates writes that “By one estimate, the world will add 2 trillion square feet of buildings by 2060—the equivalent of putting up another New York City every month for the next 40 years.”

The problem with cement is that making the stuff generates some 8% of the world’s greenhouse gases (10% if you’re counting just manmade greenhouse gases). To make cement, you need lime, which is extracted by sticking limestone into a kiln. Just about half of that limestone goes up in smoke during the process, and there’s your C02 footprint streaming out of the smokestack. “And right now, we don’t have practical ways to make [cement] without releasing carbon dioxide,” Gates writes.

However, thanks in part to Gates, we do have a place to stick some of that CO2. Gates has helped fund a company called CarbonCure, which has figured out that if you inject CO2 into ready-mix concrete, the C02 reacts with calcium ions and is transformed into “a nano-sized calcium carbonate mineral that becomes permanently embedded in the concrete.” This not only provides a convenient place to sequester the C02 forever–“the CO2 is chemically transformed into a mineral, which means it will never be released into the atmosphere as a greenhouse gas,” the company says–but, as it turns out, the procedure actually increases the concrete’s compressive strength. 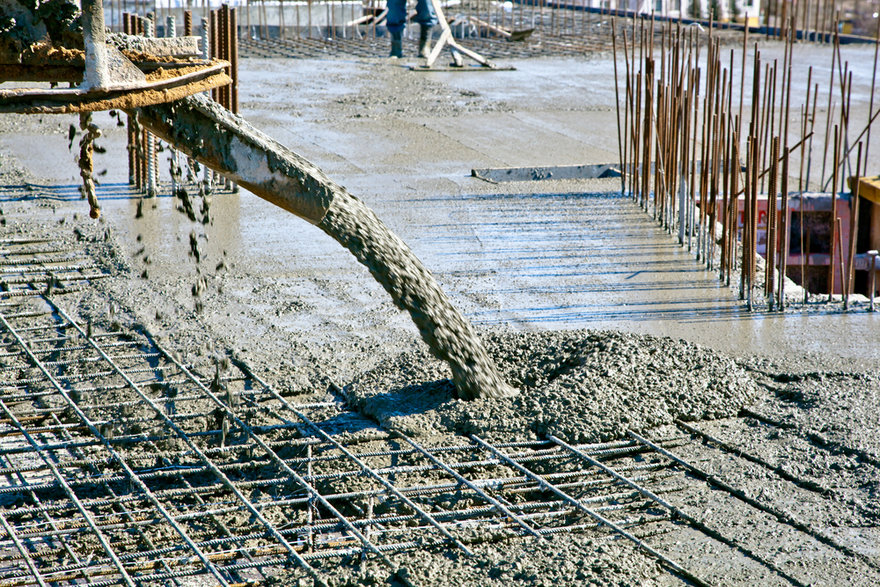 That’s a win for concrete plants, as they can use less cement to make the same amount of concrete, plus they get a green credential. CarbonCure has developed their injecting equipment into an add-on that can be retrofitted into an existing concrete plant’s facility in a single day, so the disruption is minimal. And once it’s up and running, the production time difference is negligible, and outweighed by the benefits, according to a case study: 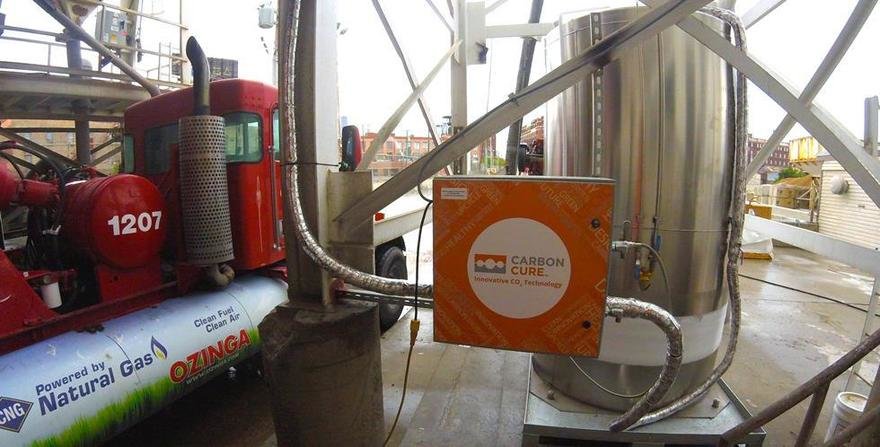 – 45 000 yd3 of concrete were produced over an 8 month period using a 5% binder reduction in conjunction with an optimized dose of CO2.

– The estimated cement savings exceeded 450 tonnes and more than 400 tonnes of CO2 emissions were avoided.

– The use of the technology did not impact the producer’s cycle time; all operations continued as normal throughout this assessment.

“We can save up to 500 million tons of C02 emissions every year,” the company reckons. “48,000 cubic yards of concrete saved 1.5 million pounds of CO2 on 725 Ponce in Atlanta. That’s equivalent to an acre of forestland sequestering CO2 for the next 800 years.”

While it’s not as good as if we’d never created the new C02 required by lime production in the first place, it seems unlikely that we’ll do away with concrete anytime soon. CarbonCure’s advances are a step in the right direction.