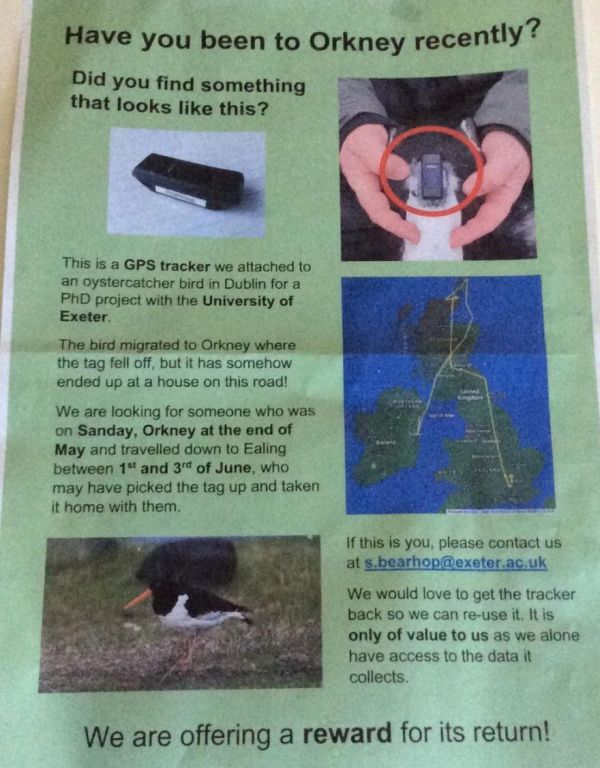 Scientists from the University of Exeter in the UK were tracking the migratory patterns of oystercatchers when the data seemed to go crazy. One of the birds’ tracking devices sent back data to show that it had been to a beach in Orkney, a pizza restaurant, a campground, various tourist attractions, and then to the London suburb of Ealing! While a bird might get a bite to eat at a pizza restaurant, the rest made no sense and the research team assumed that the tracker had fallen off the bird. But then what happened?

Mike German had been on vacation in Orkney, where he found a mysterious device on the beach. He put it in his pocket and forgot about it until he got home, then put it somewhere else and forgot about it. Read how the story comes together and what the university went through to get its tracker back at BBC News. -via Strange Company

Foods That Went from Gross to Glorified

A Navajo Artists Family’s Take on Love, Compassion, and Resistance