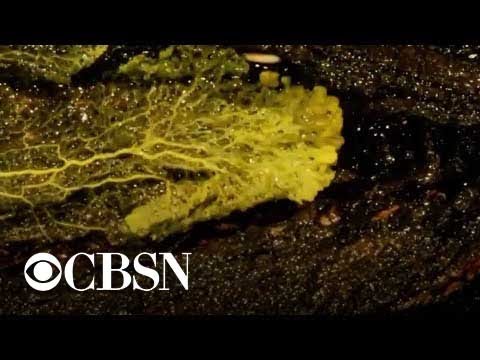 Home to some 180 species is the Paris Zoological Park. Many of these species would fall in the “standard zoo fare” category, like zebras, giraffes, penguins, toucans, turtles, and other common animals you would see in a zoo. This week, however, would be a surprise for everyone, as the Paris Zoological Park unveils a mysterious creature. It’s not a fungi, nor is it an animal.

Physarum polycephalum is a yellow-hued slime mold, a group of organisms that are not, in spite of their name, fungi. Slime molds also aren’t animals, nor are they plants. Experts have classified them as protists, a label applied to “everything we don’t really understand,” Chris Reid, a scientist who has studied slime molds, told Ferris Jabr of Scientific American back in 2012.

Like other slime molds, P. polycephalum is a biological conundrum—and a wonder. It’s a single-celled organism with millions of nuclei that creeps along forest floors in search of bacteria, fungal spores and other microbes. It can detect and digest these substances, but it doesn’t have a mouth or stomach. The Paris Zoological Park grew its organism in petri dishes and fed it oatmeal, which it seemed to like, reports CNN’s Julie Zaugg. Zoo staff named the creature the “blob” after a 1958 horror B-movie, in which a gloopy alien lifeform descends upon a Pennsylvania town and devours everything in its path.

More details of this blob over at Smithsonian.com.