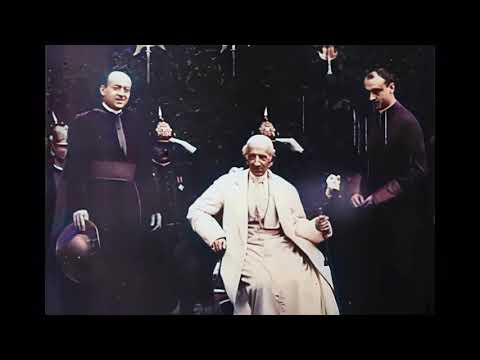 For some time now, we’ve been referring to the history of cinema as a century, but that’s not quite accurate anymore. It’s more than a century and a quarter at this point. This restored and colorized sequence was filmed in 1896. It features Pope Leo XIII, the first pope to ever appear in a motion picture (and who was also noted for his preferred wine). Leo was born in 1810, during the reigns of Napoleon and King George III, and was 86 years old when the film was shot. It is thought that this makes him the earliest-born person to ever appear in a motion picture. If anyone was born before 1810 and can be seen in moving pictures, I’d like to see them. Meanwhile, enjoy a blessing from the pope, 125 years after the fact.