The following is an article from The Annals of Improbable Research, now in all-pdf form. Get a subscription now for only $25 a year! 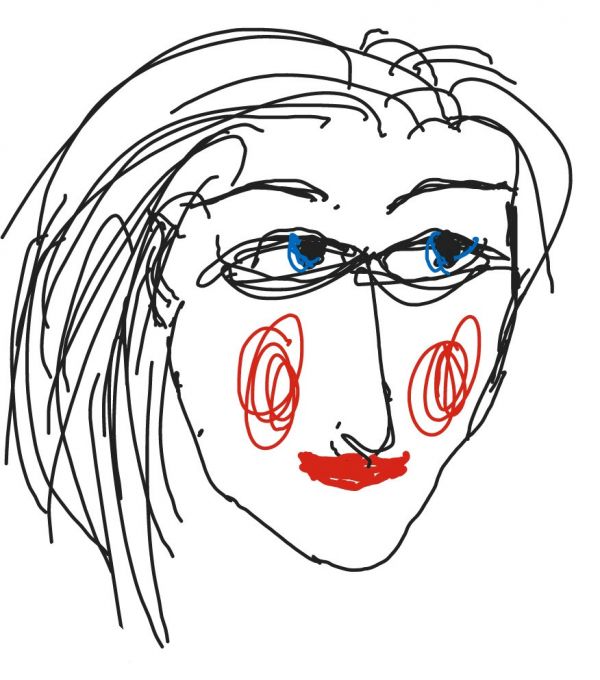 Blushing About Blushing
“I Blush, Therefore I Will Be Judged Negatively: Influence of False Blush Feedback on Anticipated Others’ Judgments and Facial Coloration in High and Low Blushing-Fearfuls,” Corine Dijka, Marisol J. Vonckenb and Peter J. de Jong, Behaviour Research and Therapy, vol. 47, no. 7, 2009, pp. 541–7. The authors, at the University of Groningen and at Maastricht University, report:

We investigate whether people attribute costs to displaying a blush. Individuals with and without fear of blushing were invited to have a short conversation with two confederates. During the conversation, half of the individuals received the feedback that they were blushing intensely. The study tested whether the belief that one is blushing leads to the anticipation that one will be judged negatively. In addition, the set-up permitted the actual physiological blush response to be investigated. In line with the model that we propose for erythrophobia, participants in the feedback condition expected the confederates to judge them relatively negatively, independent of their fear of blushing. Furthermore, sustaining the idea that believing that one will blush can act as a self- fulfilling prophecy, high-fearfuls showed relatively intense facial coloration in both conditions, whereas low-fearfuls only showed enhanced blush responses following false blush feedback. 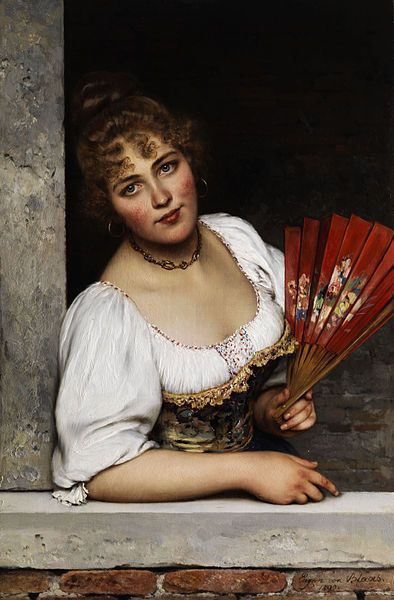 The Blushing Propensity Scale, a battery of personality measures, and a questionnaire about blushing were completed by 225 undergraduates. The frequency with which [subjects] reported blushing correlated most strongly with measures that reflect people’s concerns with how they are regarded by others. Four predictors (embarrassability, interaction anxiousness, self- esteem, and refinement) accounted for 40% of the variance in blushing propensity scores. A factor analysis showed that 2 distinct but correlated factors accounted for situations that elicit blushing.

Towards the end of the eighteenth century British artists in particular represented their female sitters with pale, white skin and strikingly flushed cheeks. What did the blush as a corporeal eruption mean in a culture where the circulation and mixing of blood was a cause of great anxiety? … The gendered concept of whiteness that became legible in the depiction of European woman’s blushing skin will here be seen as both an expression of anxieties about racial purity and a means by which the English formulated ideals of femininity and nationhood.

We had 16 female and 16 male undergraduate volunteers watch a videotape intended to produce blushing (the individual’s singing recorded the previous day), and a videotape not intended to produce blushing, but elicit physiological responses for comparison (a segment from Hitchcock’s movie Psycho). Four people were present as a subject watched these video segments. Cheek and ear coloration, measured photoplethysmographically, cheek temperature, and finger skin conductance responses were significantly greater during stimulation intended to elicit blushing than during comparison stimulation…. Only video segments of the subject’s face that coincided with maximal cheek coloration during stimulation intended to produce blushing were judged reliably as blushing, and then more often in females than in males. 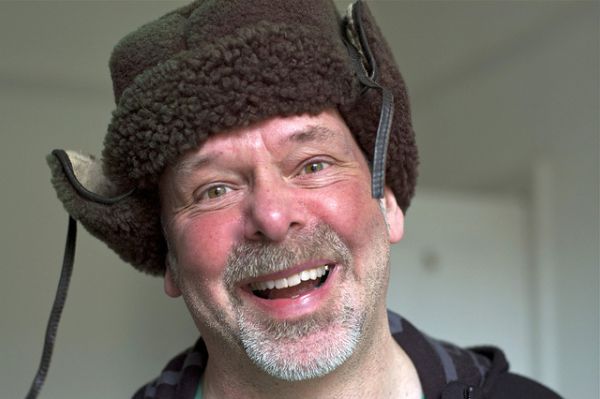 Women, with high (n=29) and low (n=28) fear of blushing, were exposed to a mild social stressor (watching a television test card in the presence of two male confederates) and to an intense social stressor (watching their own prerecorded “sing” video, in the presence of two male confederates). Facial coloration and facial temperature were measured and participants rated their own blush intensity. No differences in actual blushing emerged between both groups. Meanwhile, high fearful individuals’ self-reported blush intensity was significantly higher than that of low fearful individuals. Thus, fear of blushing seems to reflect a fearful preoccupation, irrespective of differential facial coloration. The present findings concord with cognitive models of social phobia. 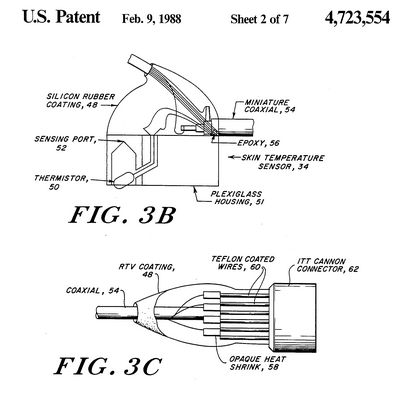 To investigate whether endoscopic bilateral transection of the upper thoracic sympathetic chain is efficient in the treatment of facial blushing, 244 consecutive patients were treated with bilateral endoscopic transthoracic sympathicotomy (ETS)…. There was no mortality nor conversion to open surgery. No Horner’s syndrome occurred. Two patients with postoperative pneumothorax were treated with intercostal drainage and one small pulmonary embolus was detected…. Facial blushing (mean ± SEM) was reduced from 8.7 ± 0.1 to 2.2 ± 0.2, P < 0.0001, by the operation. Heart palpitations in stressful situations were also reduced (3.7 ± 0.3 to 1.3 ± 0.1, P < 0.0001). The quality of life was substantially improved. The main side-effect was redistribution of sweating from the upper to the lower part of the body. Increased sweating of the trunk occurred in 75% of the patients. 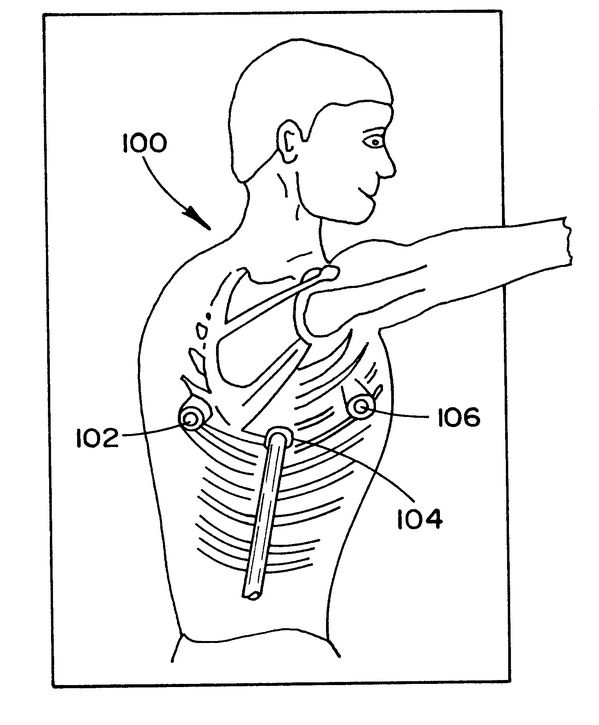 Detail from US patent 6356787, “Method of Treating Facial Blushing by Electrical Stimulation of the Sympathetic Nerve Chain.”

A single case is presented in which a client learned via hypnosis to gain control over her tendency to blush. The therapeutic meaning to the client of this internal control is discussed. 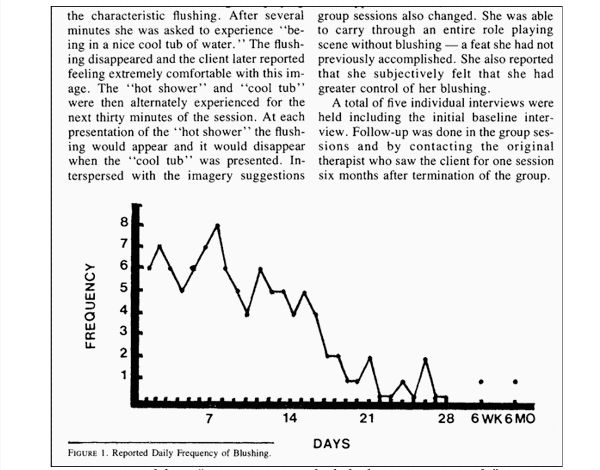 Detail from “Hypnotic Control of Blushing: A Case Study.”

Blushing increased as audience size increased from one to four, but not from zero to one. 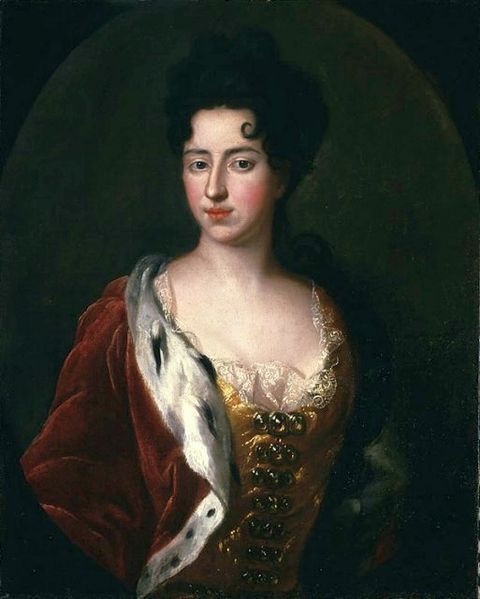 Blushing: A Corrective
“The Remedial Value of Blushing in the Context of Transgressions and Mishaps,” Corine Dijk, Peter J. de Jong, and Madelon L. Peters, Emotion, vol. 9, no. 2, 2009, p. 287–91. The authors explain:

We investigated whether blushing increased the remedial properties of shameful and embarrassed expressions. After reading a vignette describing either a transgression (Experiment 1; N 66) or a mishap (Experiment 2; N 62), participants saw pictures of people with or without a blush and rated them on several dimensions (e.g., sympathy, trustworthiness). The results of both experiments supported the hypothesis that blushing has remedial properties.

In a paper read before the XV International Psychoanalytic Convention in Paris, August, 1938, I pointed out that poor analytic successes with pathologic blushing can be ascribed less to the tenacity of the neurotic involvement on the patient’s part than to poor understanding of the dynamics on the analyst’s part. At that time I singled out four errors in the interpretation:

1) The symptom is typically interpreted as hysterical conversion, whereas the shifted and symbolic penis-exhibitionism is a late defense covering pre-Oedipal vicissitudes centering around mother’s breast;

2) The exhibitionism in the symptom is not genuine, but is a defense against more deeply repressed voyeuristic tendencies;

3) The pseudo-paranoiac ideas of these patients, frequently adduced to explain therapeutic failures, correspond to an inner defense: “Other people peep; I don’t.” 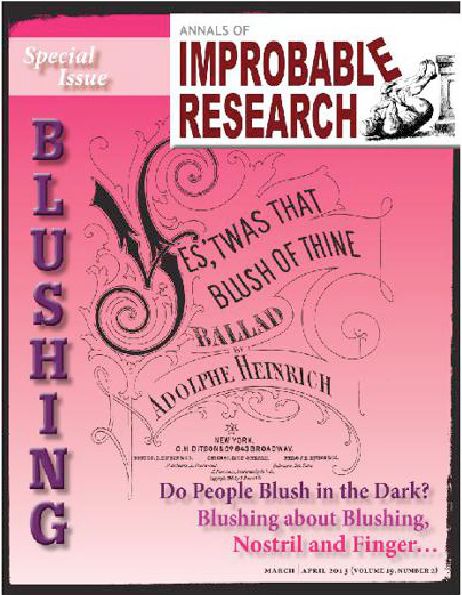 This article is republished with permission from the March-April 2013 of the Annals of Improbable Research. You can purchase back issues of the magazine or subscribe to receive future issues, in printed or in ebook form. Or get a subscription for someone as a gift! Visit their website for more research that makes people LAUGH and then THINK.