Folded down, the SPUD (Spontaneous Pop-Up Display), by startup Arovia, is roughly the size of a chunky book. It’s a portable projector attached to an unfurlable tent-like structure, similar to a photography studio softbox. It projects video inside the tent onto a translucent white fabric that you can see from the outside, essentially turning it into a collapsible monitor.

Now the company’s back with what they say is a better version. To shed the stink of the SPUD, they’ve rebranded it Splay. They say their improved 1920×1280 display is bright, but do not address the focus issue—the criticism with the SPUD was that you could have focus in the center of the screen or on the edges, but not both—and the unit can now be detached from the tent to serve as a portable projector.

Admittedly I’m not a traveling portable monitor user, but if I were, my first thought would be the size of the thing when unfolded. Readers my age will remember how much space CRT monitors took up; the desks in the design studios I worked at in the ’90s and ’00s were deeper than today’s desks, and with the ones that weren’t, you had to turn the monitor and work at an angle just to get the proper distance from it, or pull the desk away from the wall and have the ass-end of the monitor hanging off of it. 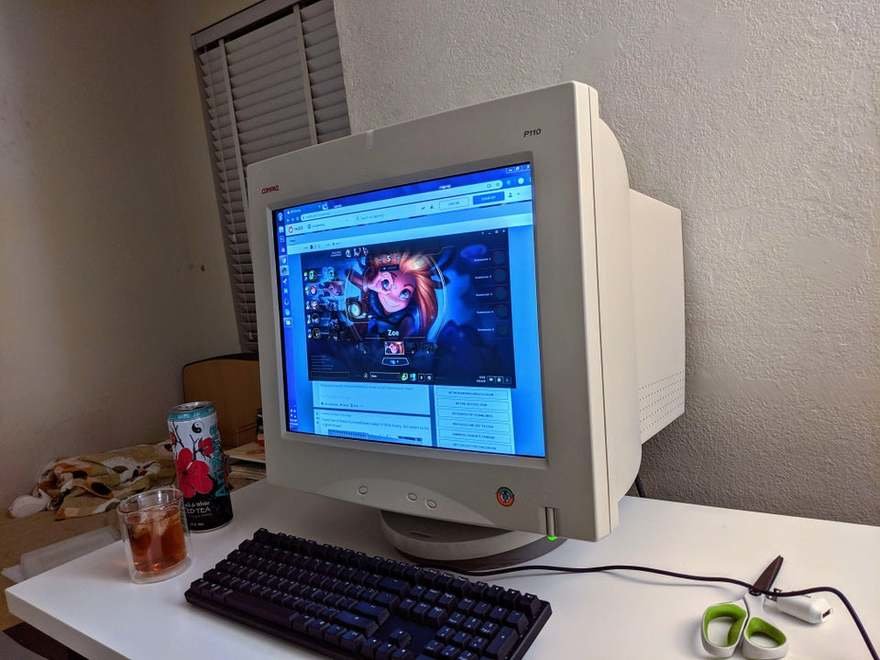 Notably, Arovia doesn’t mention precisely how deep it is. But in the shot below you can see that the screen is placed quite close to where you’d sit. I think that would take some getting used to. And while this is subjective, I wouldn’t have the sense of entitlement to set this up at a café, taking up that much table space for one person. 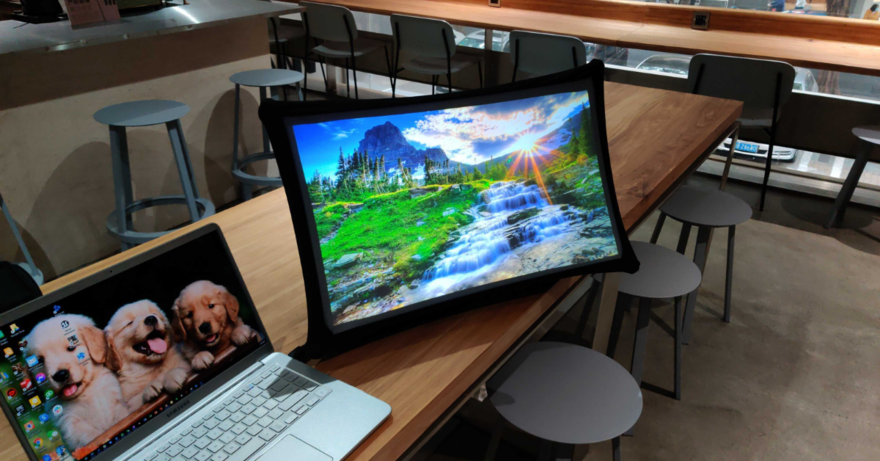 It’s expected to retail for $1,299, and they’re offering discounted pre-orders at $699 for their forthcoming second Kickstarter. These days you can get a pretty good 24-inch flatscreen monitor for $150 to $300. However, I guess the Splay wins out in the portability category, weighing just 2.5 pounds; a 24″ flatscreen weighs in around 7.5 pounds, and would require a special bag to transport.

I’m not quite sure who the target market is. The only situation where I can imagine this justifying the cost, is if I was a frequently traveling creative who needed an external monitor and often worked out of hotel rooms, where there was enough wall space that afterwards I could project a movie or play games. 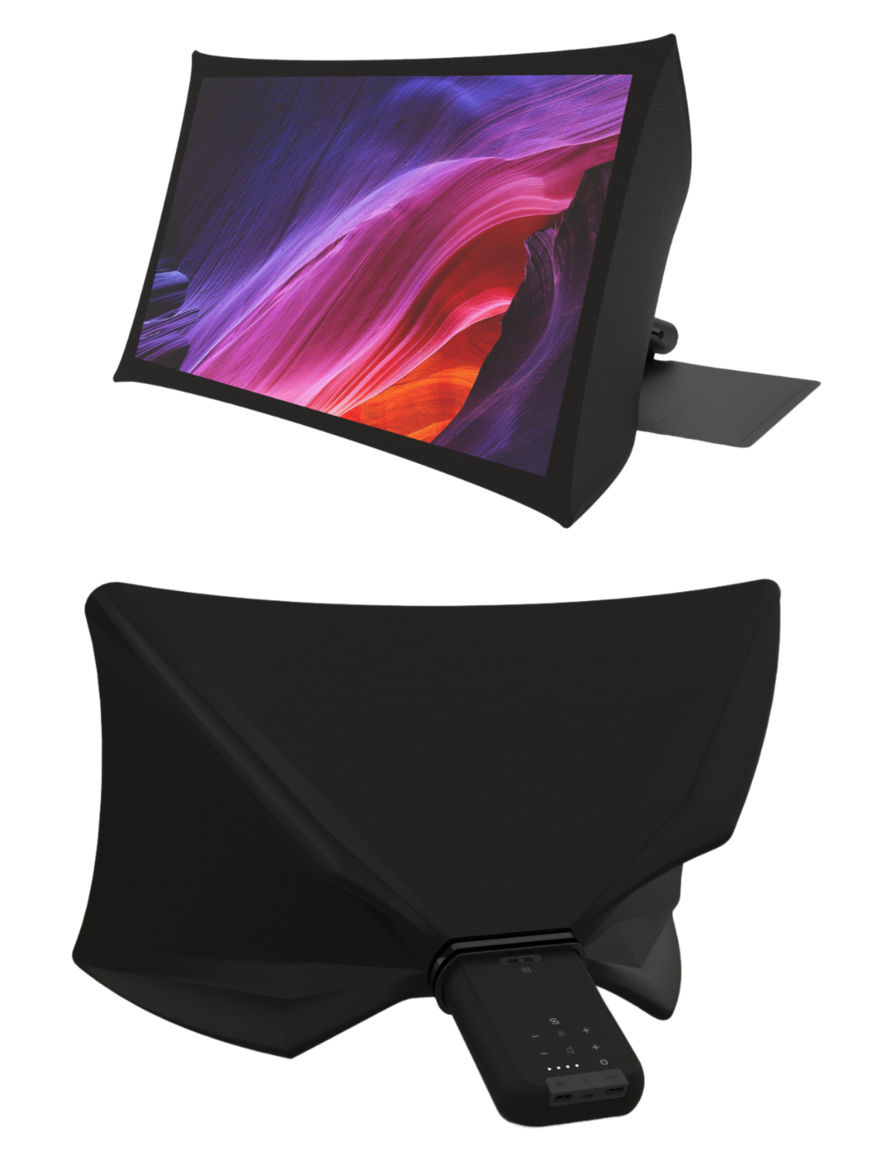 In any case, I’d not have guessed that the first-gen version would land that $711,397, so I’m not surprised the company’s back for more. The question will be whether they can stay off of that Shitty Kickstarters subreddit this time.