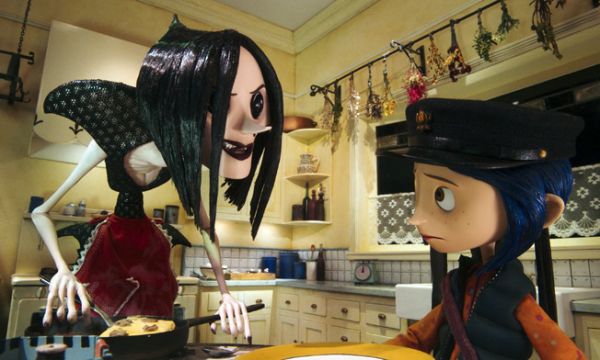 The 2009 movie Coraline is an “animated dark fantasy horror film,” while still being cute and whimsical enough for parents to take their children to see it. While some kids were traumatized, those who’ve read the Neil Gaiman book the movie was based on say it was much darker and more terrifying than the film. I’m not sure where this was originally posted, but Just Sock Thoughts collected the discussion thread for a Facebook post. I have neither read Coraline nor seen the movie, but one part of the discussion jumped out at me.

Now that’s what you call a cool literary tidbit! You can read the entire discussion about the difference between the book and the movie at Geeks Are Sexy.