There are strict bosses who make no exceptions to their rules and then there are toxic ones who bend them every chance they get only to exploit their workers.

Recently, Reddit user Gloglibologna submitted a post to the platform’s ‘Malicious Compliance‘ community, telling a story about a manager in their company that falls into the latter category.

The man demanded the employees stay at the office until the very end of their work hours, no matter whether or not they could actually do anything, but at the same time expected them to put in extra effort during their free time as well.

As you might guess, it didn’t take long before everyone grew sick and tired of these double standards. Continue scrolling to learn how Gloglibologna and their colleagues responded. 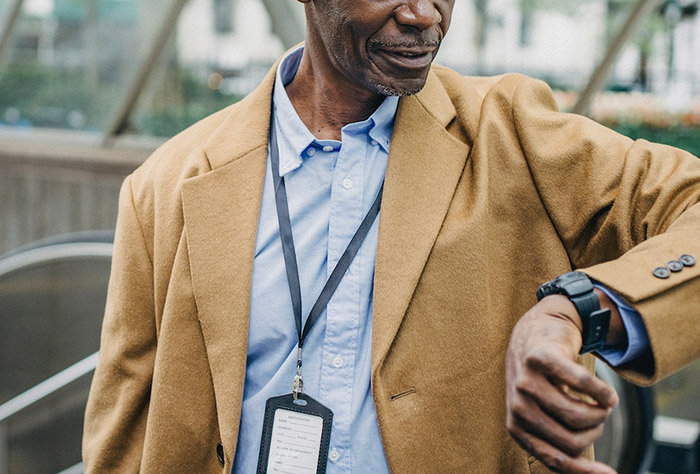 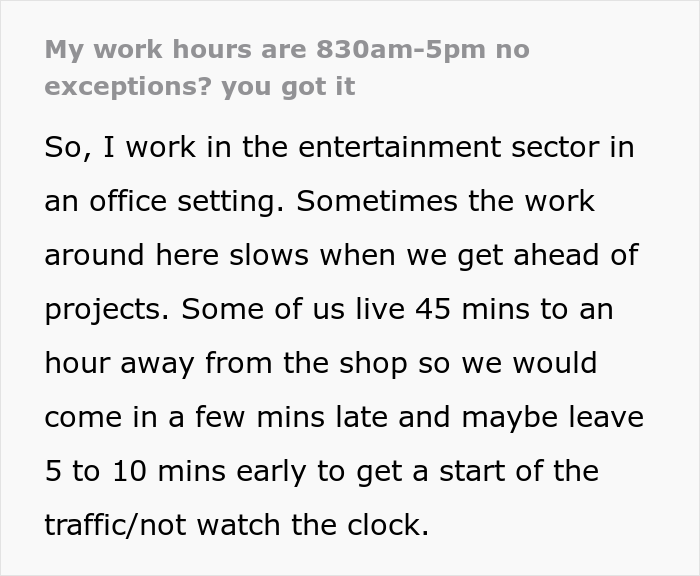 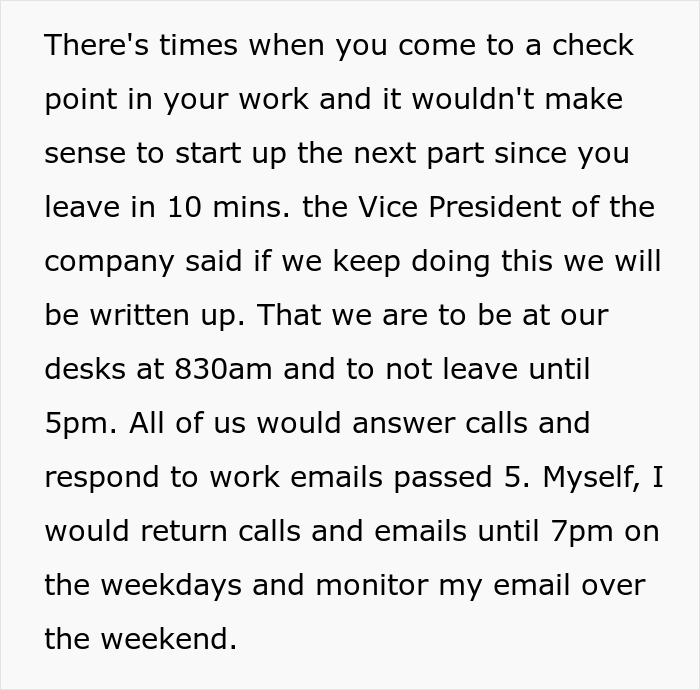 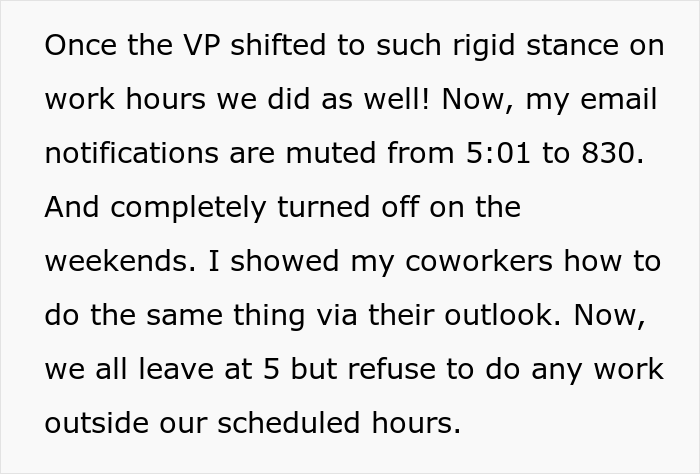 It drove the boss nuts 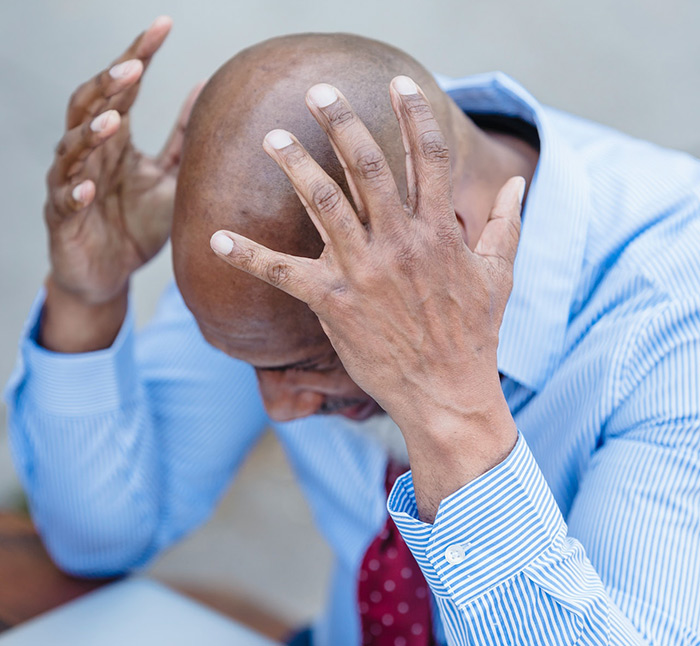 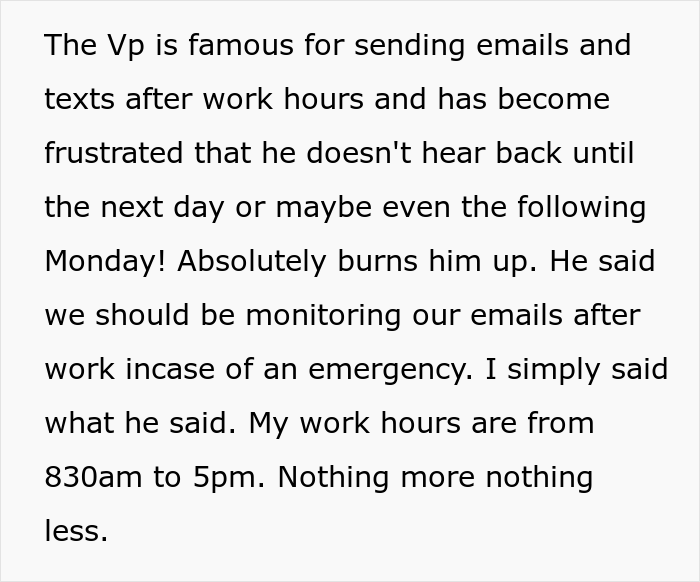 But there really wasn’t anything he could do about it 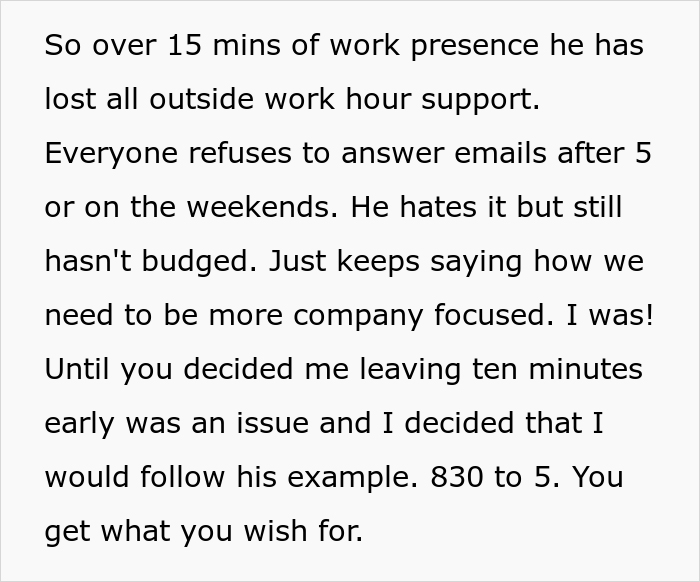 If we take a look at the 12 traits the Young Entrepreneur Council (YEC) thinks bad bosses have in common, we would notice multiple features that, at least from what we see in this post, fit the VP at Gloglibologna’s office.

The invite-only organization comprised of the world’s most successful entrepreneurs aged 40 and younger, believes that a one-size-fits-all approach to management, lack of empathy, and being focused on blame, rather than solutions and support (among other things) are the defining characteristics of lousy leaders.

And people do, in fact, often leave bosses, not companies. Even before they clear out their desk.

While much has been written about the Great Resignation, a new term has emerged to describe an increasingly common alternative to resigning, called quiet quitting. Driven by many of the same underlying causes as actual resignations, this concept refers to opting out of tasks beyond one’s assigned duties and/or becoming less psychologically invested in work.

To put it simply, quiet quitters continue to fulfill their primary responsibilities, but they’re less willing to engage in activities known as citizenship behaviors: no more staying late, showing up early, or attending non-mandatory meetings.

Gallup found that quiet quitters make up at least 50% of the U.S. workforce, and probably even more.

During the second quarter of 2022, the proportion of engaged workers stood at 32% but the proportion of actively disengaged increased to 18%. The ratio of these two groups is now 1.8 to 1, the lowest in almost a decade.

The overall decline is thought to be especially related to clarity of expectations, opportunities to learn and grow, feeling cared about, and a connection to the organization’s mission or purpose, signaling a growing disconnect between employees and their employers.

So no wonder there were so many people who related to Gloglibologna in the comment section below their post.

As the story went viral, people expressed their support for the original poster (OP), and some said they also had similar experiences 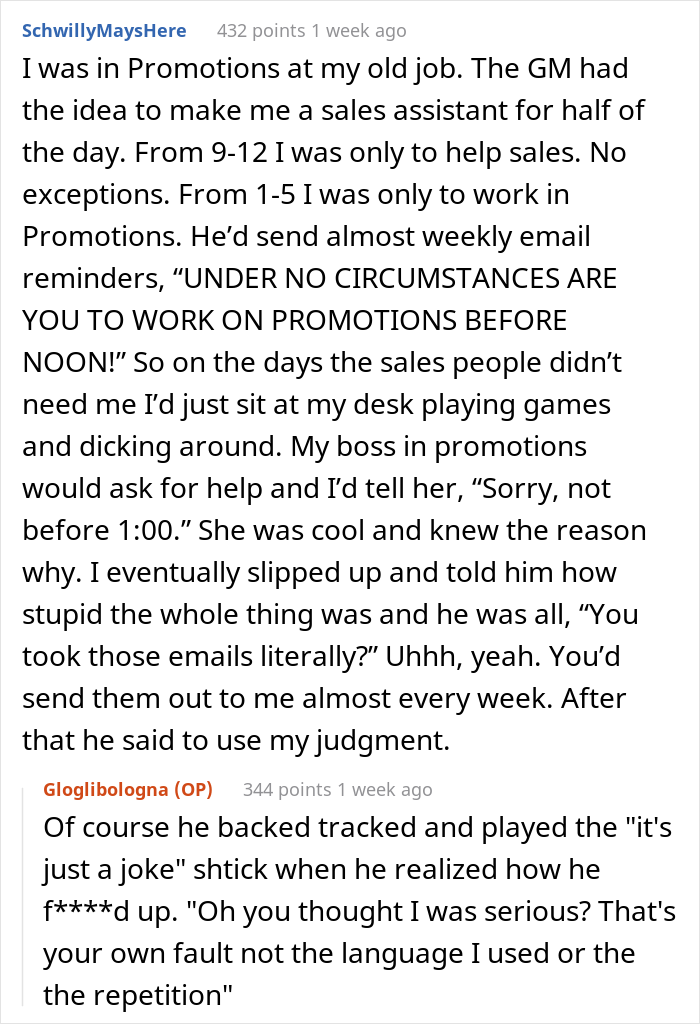 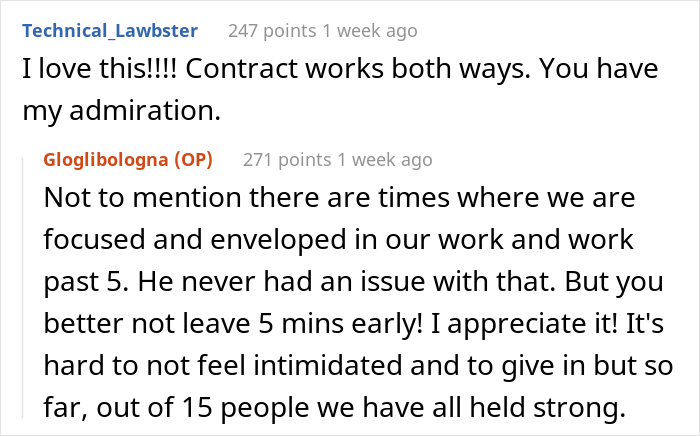 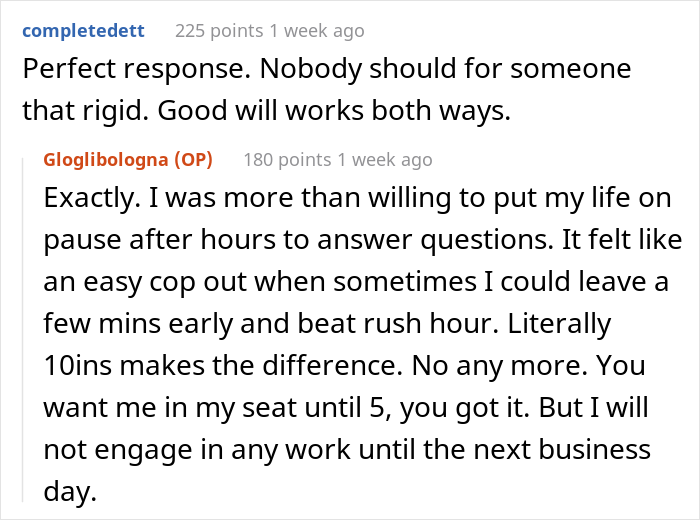 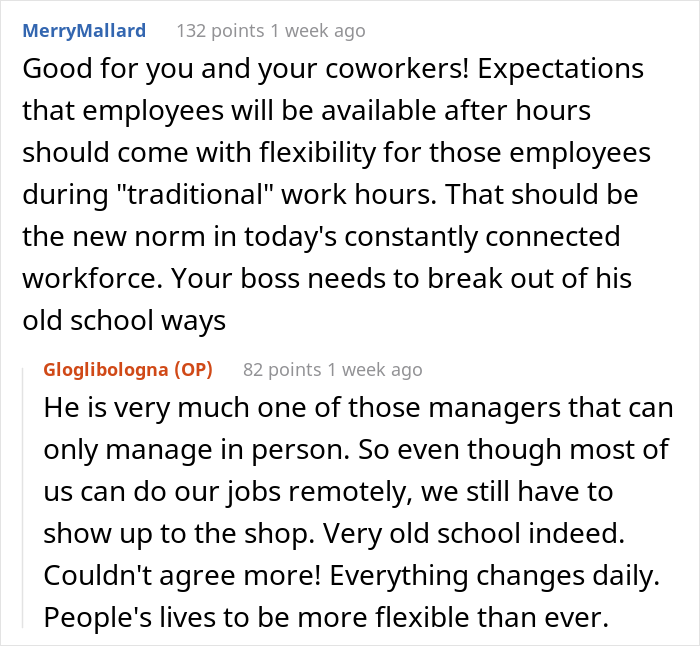 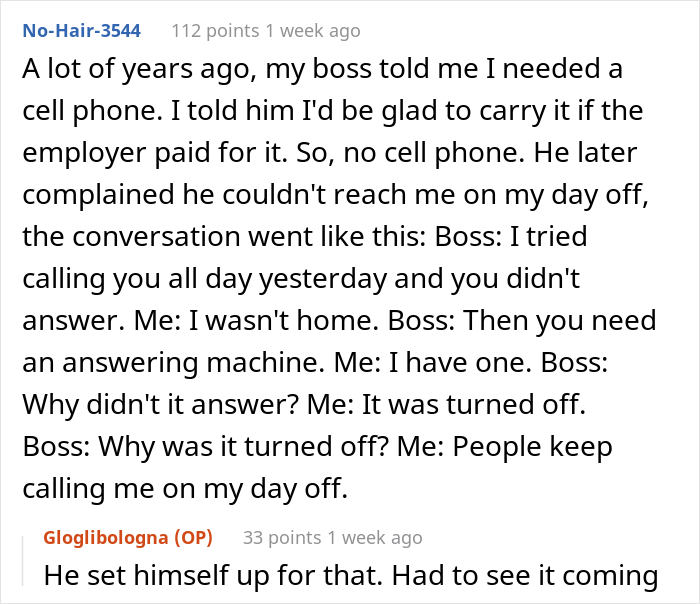 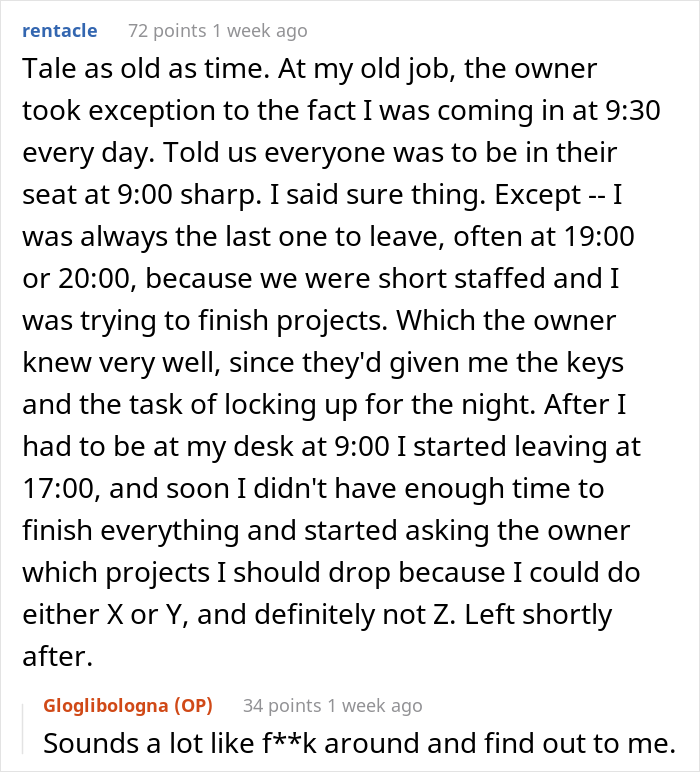 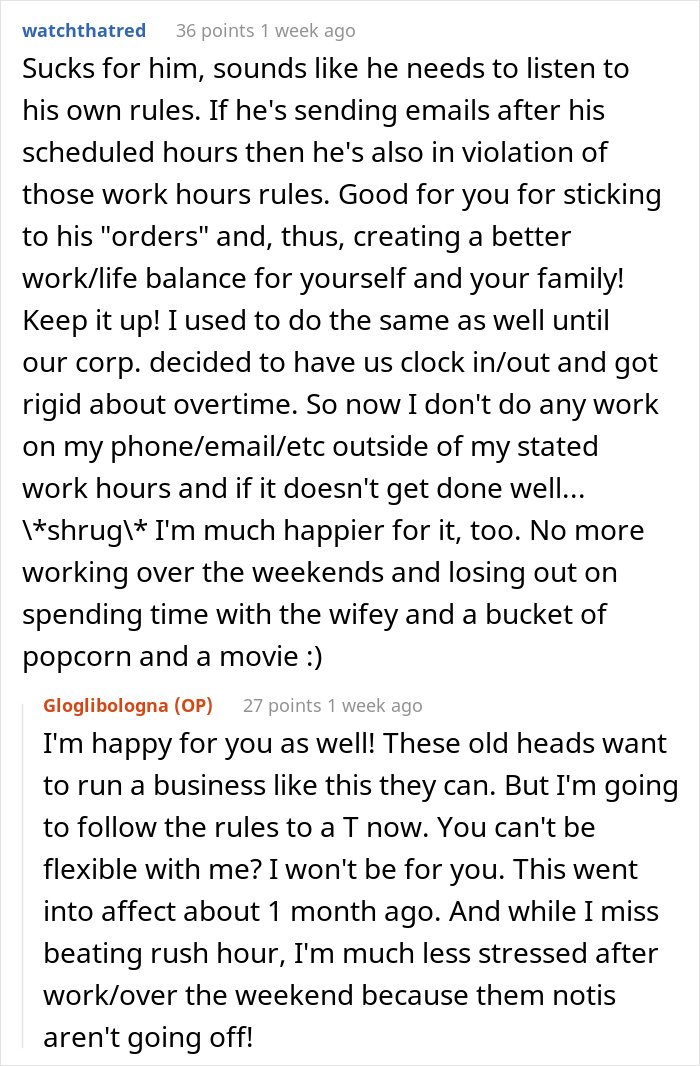 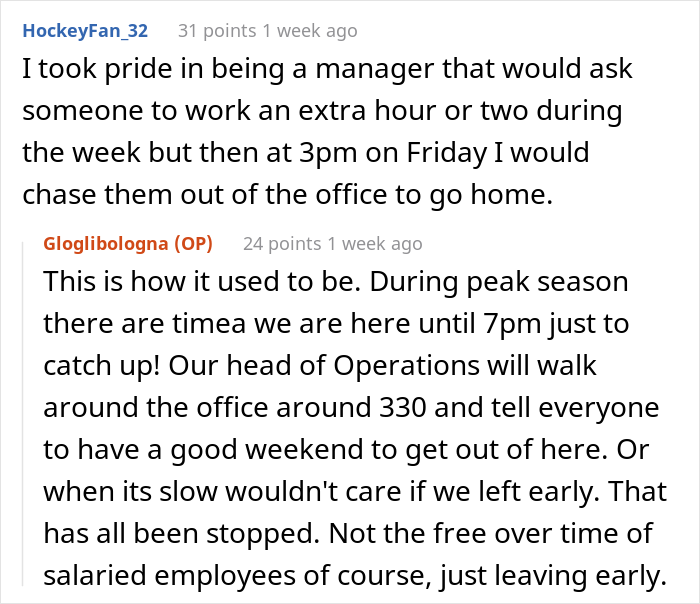 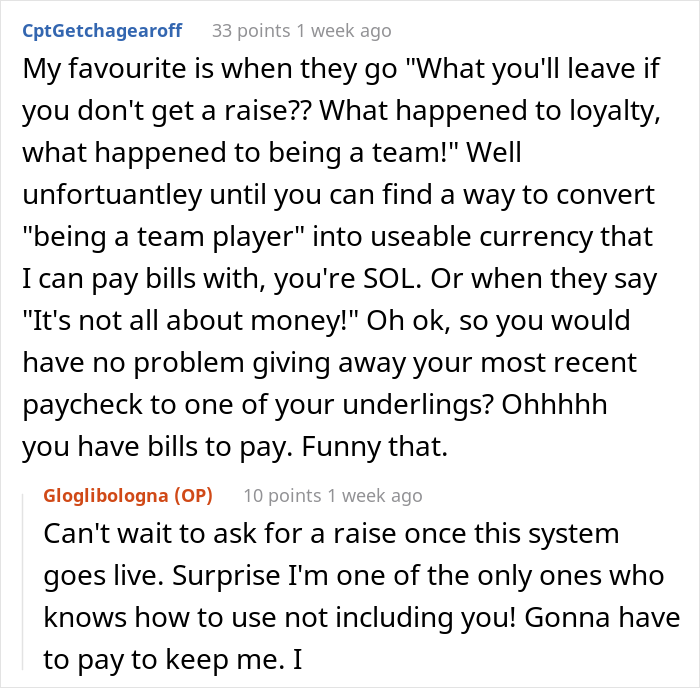 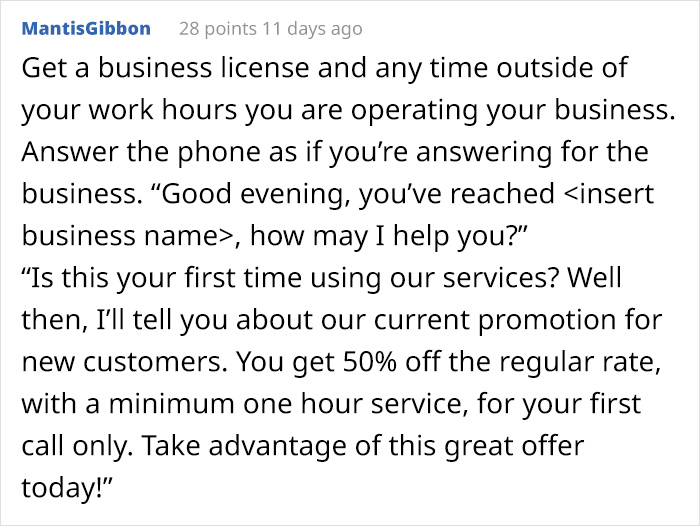 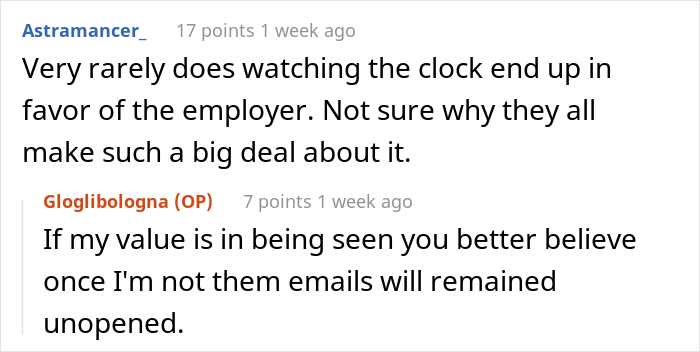 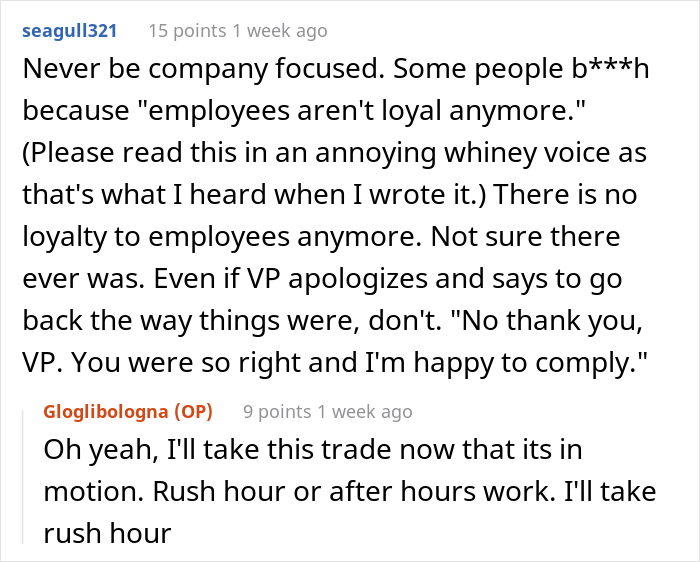 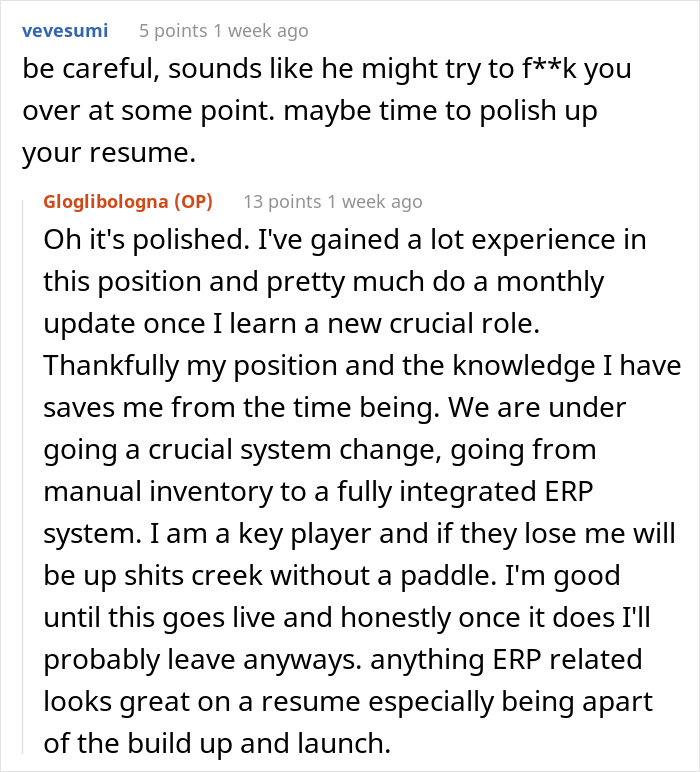 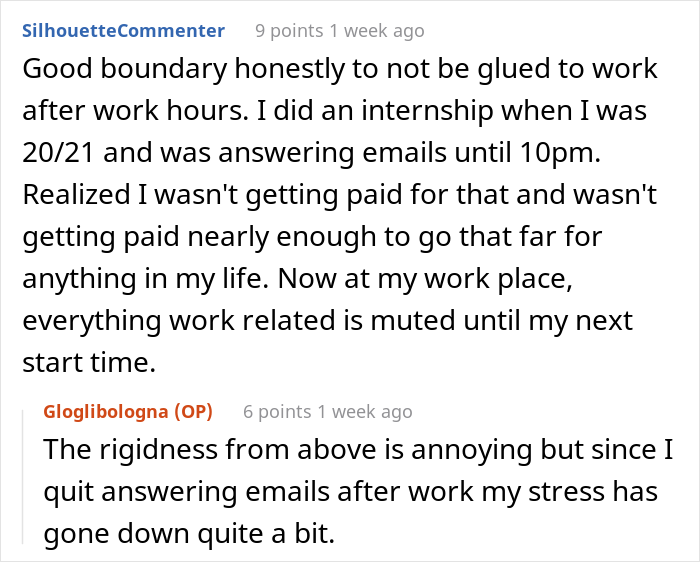 The post Boss Insists Employees Work Until The Last Minute, Gets Exactly That As They Stop Responding After Hours And On The Weekends first appeared on Bored Panda.