Nobody likes a micromanager. They poison the entire workplace. So when Redditor PugC’s new boss turned out to be one, he made their job miserable.

Instead of focusing on their actual responsibilities, PugC had to write countless (and lengthy!) reports that served no purpose at all.

That is until the boss had to explain himself to upper management and tried to make PugC the scapegoat of the whole team’s worsened performance. The Redditor presented all the evidence to the board and justice was served.

Micromanagers can make the workplace a living hell 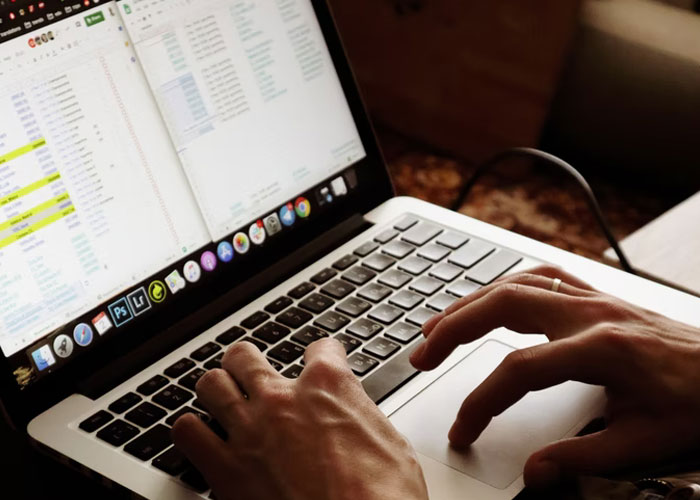 This one, however, got what he deserved 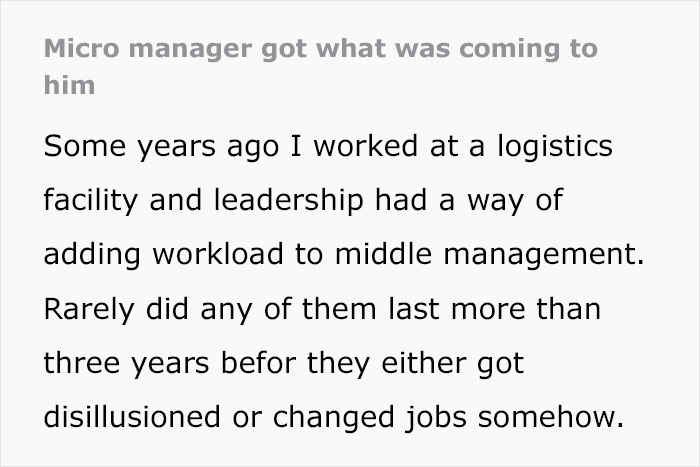 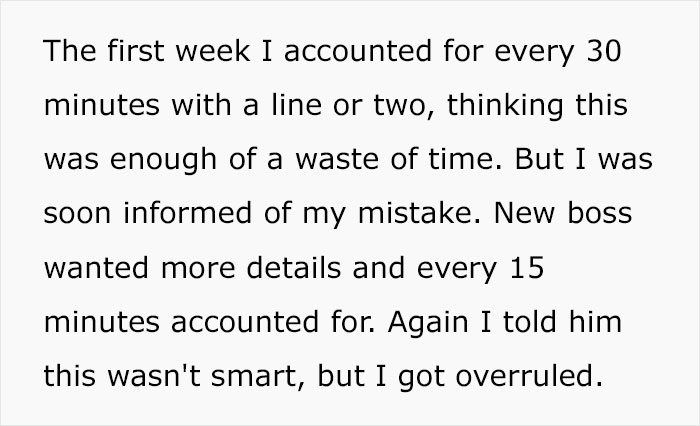 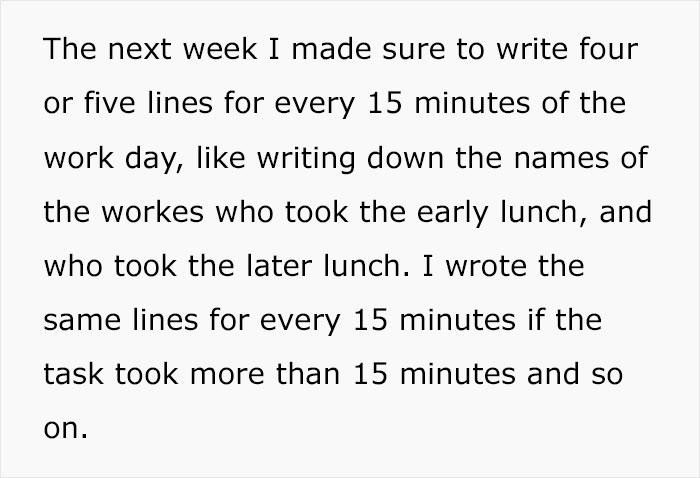 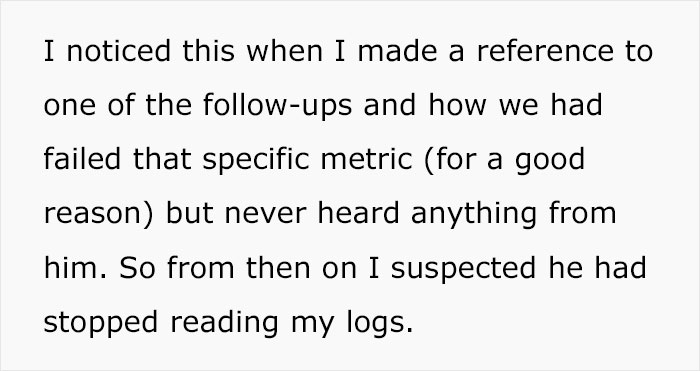 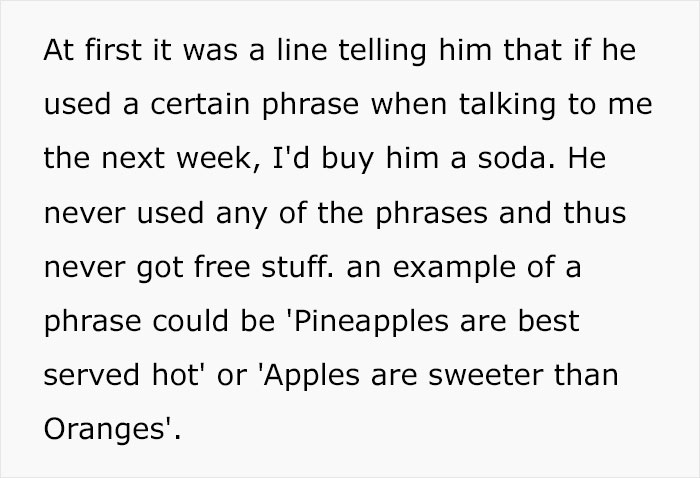 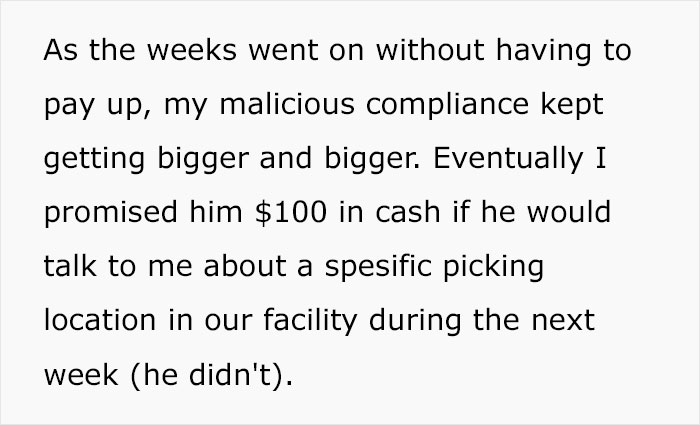 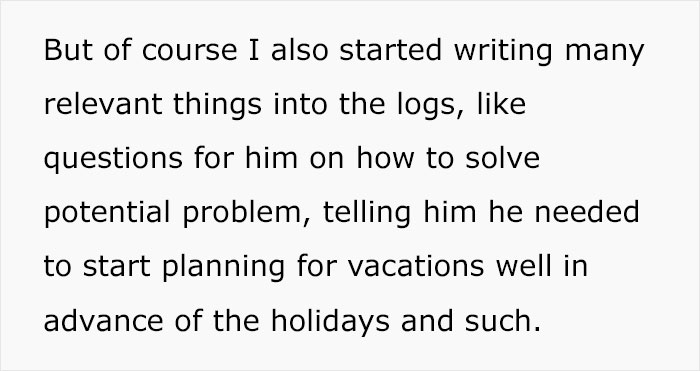 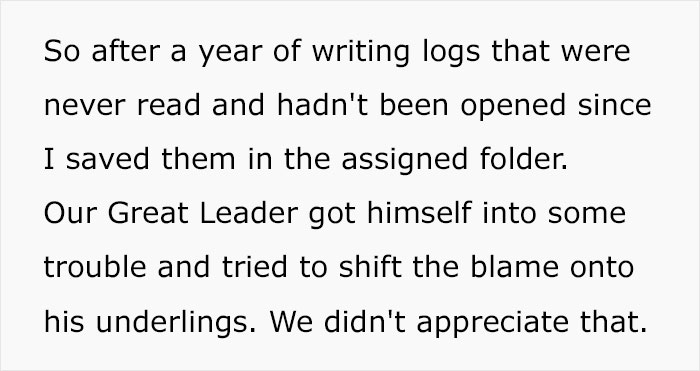 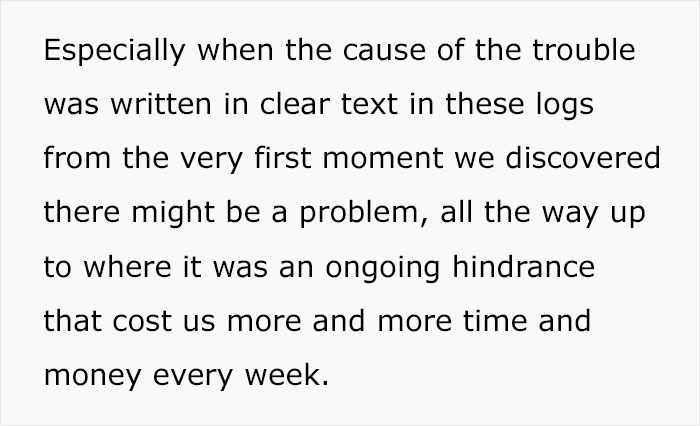 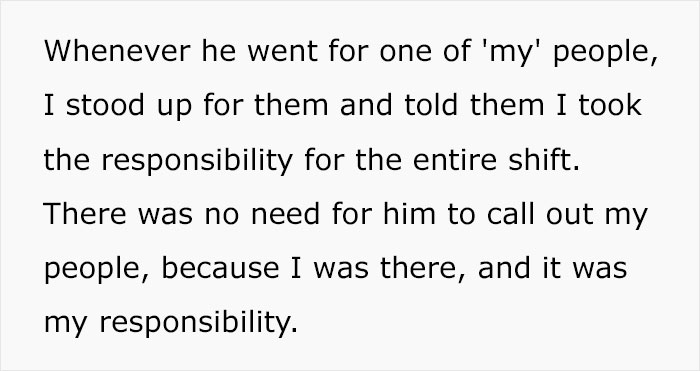 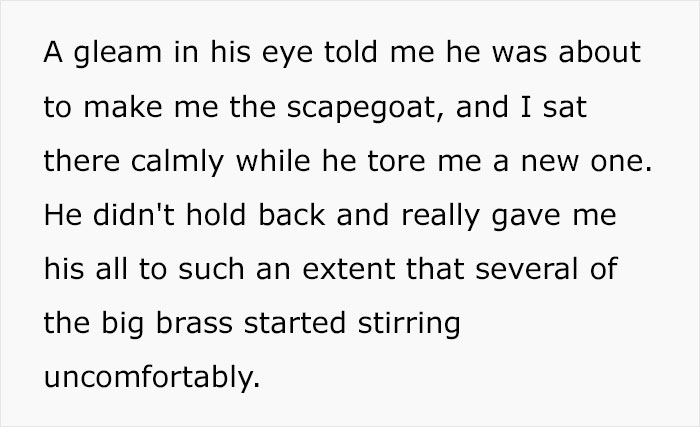 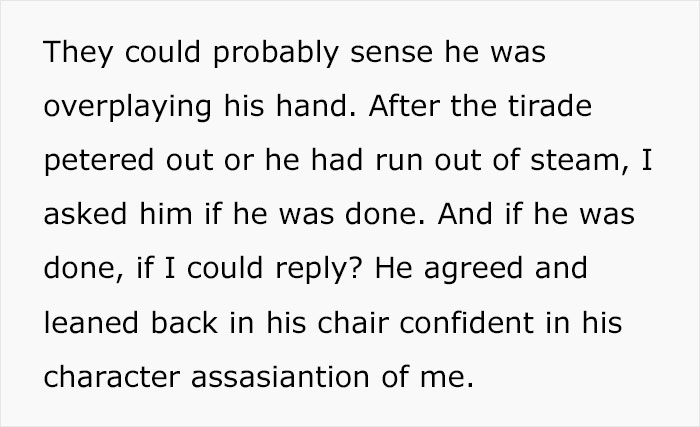 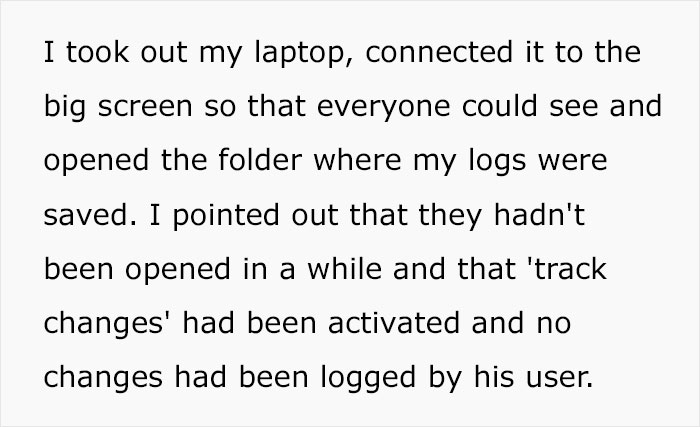 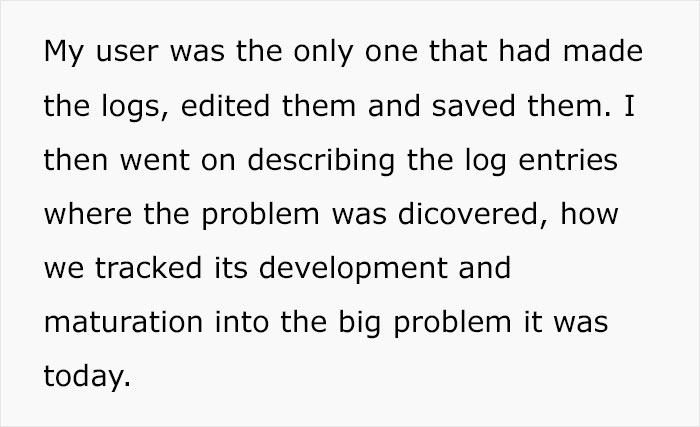 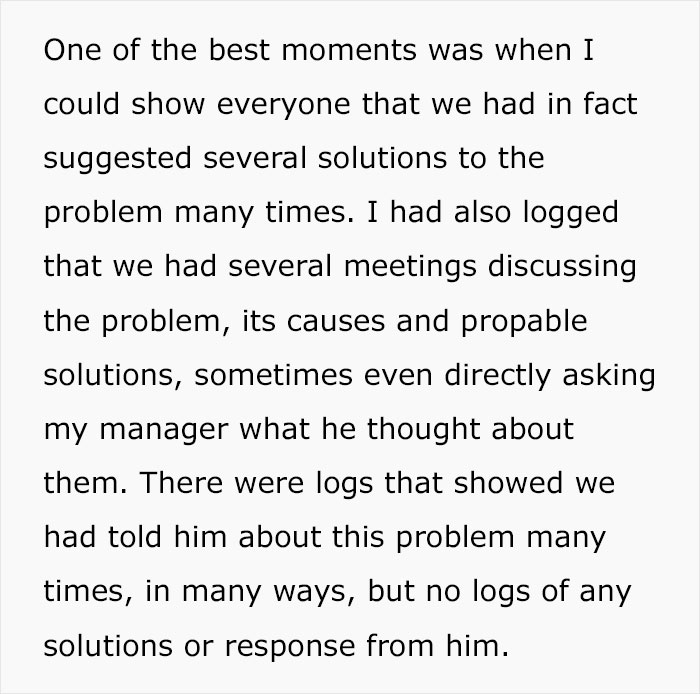 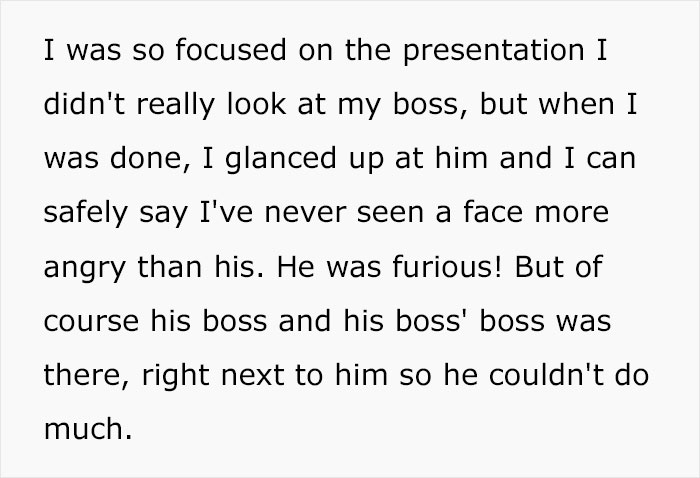 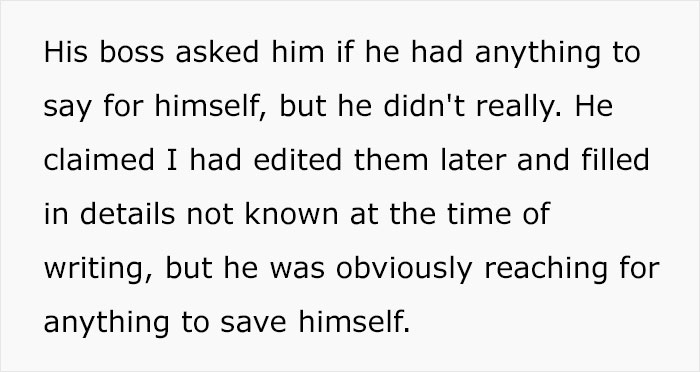 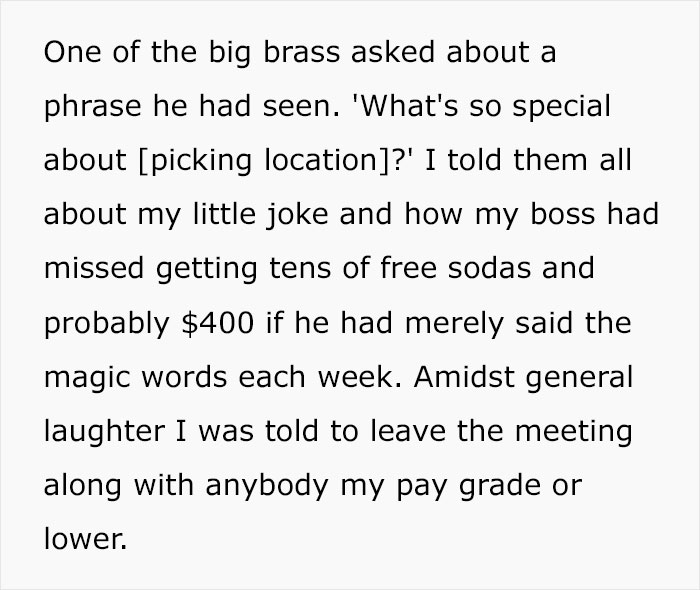 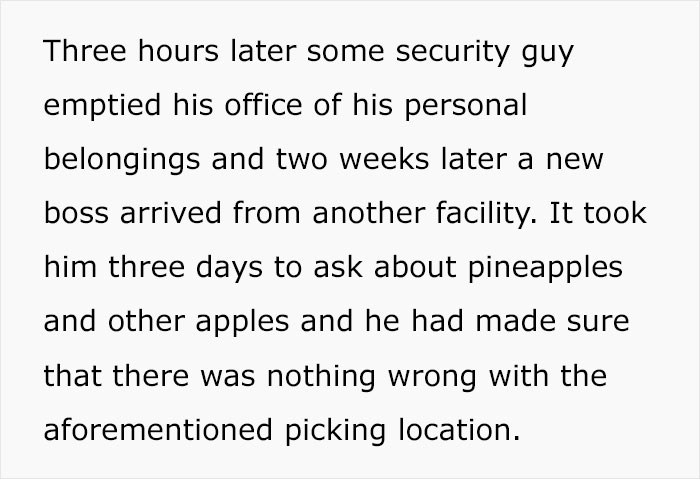 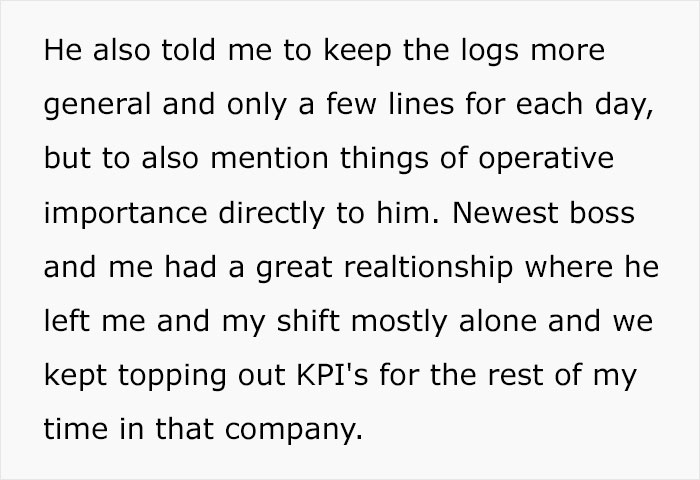 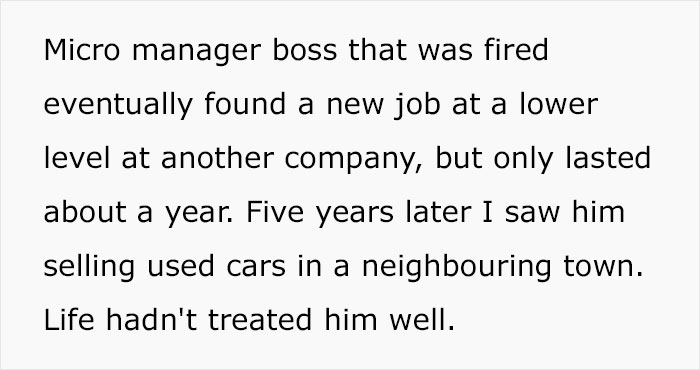 The excessive supervision that micromanagers put their employees under hurt the entire company.

Dima Suponau, the cofounder of Number For Live Person, believes micromanaging is even a form of bullying because it’s all about seeking control. So it’s no surprise that as a result employees feel disenfranchised, humiliated, belittled and their mental health deteriorates.

Here are some of the ways we all suffer when our bosses focus too much on scrutinizing our every move:

There is no straight answer to why people micromanage. Maybe they fear failure, have an extreme need for control and domination, are inexperienced in management, have insecurities, or don’t trust their team members.

If you suspect you’re being micromanaged (or if you’re wondering whether you are a micromanager yourself), here is a list of the most common characteristics that prove that:

Luckily, the career coach at Relaunch Me, Leah Lambart, said that with some careful attention and action, employees might be able to improve their work situation if they end up working for a similar boss to the one in the story. Here are 5 tips she thinks can be useful:

Understand the triggers. Since people may micromanage for a number of reasons, they may not even realize they’re doing it.

“More often than not, it could be due to a personality trait. Often individuals with strong planning and organizational tendencies find it difficult to delegate. They find it hard to trust that someone else can do the job as well as them, or within the timeframe that they expect,” she explained.

It might be difficult, but if get to the bottom of what triggers your boss, then you’ll be better equipped to dealing with it.

Next, build trust. It is key to any healthy relationship, be it personal or professional.

According to Lambart, “Trust takes time to build, so you need to earn it by demonstrating to your manager that you’re on top of things, ensuring that tasks are completed on time and notifying them when there are delays.”

Keeping your boss informed about the progress of your work can do wonders for you. “Sometimes building a personal relationship can also contribute to improving trust between two parties.”

Open up a dialogue about the situation. “Micromanagement can often have a very negative effect on employees, causing low morale, lack of confidence, stifled creativity, and a general loss of independence and freedom,” Lambart pointed out.

“If you feel that your boss’s micromanagement tendencies are impacting your ability to fulfill your role to the best of your ability, then it might pay to address the issue in a sensitive and discreet manner,” she said.

“You need to explain politely how their behavior makes you feel and also have some specific examples on hand. You may also like to explain that you are more fulfilled at work when you feel empowered and can work independently.”

Done respectfully, this conversation could really help you. Sometimes.

“Establish clarity around expected communication time frames, methods, and channels. If both parties are aware of what is expected in terms of communication, then there is less need for managers to be constantly checking in,” she said.

It’s often a good idea to continue to be proactive and talk to your boss, making sure they’re happy with your output. It might prevent things from slipping back to how they were.

“If your manager wants to be informed regularly then set up a regular communication channel to keep them informed before they need to ask,” Lambart suggested.

But if everything fails, who knows, maybe malicious compliance can work, too. After all, it did for PugC. 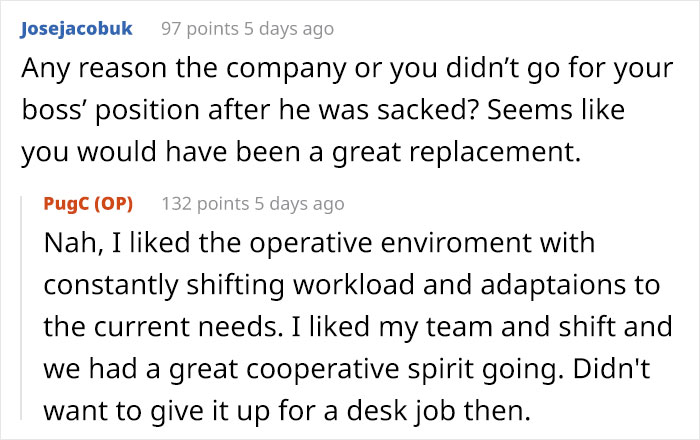 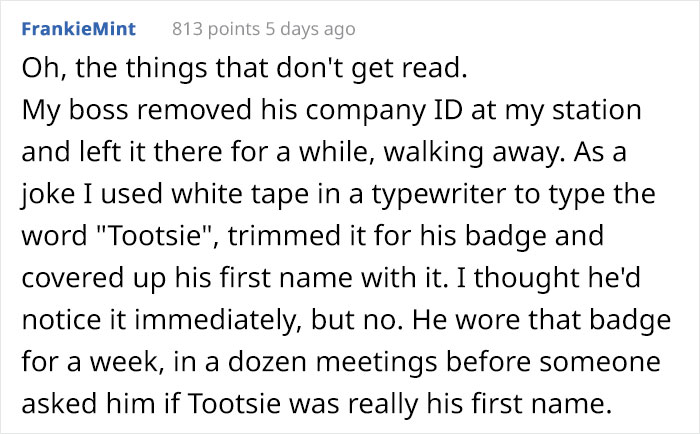 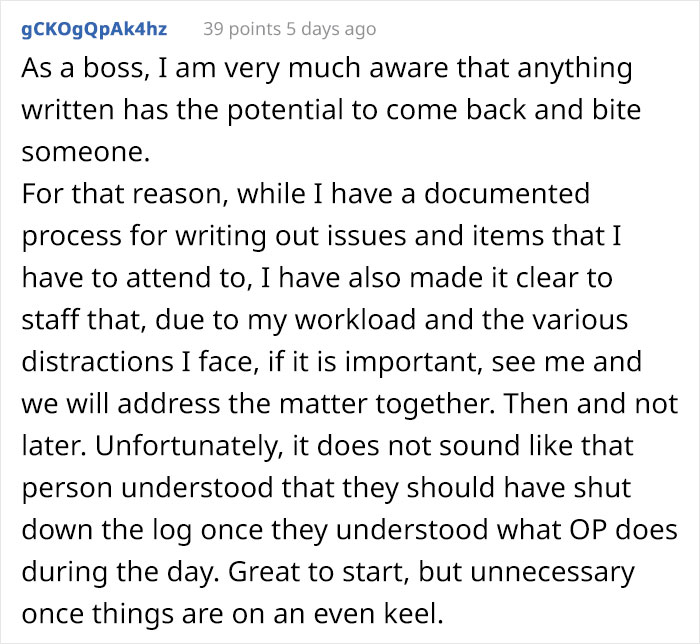 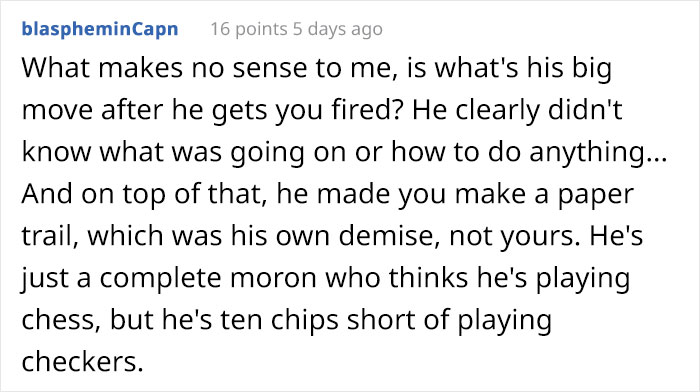 The post Boss Is Fired After The Shift Manager Proves That He Micromanages Employees And Tries To Put The Blame On Them first appeared on Bored Panda.