What’s your typical work-day lunch? Do you like to bring leftovers from the night before or order from a nearby café? Maybe you’re a simple microwave ramen guy or gal? Personally, I don’t think you can ever go wrong with some soup or a nice sandwich for lunch. But if I’m really on my game, I’ll think ahead and make a large enough batch of curry or risotto the night before, so I can bring leftovers with me to the office.

Our lunch breaks are supposed to be exactly that – breaks. But unfortunately for one employee, his boss has decided that this meal is the perfect opportunity to make sexist comments and dictate what her workers are allowed to eat. Below, you’ll find the story that BleachBasedCocktail recently shared on Reddit detailing how jealous his boss has become of his impressive cooking skills.

Let us know in the comments how you would respond in this situation, and if you’ve ever had similar beef with your employer, feel free to share those stories as well. Then if you’d like to read another Bored Panda article featuring workplace lunch time drama, we recommend checking out this story next!

After his boss became jealous of his cooking skills, this employee was banned from bringing nice lunches to work 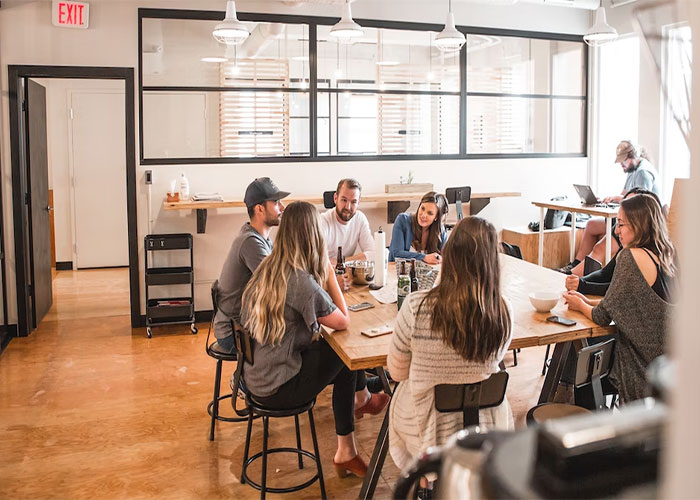 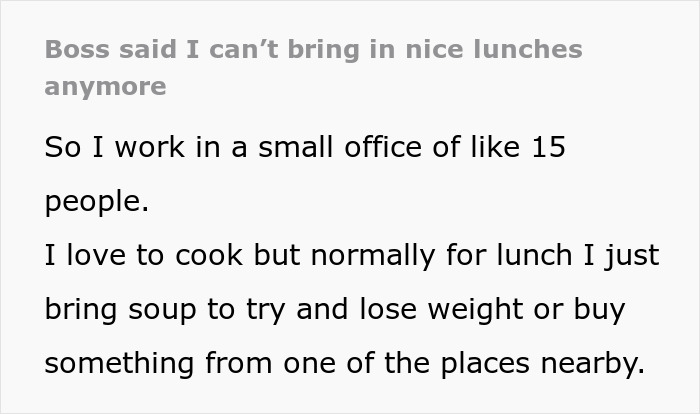 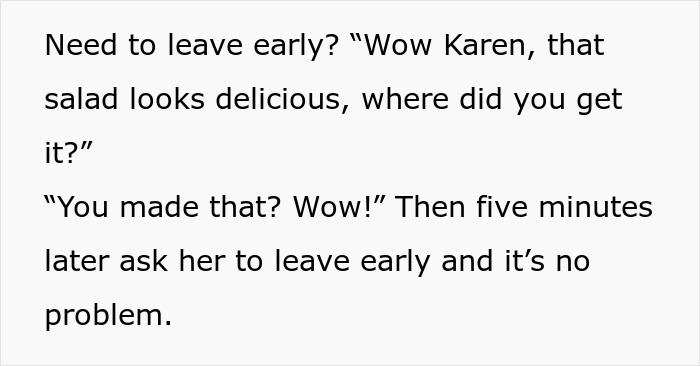 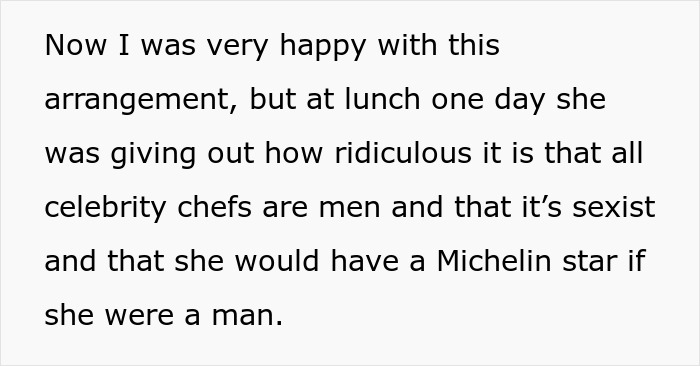 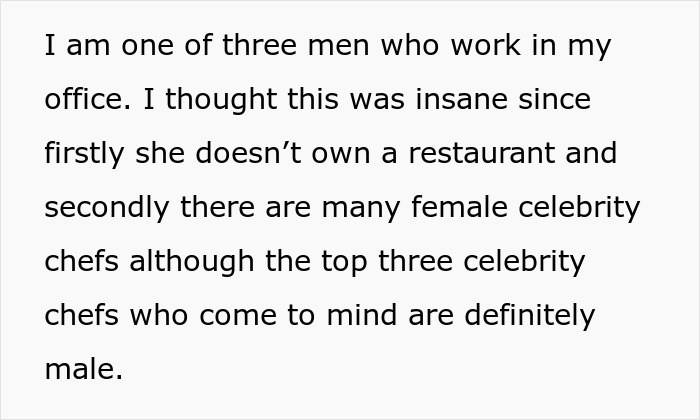 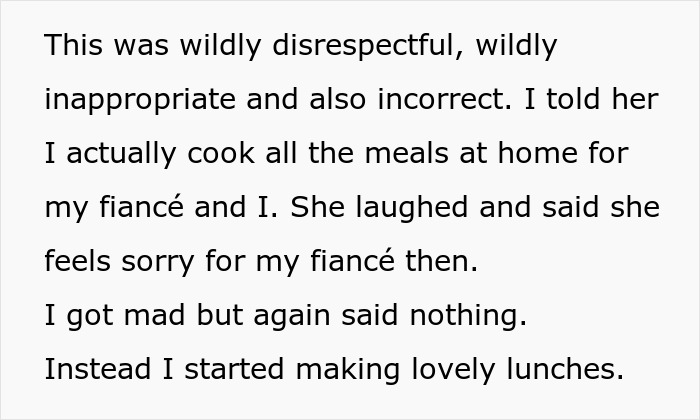 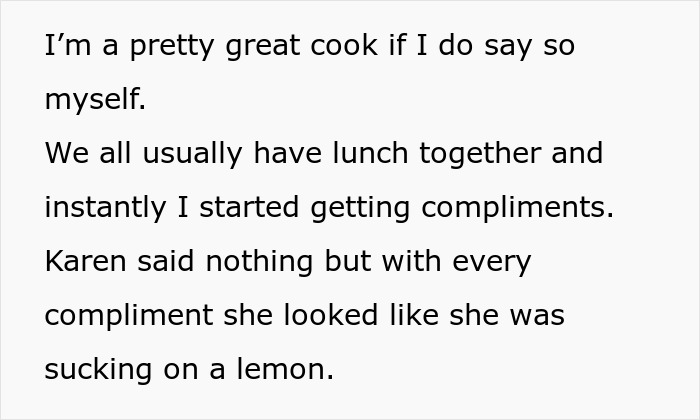 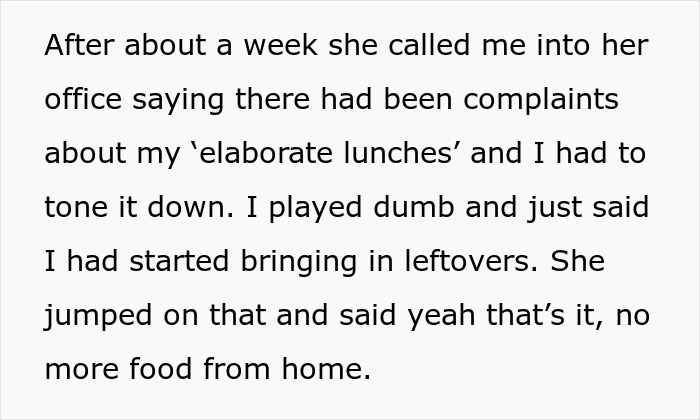 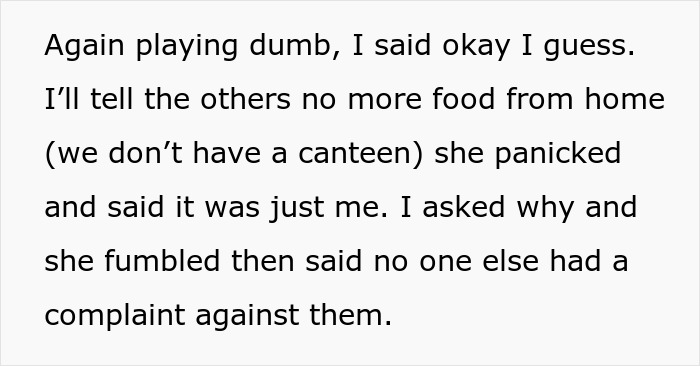 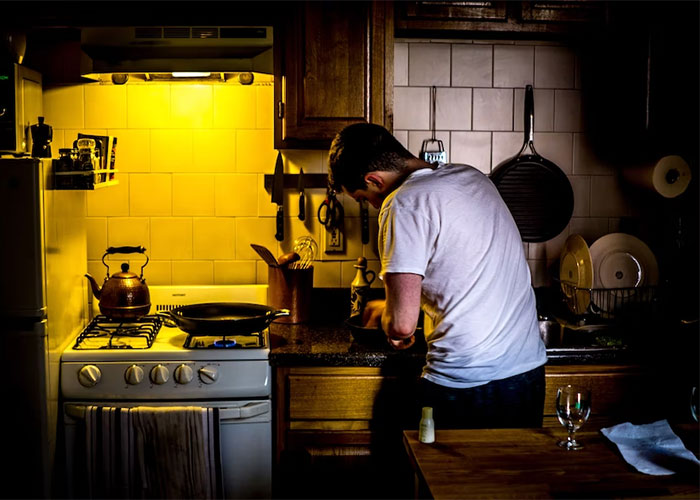 While we’re on the clock, our bosses may be in charge of many things, but what we decide to eat for lunch is out of their jurisdiction. It is extremely unprofessional for this employer to feel she has the right to dictate what her workers are allowed to eat, especially after making inappropriate comments implying that this employee can’t know how to cook just because he’s a man. She is right in noting that the culinary world is dominated by men, as over 74% of the chefs in the United States are men, but this does not mean that they aren’t excellent at their jobs. Anyone can learn how to cook, regardless of their gender, and it is unfair for this boss to take her jealousy out on an innocent employee, especially one who actually knows how to cook.

As ridiculous as this situation is in the first place, it does seem like something that should be reported to Human Resources if it continues to escalate. If this employee is actually punished or scolded for continuing to pack his own lunches, it could qualify as harassment, depending on the severity of the situation. Now, not all harassment in the workplace is technically illegal, according to the U.S. Equal Employment Opportunity Commission, but it should always be reported, so it can be shut down. And in this case, if the harassment is happening based on this employee’s gender, it would be considered illegal and taken even more seriously than simply distasteful comments.

At the end of the day, what we bring for lunch has absolutely nothing to do with how well we perform our jobs, and it shouldn’t be anyone else’s business. If you pack a peanut butter and jelly sandwich, that’s your prerogative. If you bring a three course meal that took you hours to prepare the night before, that’s fine too. As long as you get your work done and don’t bother any of your colleagues, bon appétit!

Being the boss definitely does not give the woman in this story the right to make derogatory or sexist comments to her employees, and being jealous over lunch is extremely petty. We would love to hear your thoughts on this situation in the comments down below, and if you’ve ever found yourself sandwiched between workplace drama in the lunchroom, feel free to share your stories as well. Then if you’re interested in devouring another Bored Panda article featuring lunch time beef, check out this story next!

Readers called out the boss for her ridiculous rule, with some even noting that she should be paying for the employee’s lunches if he can’t bring food from home 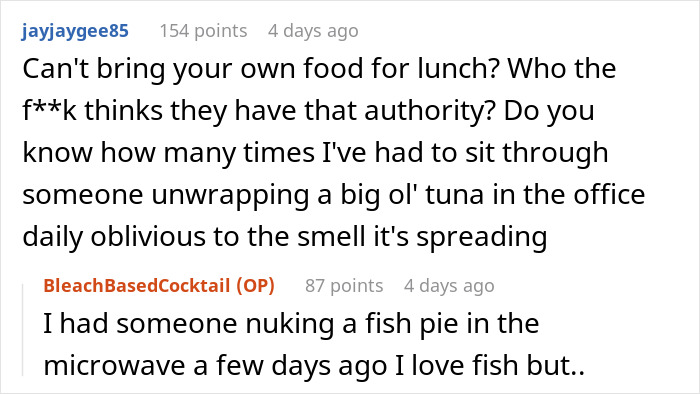 The post Boss Is Jealous Of This Guy’s Cooking Skills, Tells Him “No More Food From Home” first appeared on Bored Panda.