According to the latest report from the Bureau of Labor Statistics, the jobless rate declined in December to 3.9%, and the economy added 199,000 new positions. This means that job growth in 2021 averaged 537,000 per month.

So if there’s one thing that has been constant in the labor market, it’s a high demand for workers.

So as a result, businesses have to compete with one another to fill their empty seats and promise people better opportunities and perks. But that, unfortunately, entails straight-up lying. 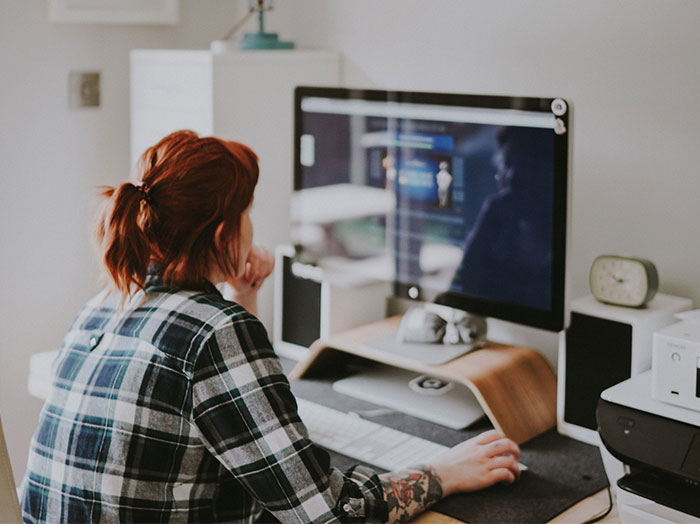 Take Reddit user u/meghanerd, for example. When hunting for a job, a big factor for them was the ability to work from home, which given the current public health situation is pretty understandable. So when the Redditor received an offer to work remotely “except when needed”, they happily accepted it.

But on their very first day, u/meghanerd learned that the company’s and their definition of “except when needed” was very different. 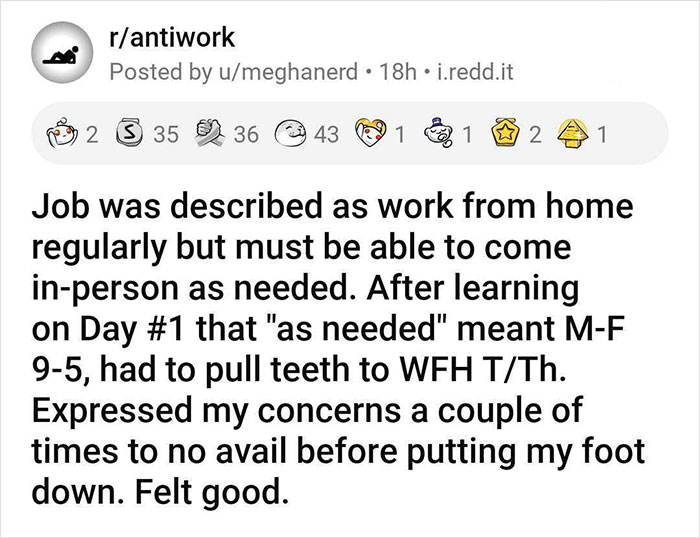 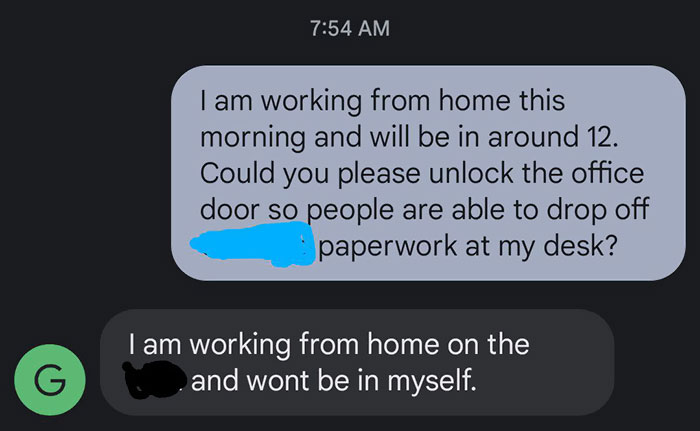 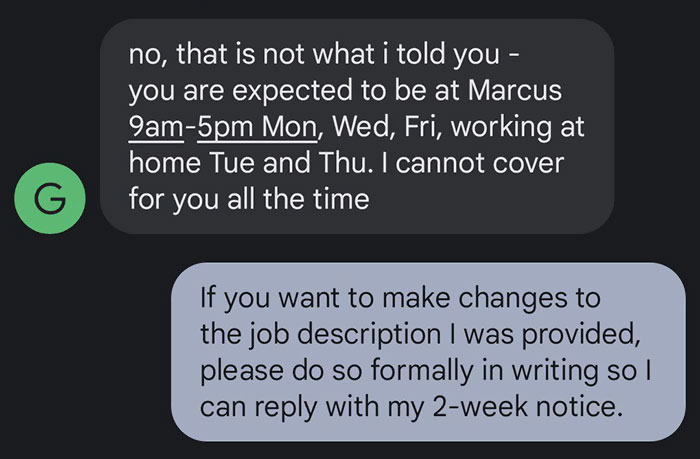 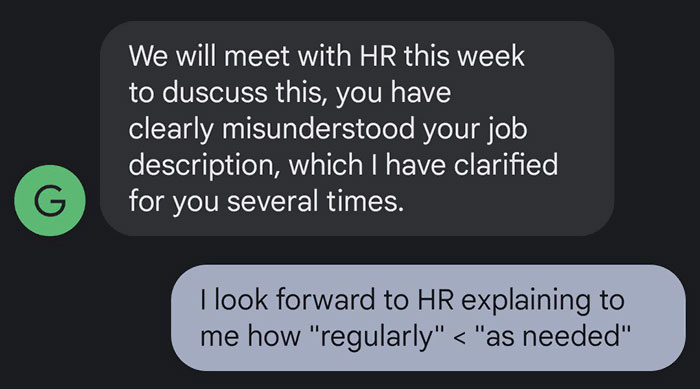 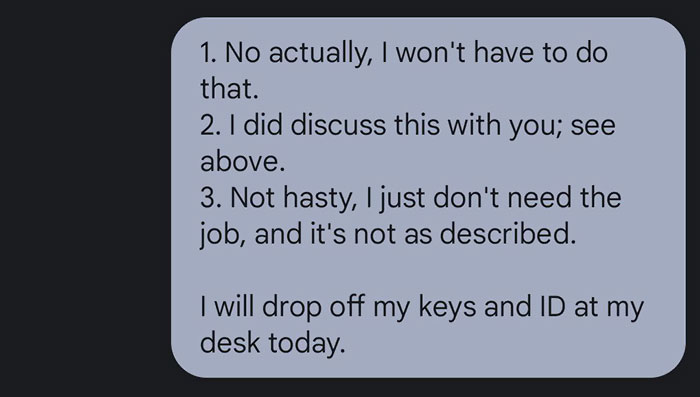 After their post went viral, OP provided more information on their situation 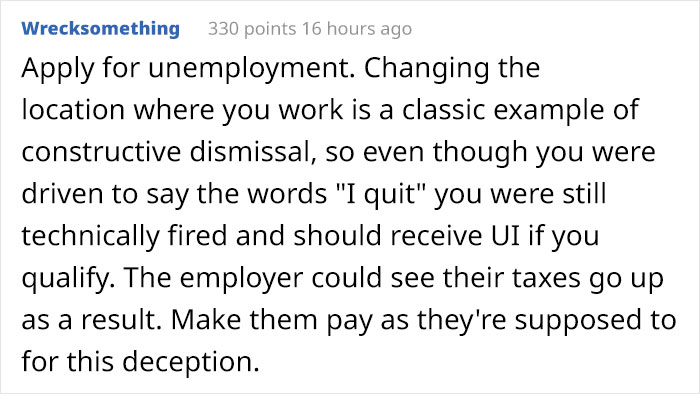 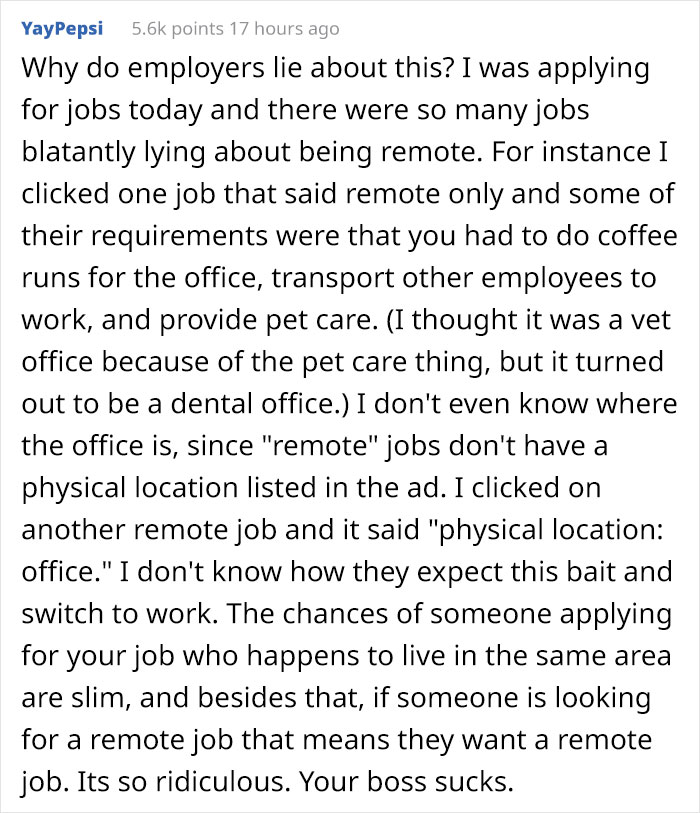 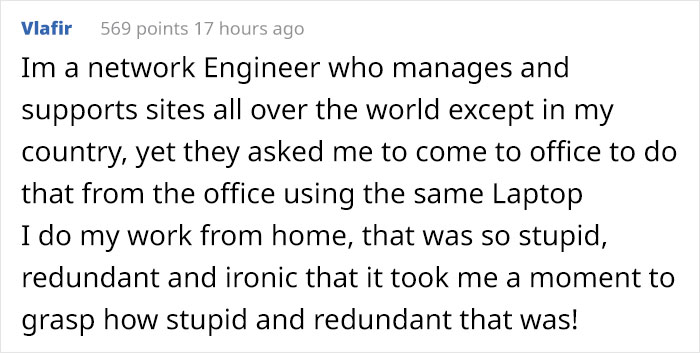 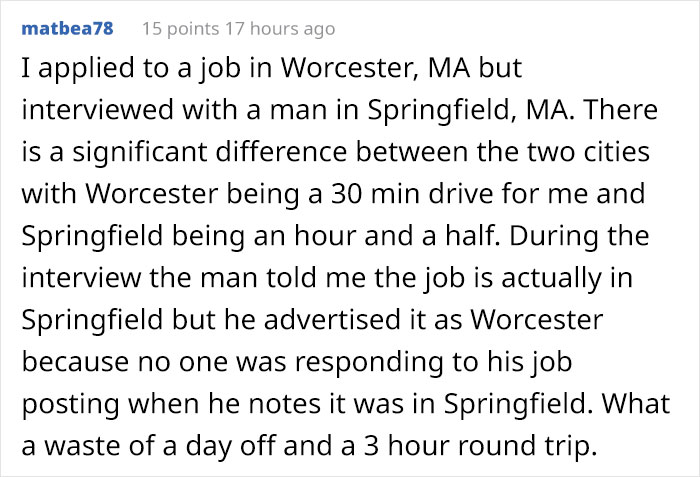 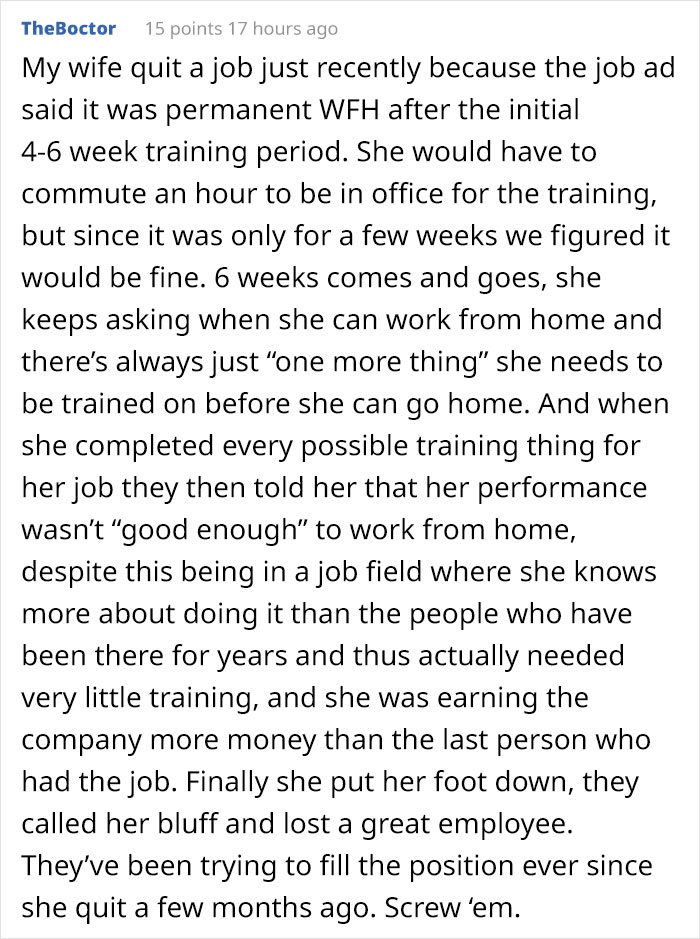 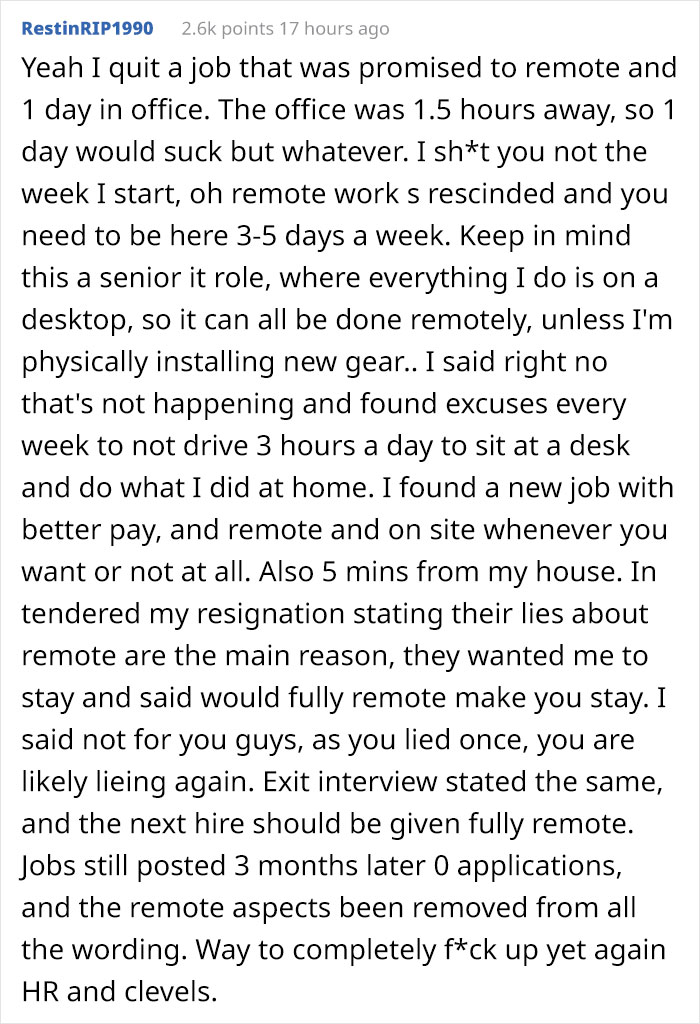 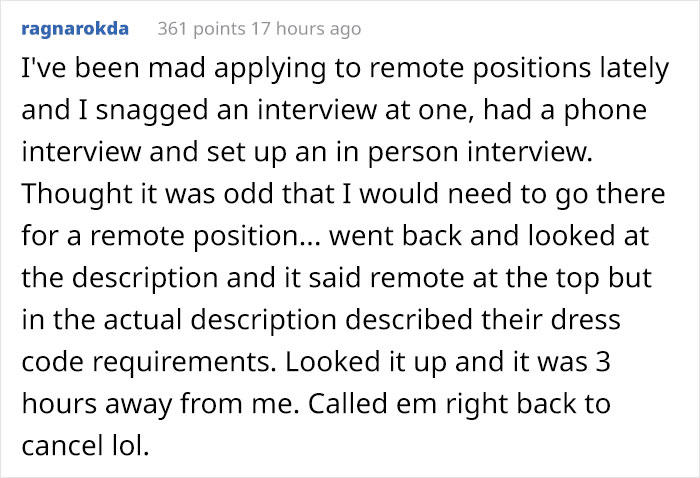 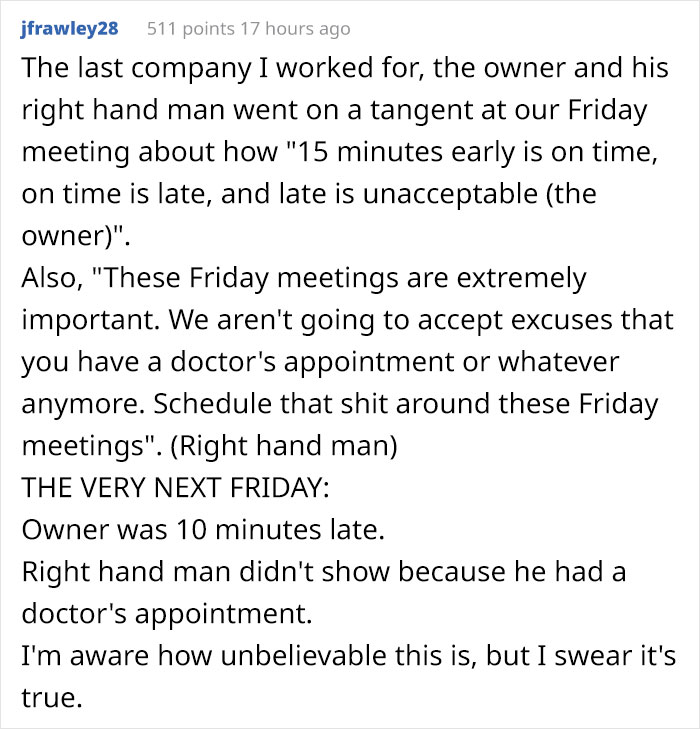 The post Boss Is Mad That Employee Is Working From Home As Stated In Her Job Description, Demands She Come To The Office first appeared on Bored Panda.