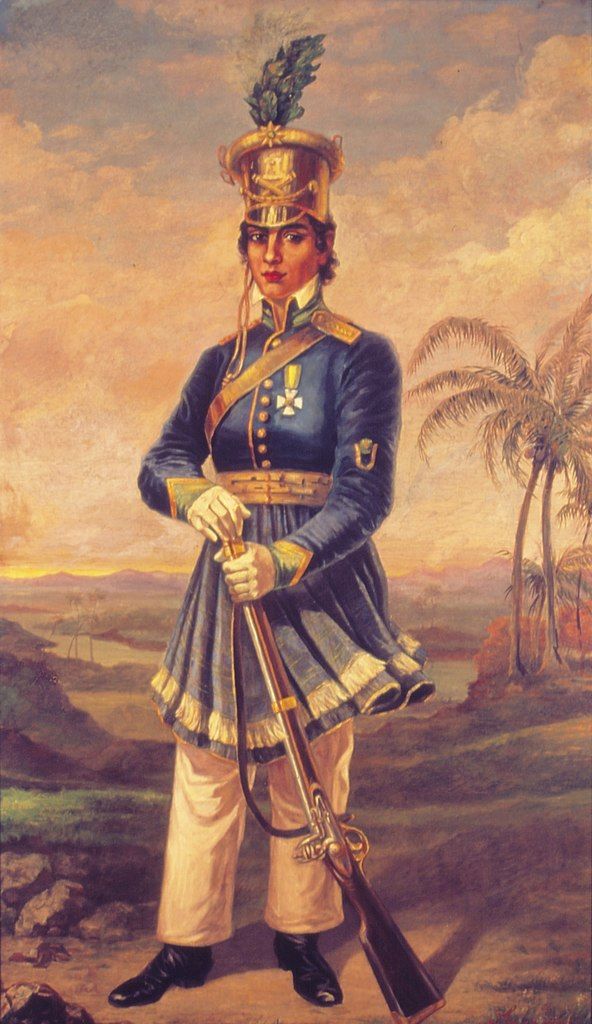 In its fight for independence from Portugal, Brazil recognized the invaluable fighting strength of a woman. Maria Quitéria was a real-life Fa Mulan (who may have been real, but not as well documented). Their stories varied in that Quiteria fought for love of country over the vehement objections of her father, who controlled her life down to her choice of spouse. She had grown up working on her marksmanship for hunting, encouraged by her mother, who died when Quiteria was still young. In order to fight with rebel leader Dom Pedro, Quiteria snuck away from her home in 1822 and enlisted in the Brazilian army accompanied by her brother-in-law, wearing one of his old uniforms.

Quiteria took on the identity of a young male soldier, and rose through the ranks for her shooting skills. Matters came to a head when her father found her and insisted that her superior officer send her home. Instead, the major refused the let her go, because her skills were so valuable! Unmasked, Quiteria became the first woman to officially serve in the Brazilian army. The army’s confidence in her paid off, too. Read how Maria Quiteria became a hero of the Brazilian War of Independence at Truly Adventurous.