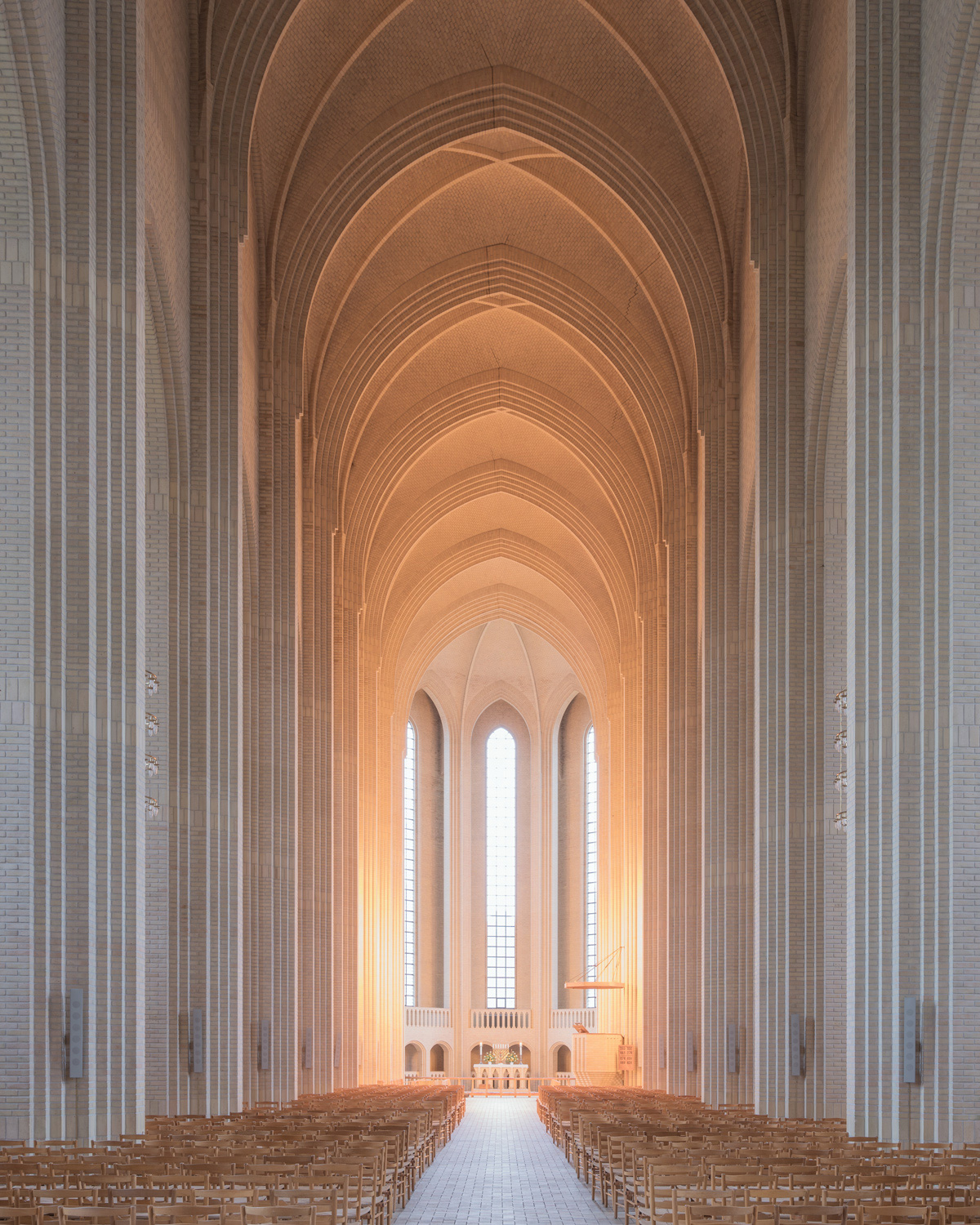 Copenhagen’s Grundtvig’s Church is a rare example of expressionist church architecture, and one of the most well-known churches in the Danish city. French photographer Ludwig Favre was attracted to the perpendicular lines that compose the early 20th-century structure, in addition to the nearly six million yellow bricks that fill its interior. Favre decided to shoot the building’s 1800-seat congregation, capturing the minimal ornamentation found in the famous church’s massive vaulted halls and nave.

Favre is a photographer that specializes in major city landscapes, and has a history of shooting interiors, including his work at the La Sorbonne, and other cultural destinations around Paris. You can see more of his images on Instagram and Behance. (via This Isn’t Happiness)