In the early 20th century, at least two different engineers working independently in different parts of the world, put forward a unique concept for a new railway. It was a monorail balancing on a single rail of wheels by the aid of gyroscopic forces. As a matter of fact, both engineers went further than mere propose—they each built a full-scale working prototype of their invention. Unfortunately, not one of them fledged into a full-blown railway.

The gyro monorail was peculiar. Not only did it balance when in motion, but unlike a bicycle, the monorail stayed upright even when at rest. Even incredibly, when a sideward force was applied to the erect car, instead of toppling over, the car, like a mysterious creature endowed with life, pushed back on the attacker. Whenever the tracks curved, instead of careening outward, as one might expect, the cars leaned inward as a bicycle-rider leans. 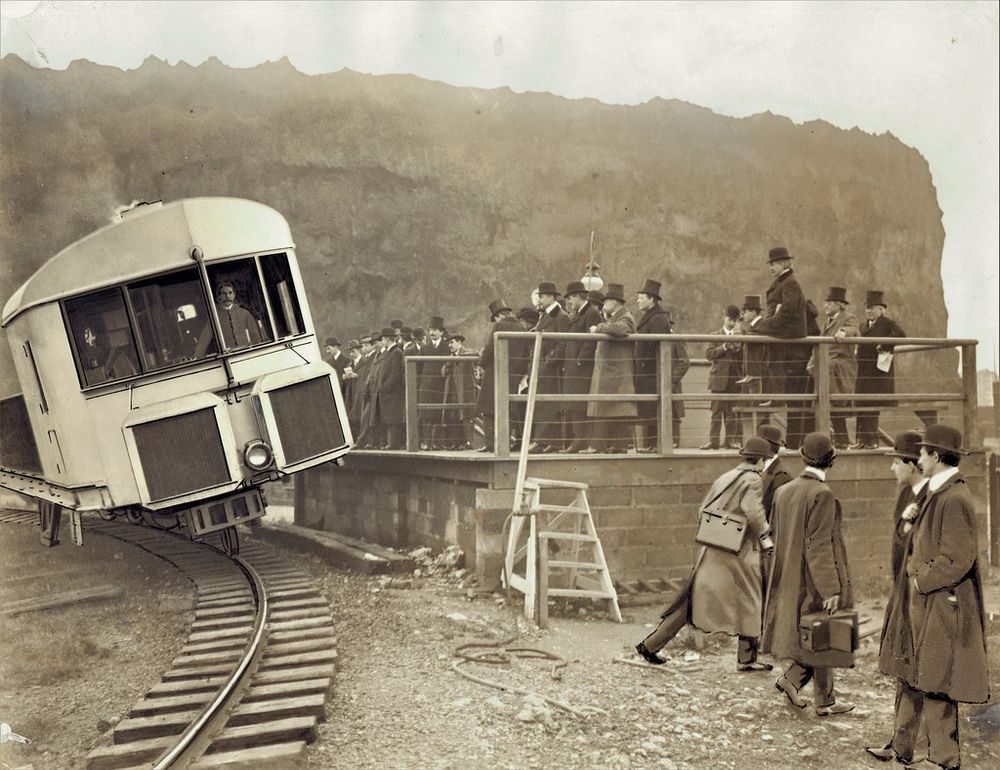