Most of us have heard at least one story of proposing at someone else’s wedding. People agree it’s selfish, thoughtless and insensitive, and yet it happens time and again.

One such story comes from an upset bride whose friend “not only got engaged at my wedding but instead of hiding it and announcing it later, she announced it to our friends during the party.” In the author’s friend’s mind, “it’s no longer the day I got married, it’s now also the day she got engaged,” the bride wrote.

As if that wasn’t enough, it turned out that the engaged guests asked the bride’s wedding photographer to take some photos of them. “She didn’t really see a problem since we weren’t back yet and they were guests. That’s until she realized they were engagement pictures,” the author explained.

Now that the wedding is over, the bride is left with not only a bad aftertaste but a full folder of her guests stealing her spotlight on the day she got married. 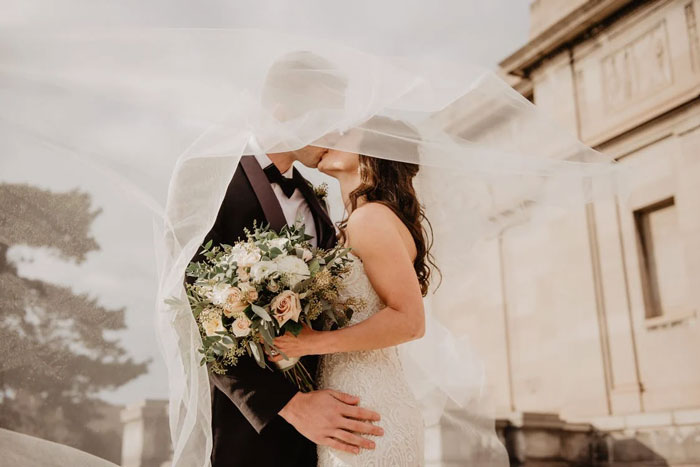 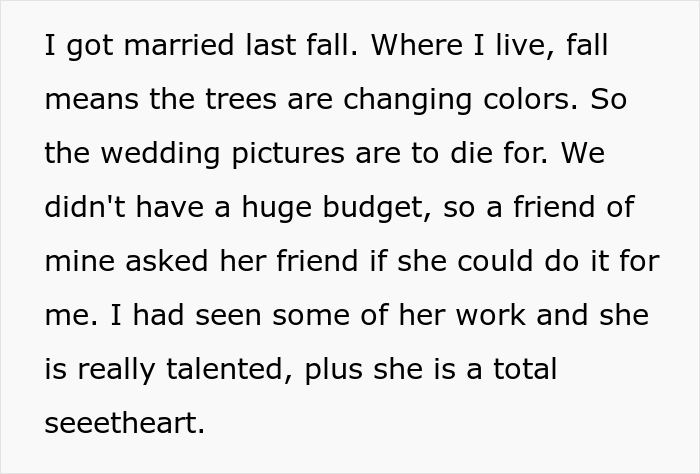 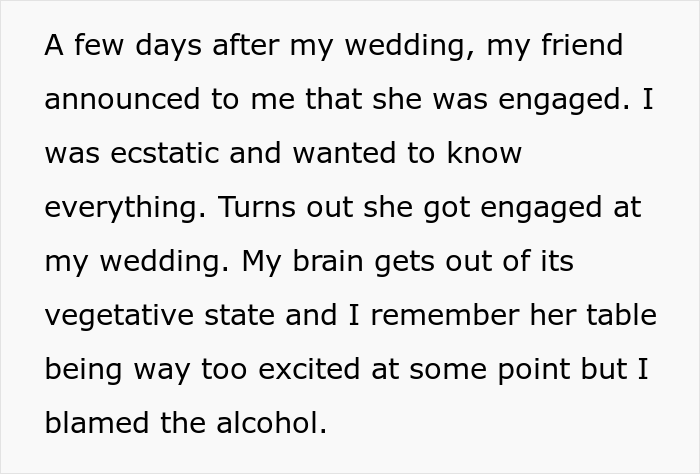 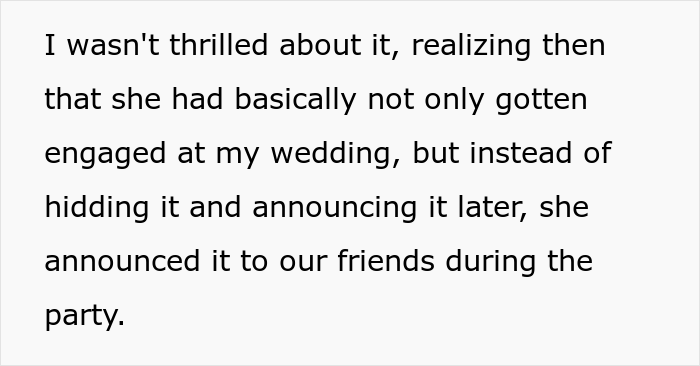 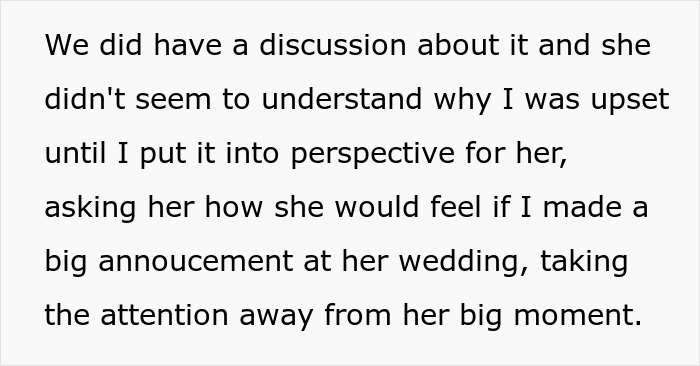 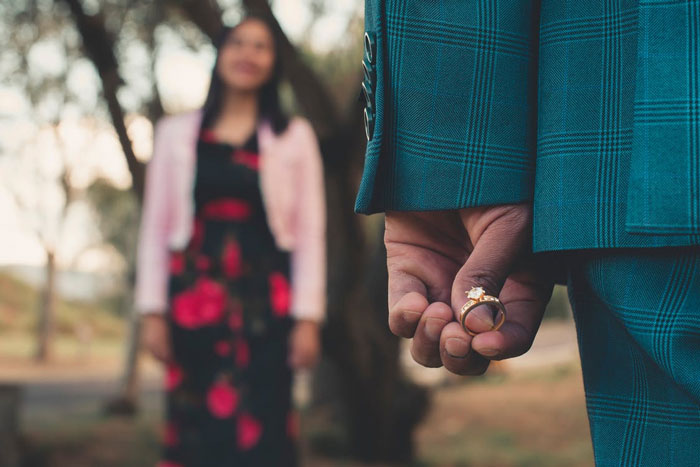 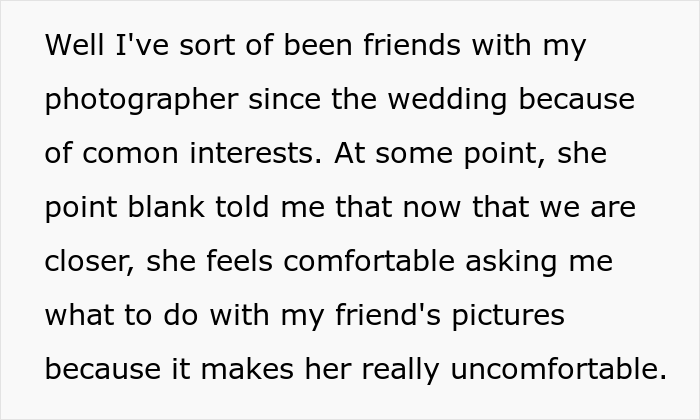 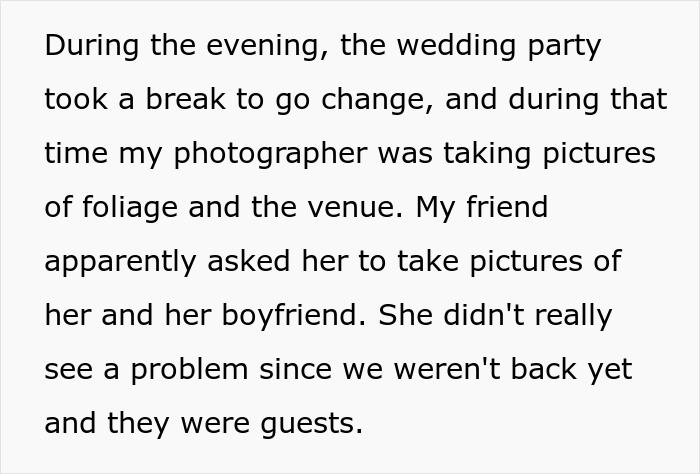 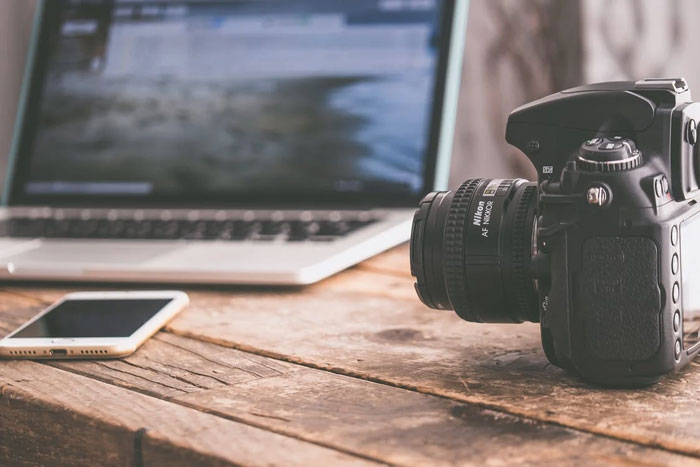 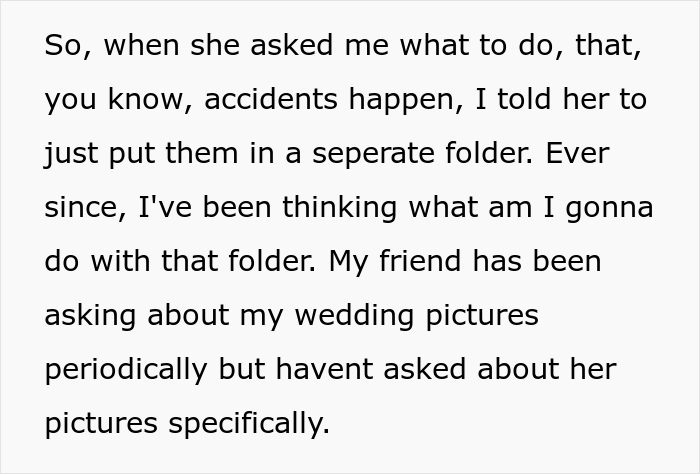 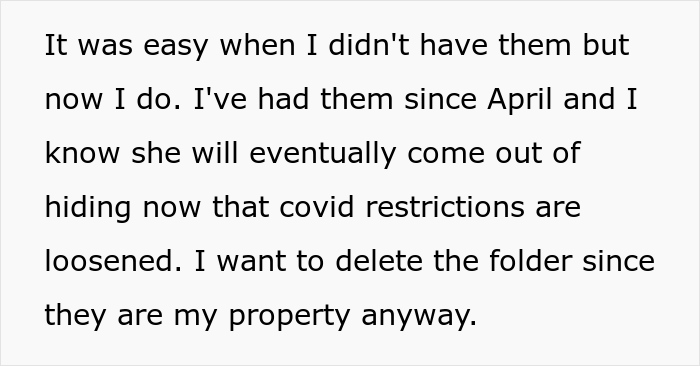 To find out more about what an expert has to say in regards to proposing during someone else’s wedding, we reached out to Jen Glantz, the bestselling author and founder of Bridesmaid for Hire and The Newlywed Card Game, a voice of You’re Not Getting Any Younger podcast, and the brains behind Jen & Juice coaching and digital courses.

According to Glantz, “Even if it seems like a good idea to propose at someone else’s wedding, it’s likely something that takes the attention and energy off the couple and isn’t the right thing to do.”

When asked what’s her advice for the newlyweds who had their guests get engaged on their wedding day, Glantz argues that it might be tough to acknowledge that happened. “But it’s just part of the story now and one day it might even make for a good laugh!” she commented.

And when it comes to rude guests, Glantz said that it’s important to “remember that a wedding is an invite to someone’s party so respect the couple as much as possible.” She added: “Try not to get too drunk, start fights, roast the couple getting married, or even bring uninvited guests with you.” 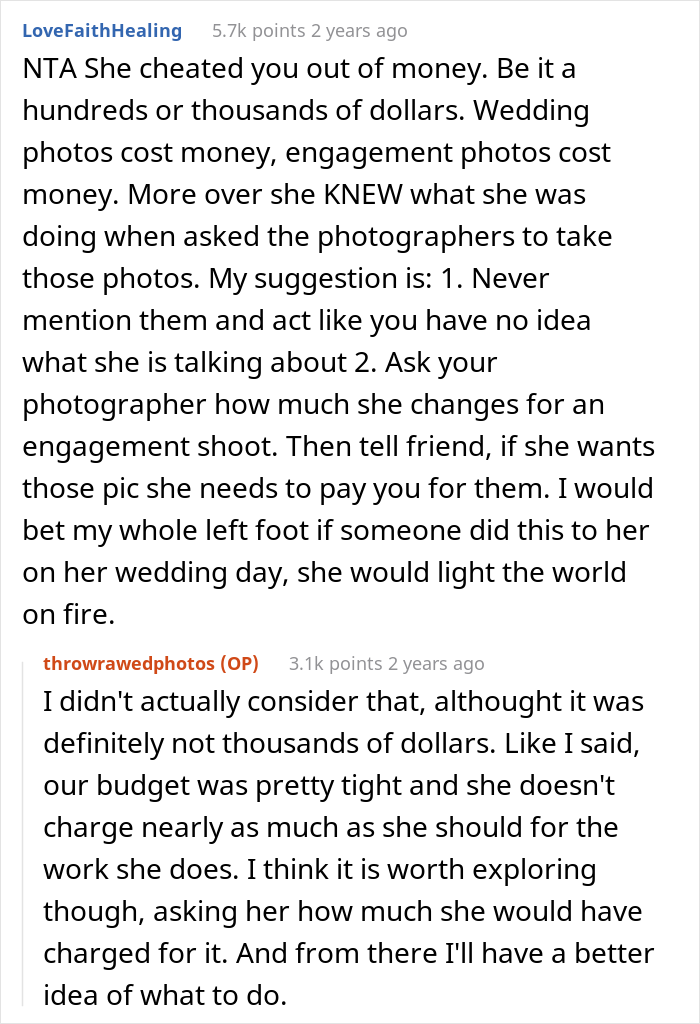 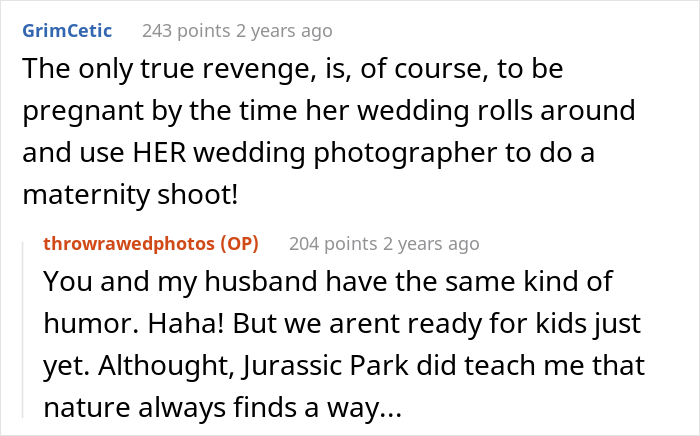 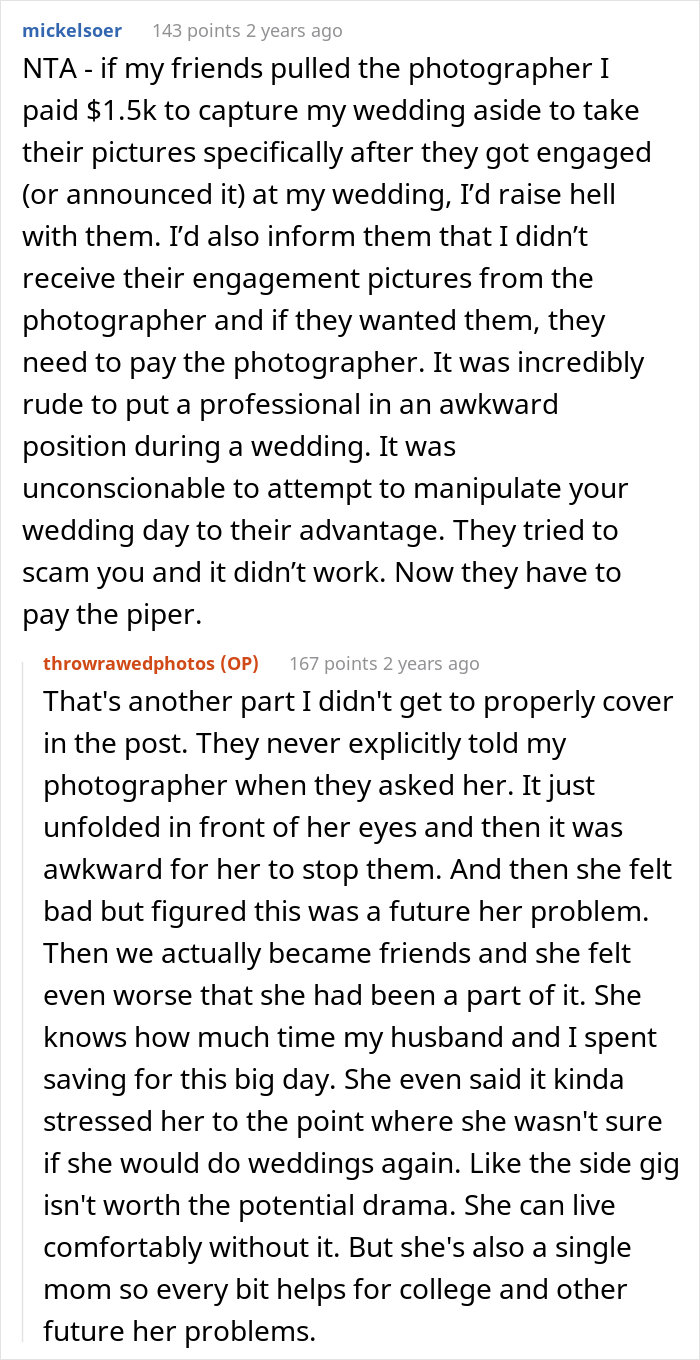 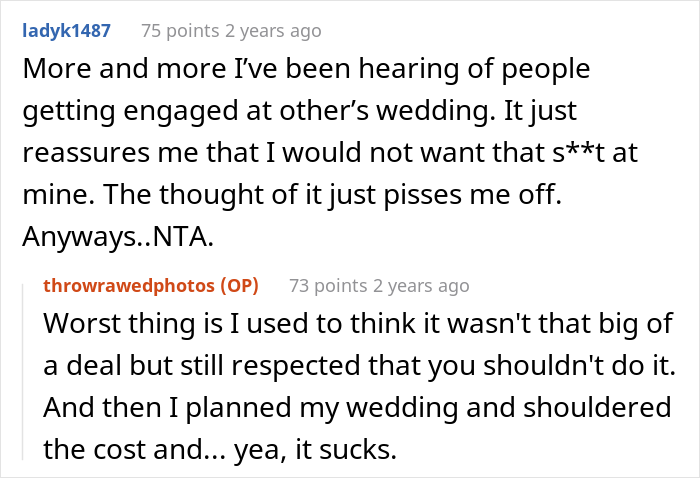 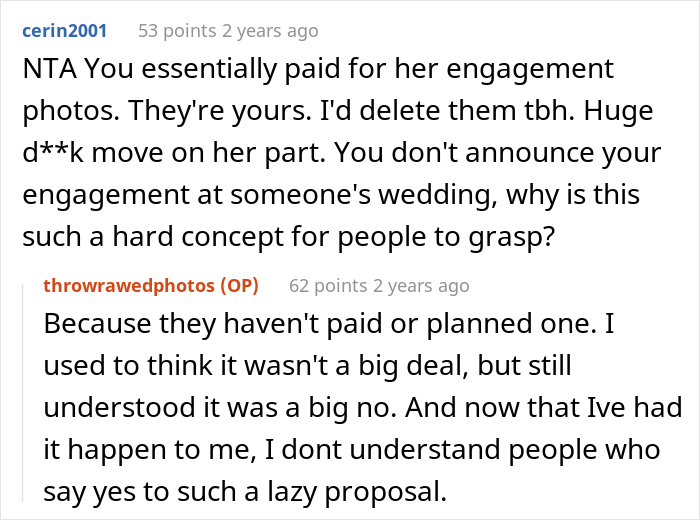 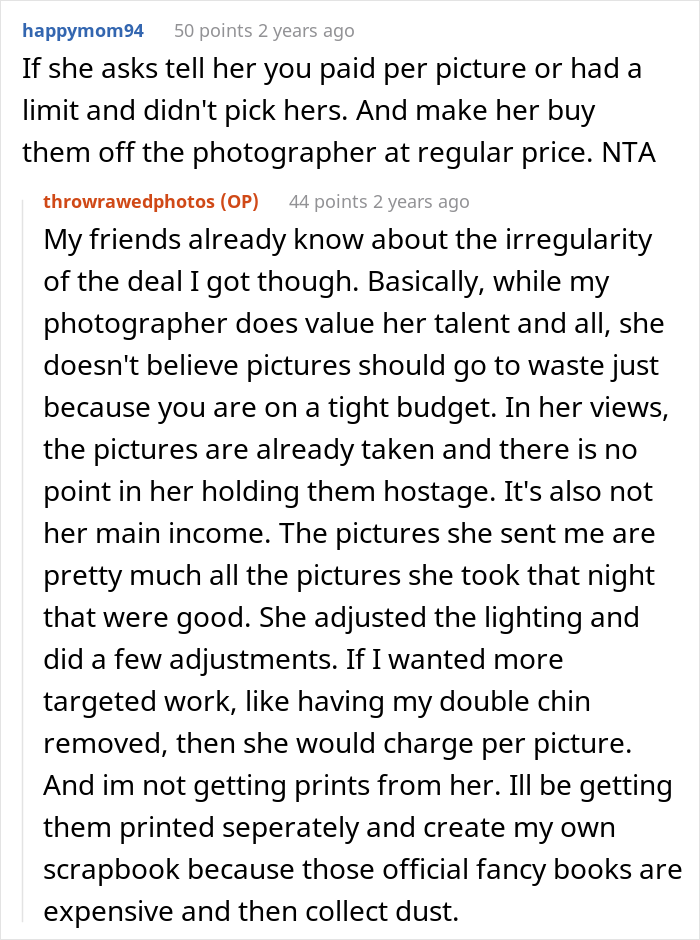 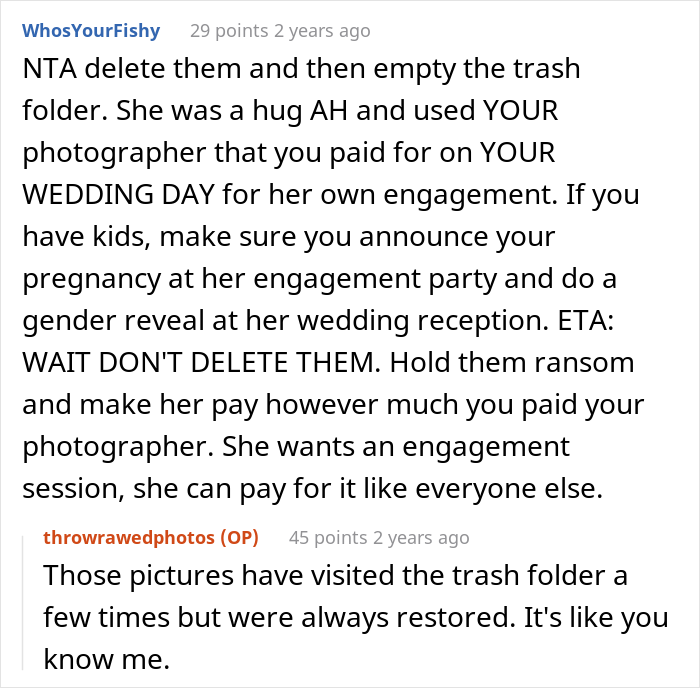 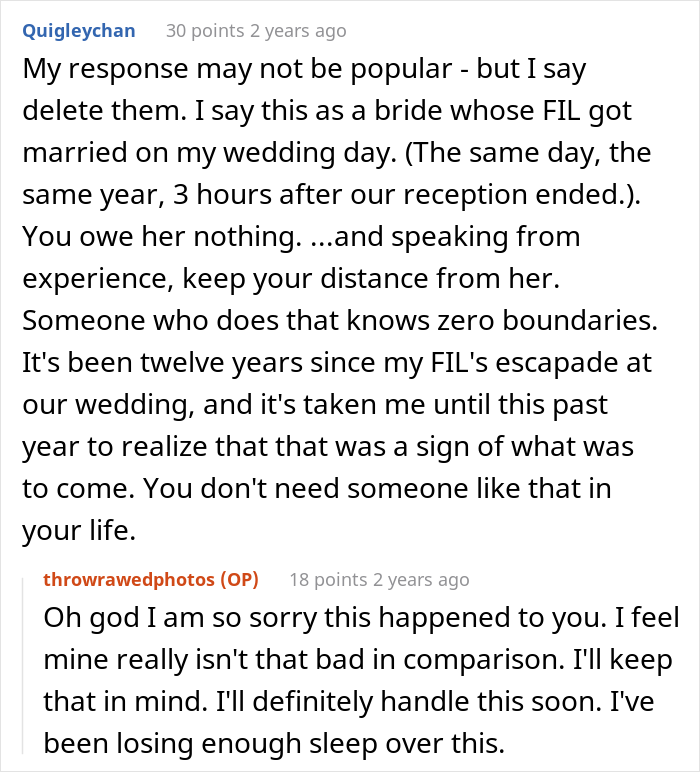 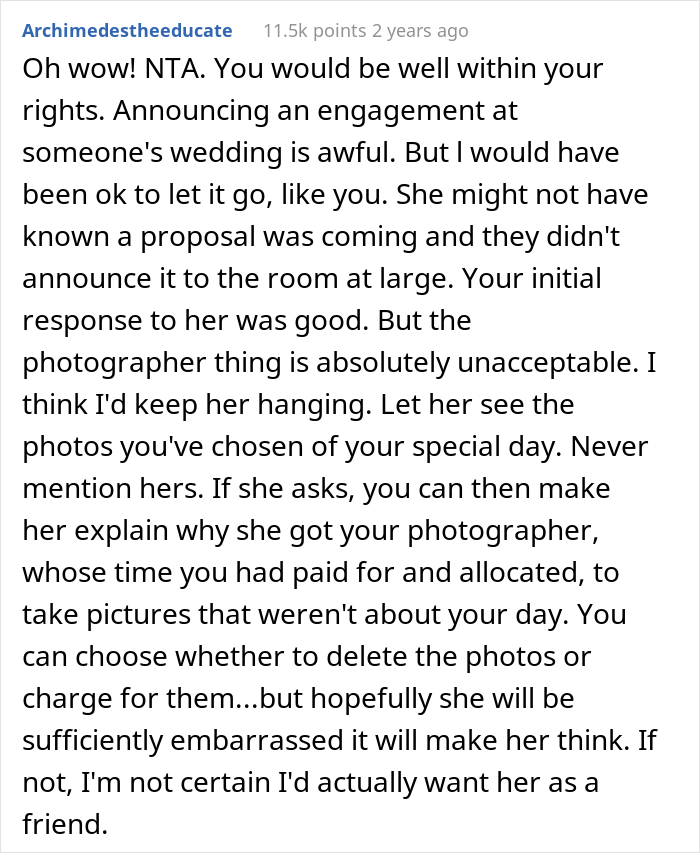