Weddings are meant to be celebrations of love while in the midst of the people you most care about, the ones who support you the most on this planet. However, family drama can pop up even in the run-up to what’s supposed to be someone’s happiest day in their life. Sometimes… it’s the bride who’s at fault.

Redditor u/FungalBroth went on the AITA community for a verdict on whether or not she was in the wrong to consider not going to her sister’s wedding. You see, the redditor’s sister didn’t send her disabled husband an invitation. According to the bride-to-be, she didn’t want the wheelchair-bound man to be in the family photos. Supposedly, he would “stand out” and “take attention away from her.”

You can read the full story, in the post author’s own words, below. When you’re done, let us know in the comments what you think about this entire bizarre situation and what you would have done in this particular case.

Bored Panda reached out to Anna and Sarah from The Wedding Society for a few comments about family disputes before weddings and how to move past them, as well as why discrimination of any sort is not okay, under any circumstances, even if it’s linked to a bride’s request. Read on for what they had to say. 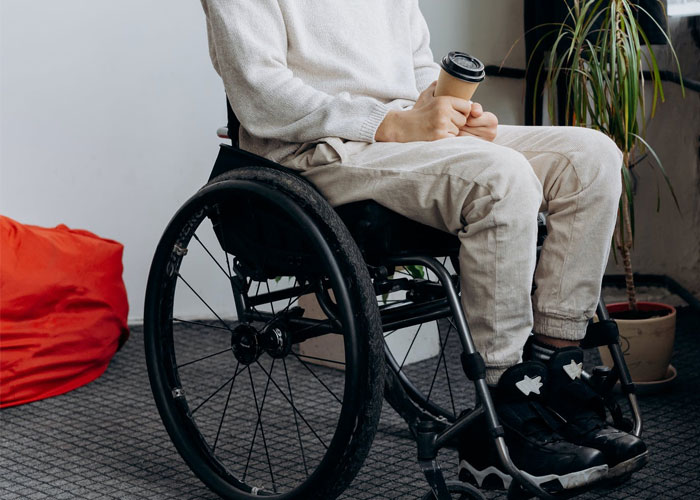 Here’s the story in full, dear Pandas. Odds are that this will make you very mad 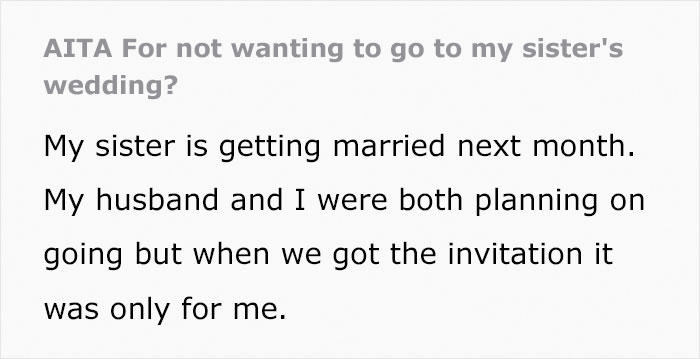 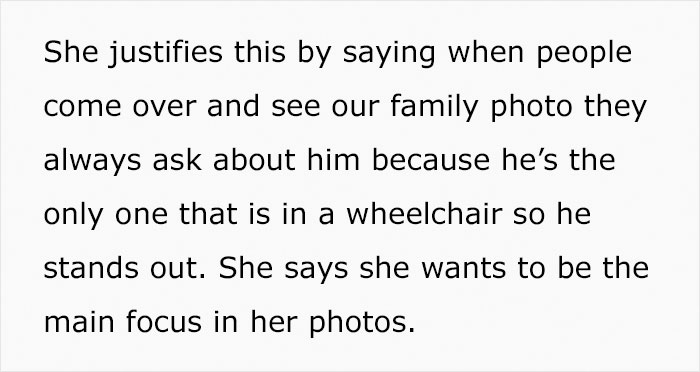 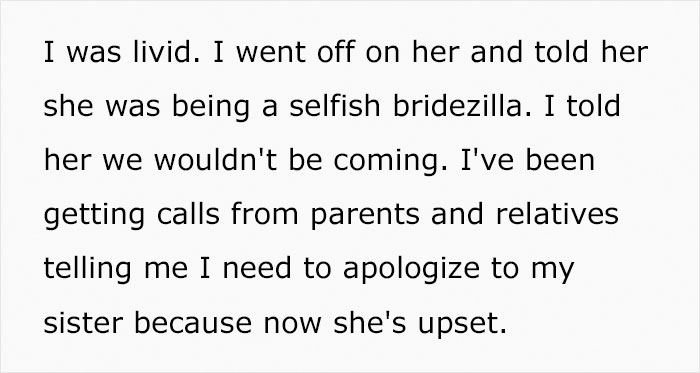 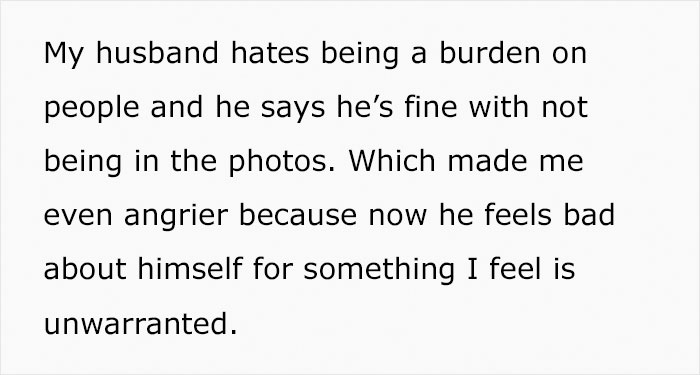 It’ll probably surprise none of you Pandas that the AITA community was overwhelmingly supportive of the woman and her husband, not the sister. As some redditors put it, this was definitely an issue that was worth fighting for. It wasn’t something to simply let go of.

The bride-to-be said that her sister’s husband could come to the wedding on the condition that he wasn’t in any of the photos. Probably the most heart-rending part was the fact that the family has known and liked him for years and that the husband was even prepared to make the sacrifice, so long as they could go to the celebration together.

Anna, from The Wedding Society, told Bored Panda that when it comes to family disputes, everyone has to do their part to reconcile. “Family disputes really require the work of everyone involved to remember the bigger picture and work towards a higher goal, and also to remember their love for each other above everything else.

According to The Wedding Society, marrying couples can have expectations that “others might consider strange,” and that’s all fine and dandy, as long as they don’t cross any obvious boundaries. “It’s their day and they’re allowed to be a little more particular than those around them. Just try to understand how long some people have been envisioning their day and remember that some particulars really mean more to them than might seem normal to you,” Anna said. However, it’s vital to stress the fact that under no circumstances should discrimination be allowed.

“That said, the line needs to be drawn at discrimination,” Anna told Bored Panda. “It is never okay, no matter the occasion or circumstance, to discriminate against anyone of any race, age, color, gender, or ability. If that occurs, a kind, honest and firm discussion needs to take place in order to stand up for the person or people being discriminated against.”

Here’s what some people thought about the entire situation. The author of the post replied to quite a few comments 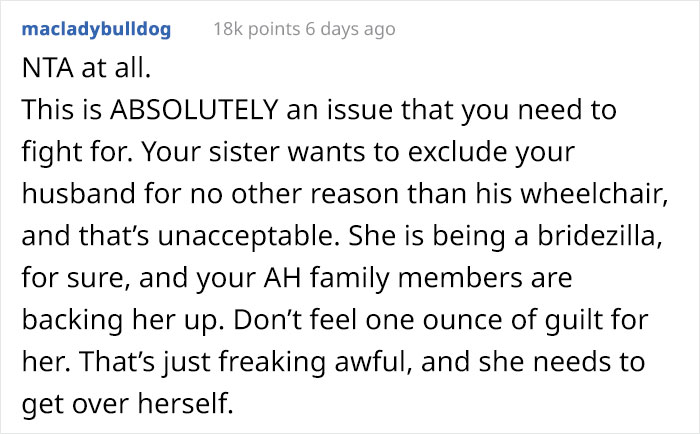 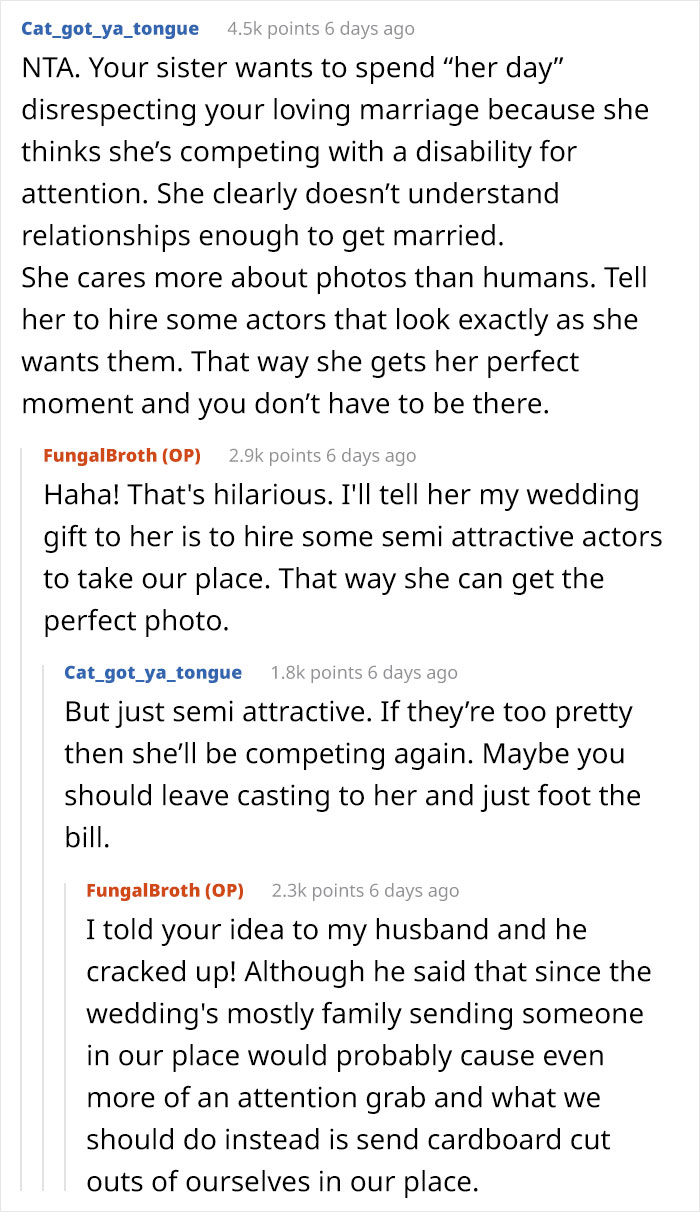 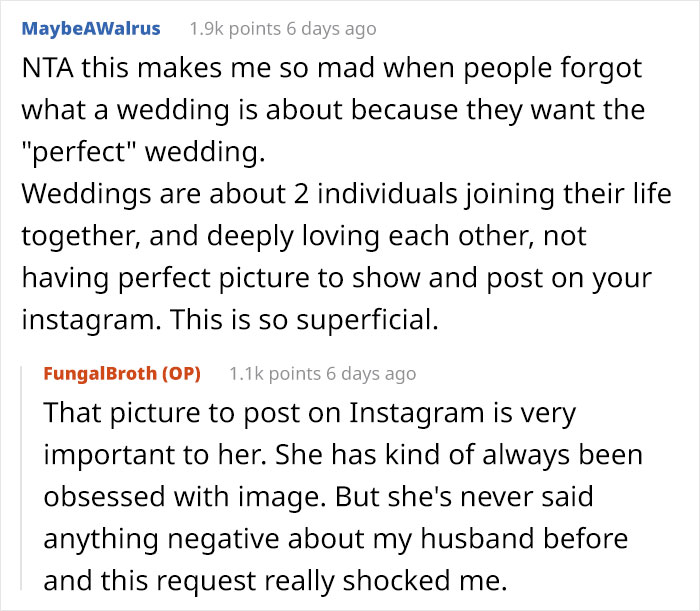 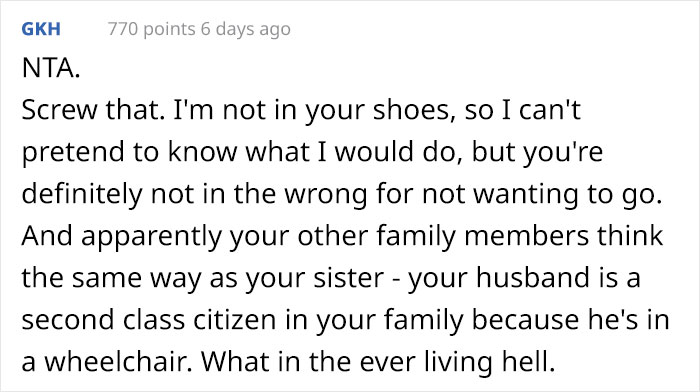 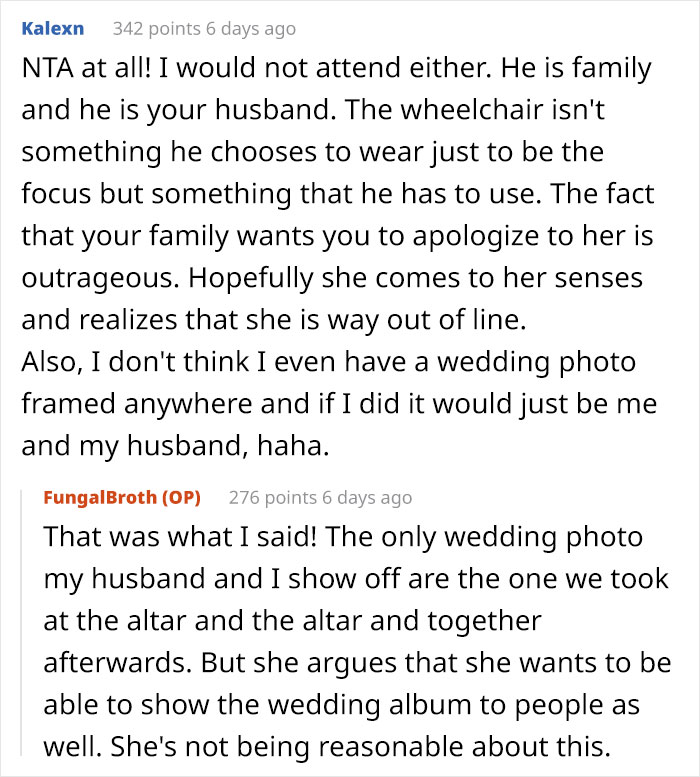 While it makes sense to invite your closest family members and their spouses (unless there’s some major drama or toxicity going on there, of course), you can’t invite every single one of your friends, acquaintances, and colleagues. Unless you’ve got an unlimited budget. Though most do not. What this means is being selective about who makes the cut and gets a formal invitation to your wedding and those who, unfortunately, won’t be participating.

“Please remember that you don’t have to ever explain yourself to anyone. It’s your day and your choice,” Anna and Sarah from The Wedding Society previously told Bored Panda that the happy couple shouldn’t feel guilty about restricting guest lists when it comes to acquaintances.

“There are a hundred reasons why you might have to restrict numbers and none of them are anyone else’s business,” they said that the couple shouldn’t have to feel like they have to explain themselves over every tiny decision. “Simply saying, ‘As much as we’d love to have all our loved ones be with us on the day, our numbers are restricted so we hope to celebrate with those who can’t be there at another time’ is enough.

Anna and Sarah added that one thing that ought to change for sure is the culture of expecting cash and other gifts during weddings which has turned them into business transactions of a sort. “We really need to change the focus and intention around wedding celebrations in our culture. Your wedding is about you and the person you are marrying, nothing else. Don’t base your guest list on what you’ll get from them—it’s just tacky and wrong,” they shared.

“Invite your loved ones because you want them to be surrounding you both and change the narrative in your head about what you are owed from them. You’re the one throwing a party and asking them to be there. Their presence should be enough. Anything they gift you on top of that is exactly that—a gift.”

They continued: “That said, if you are the guest and cash is your gift of choice, consider what the marrying couple have invested to have you there—if you are accepting the invitation, do so on the condition of gifting them at least what it cost them to include you.”

The post Bridezilla Won’t Invite Her Sister’s Husband To The Wedding Because She’s Afraid His Wheelchair Will Mess Up Her Insta-Worthy Pics first appeared on Bored Panda.