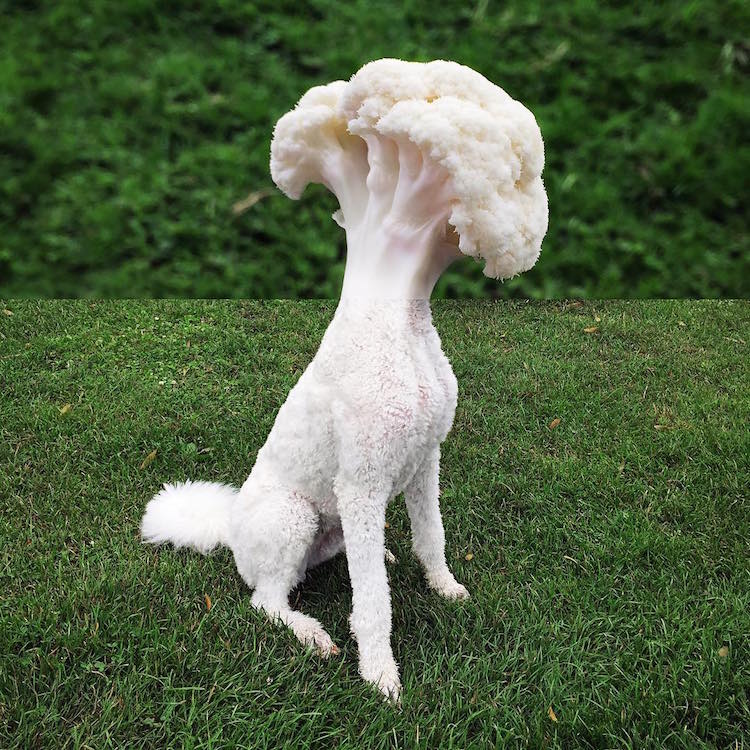 Have you ever looked at a light bulb and thought it looked like an egg? Or compared a scoop of ice cream to a ski slope? No? Well art director Stephen McMennamy has. For years he’s been artfully combining photos of unrelated items to create a collection of playfully surreal scenes. His ongoing digital collage series, titled ComboPhotos, is just as joyful as it is thought-provoking. McMennamy shows there’s fun to be found in even the most mundane of inanimate objects.

From a literal banana boat to a half-bird half-airplane, McMennamy’s whimsical mashups visualize his childlike sense of imagination. While some will evoke instant reactions, other more subtle combinations might require a second glance to notice something isn’t quite right. In one image, paintbrush bristles are actually strands of spaghetti and, in another, a dog’s head is replaced by a piece of cauliflower. Despite the subjects’ differences in scale and texture, the artist manages to line them up perfectly with one clean cut.

McMennamy doesn’t use stock photos—instead, he takes every photo himself, and it can often take weeks to find the perfect subject. “I’m always looking for props,” he told CNN in an interview. “It’s a bit of a scavenger hunt at times.” However, other times McMennamy will come across the perfect items unexpectedly. He reveals, “There’re times that just happen in an instant. I could be at lunch and find two things that I could combine very easily.”

You can see many more of McMennamy’s digital collage mashups on Instagram. 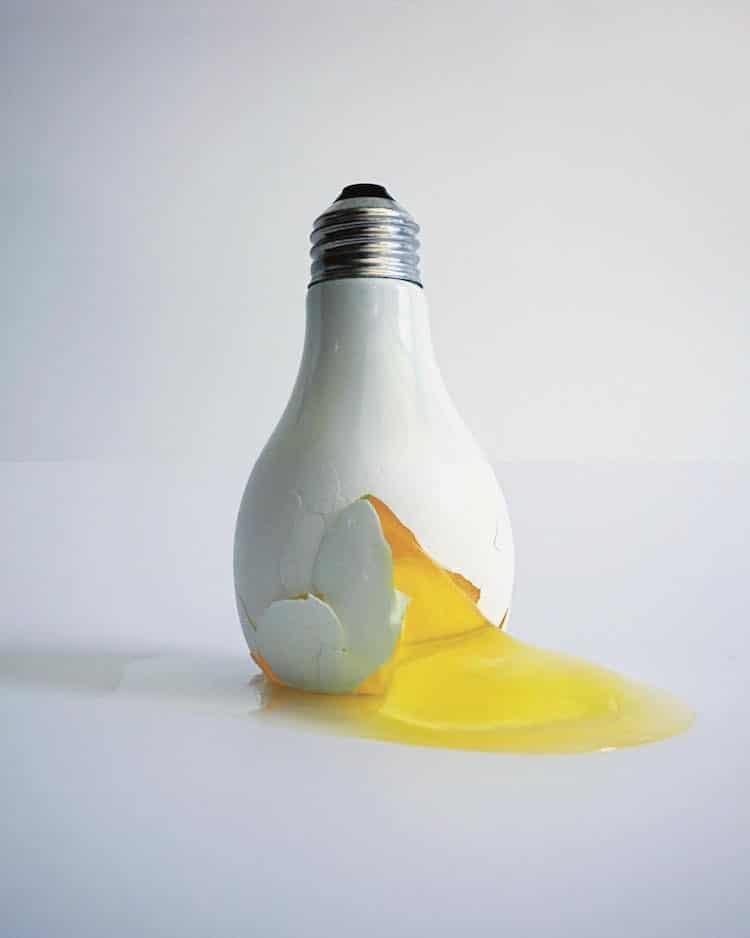 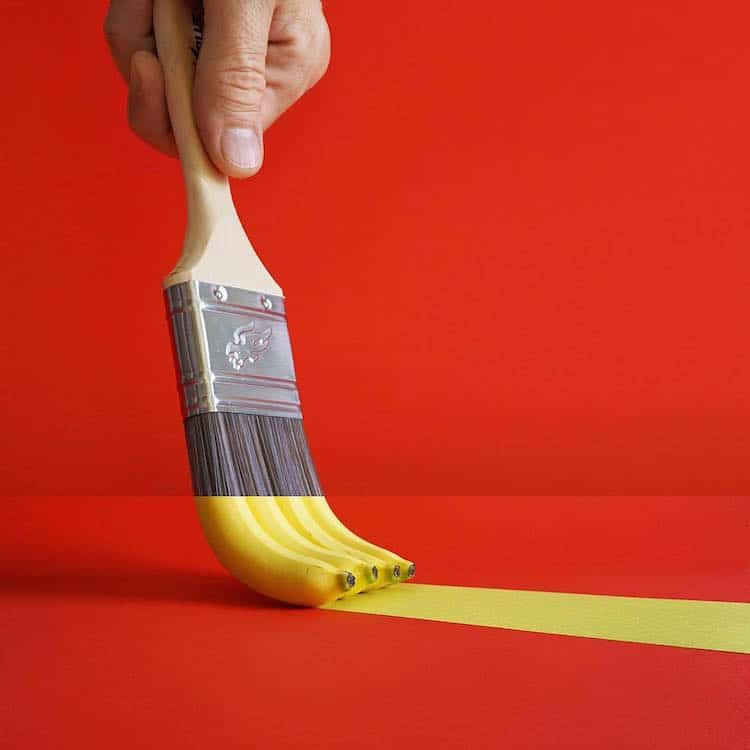 His ongoing digital collage series, titled ComboPhotos, is just as joyful as it is thought-provoking. 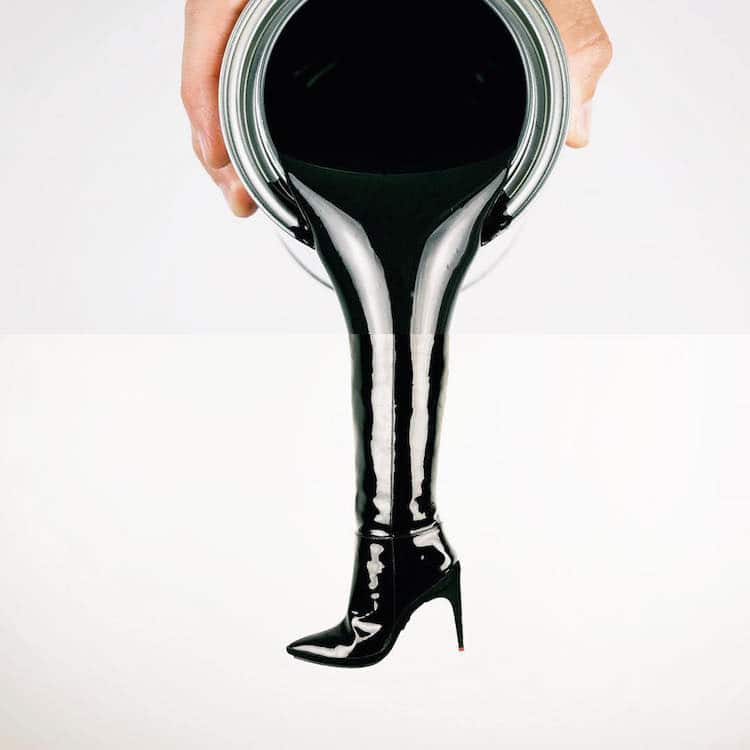 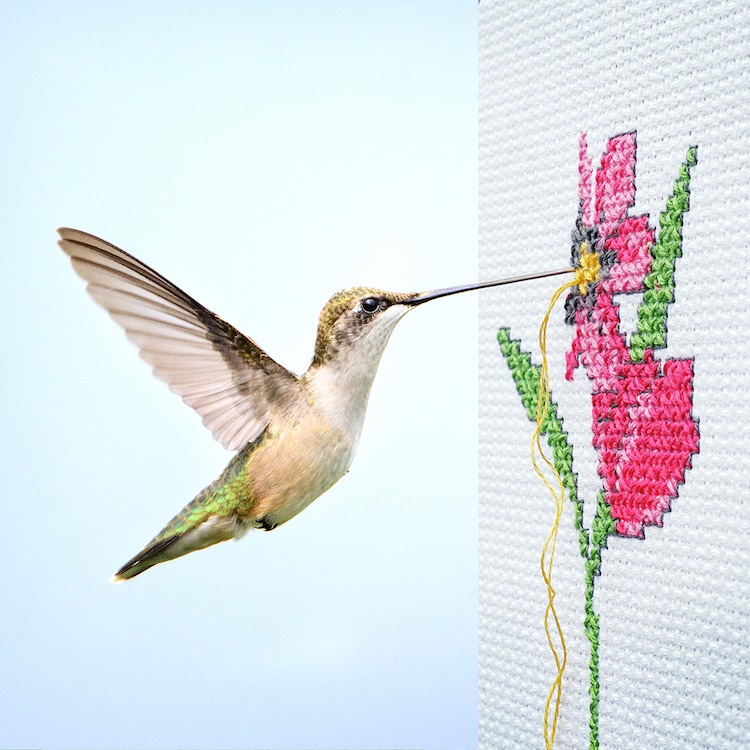 His whimsical mashups visualize the artist’s childlike sense of imagination. 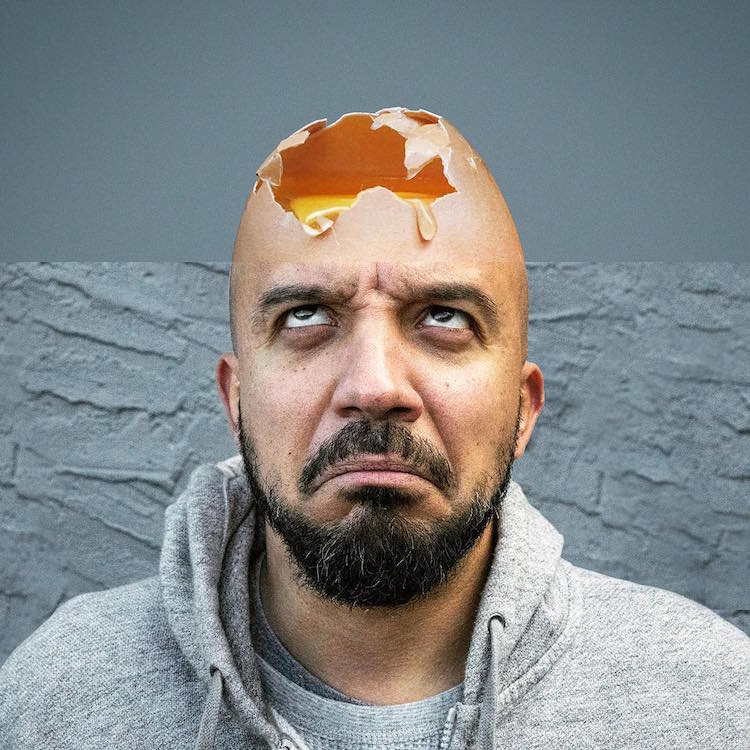 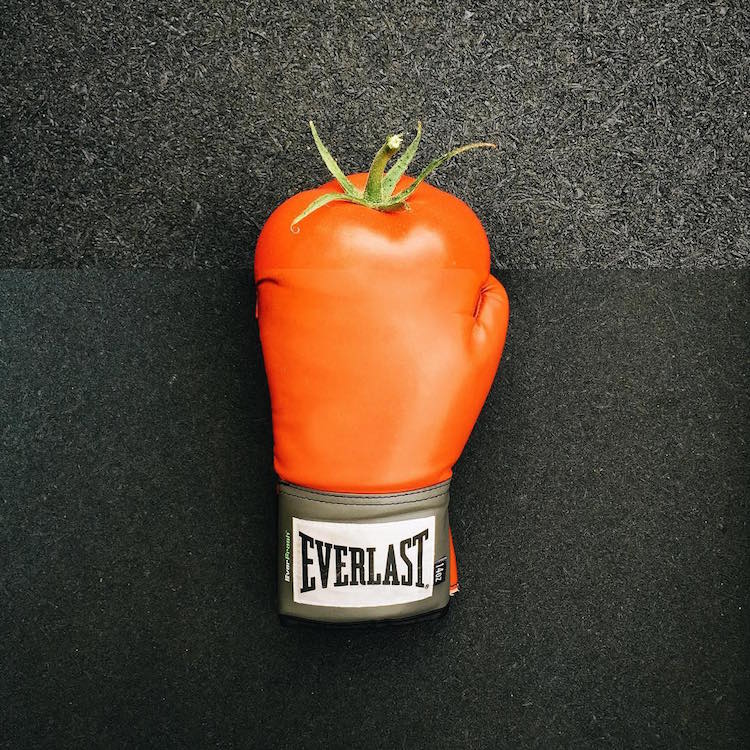 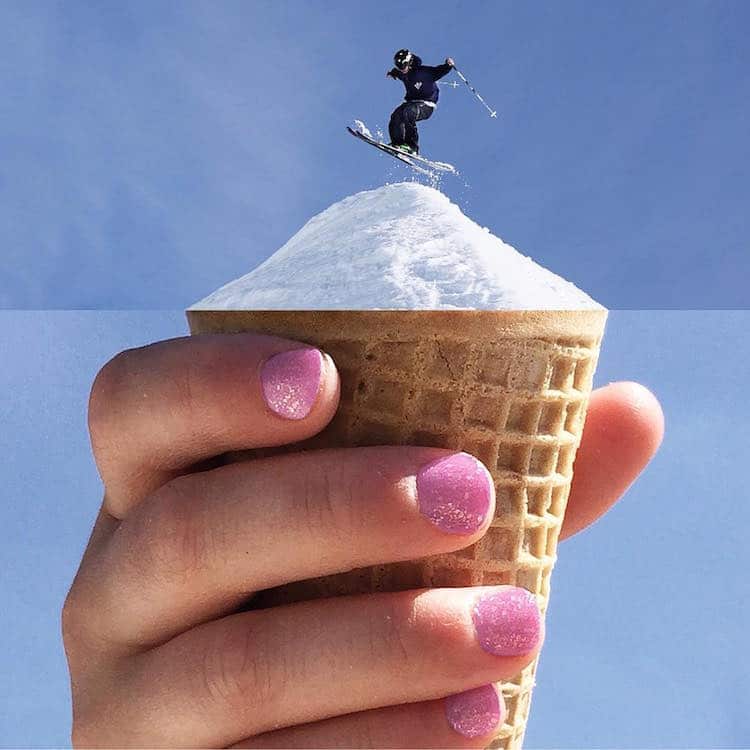 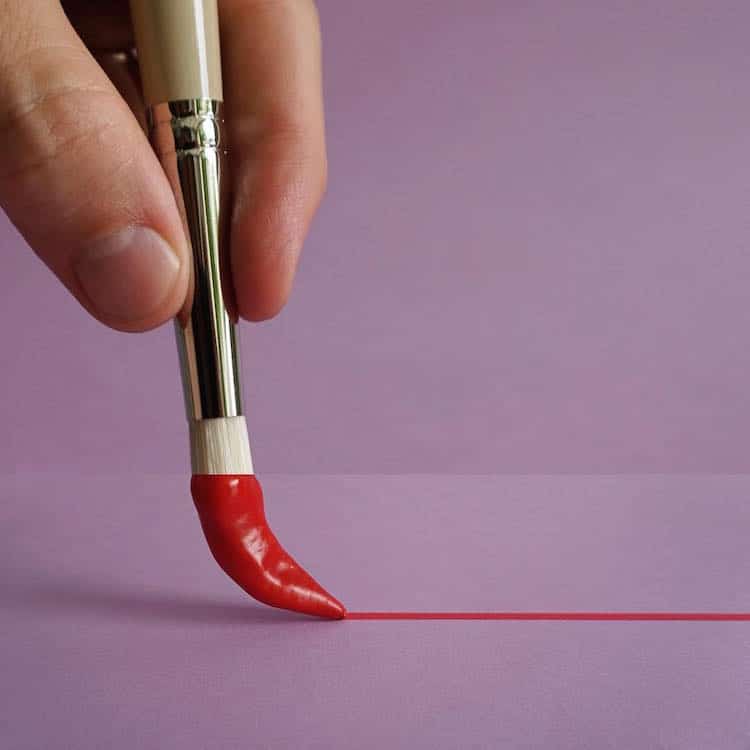 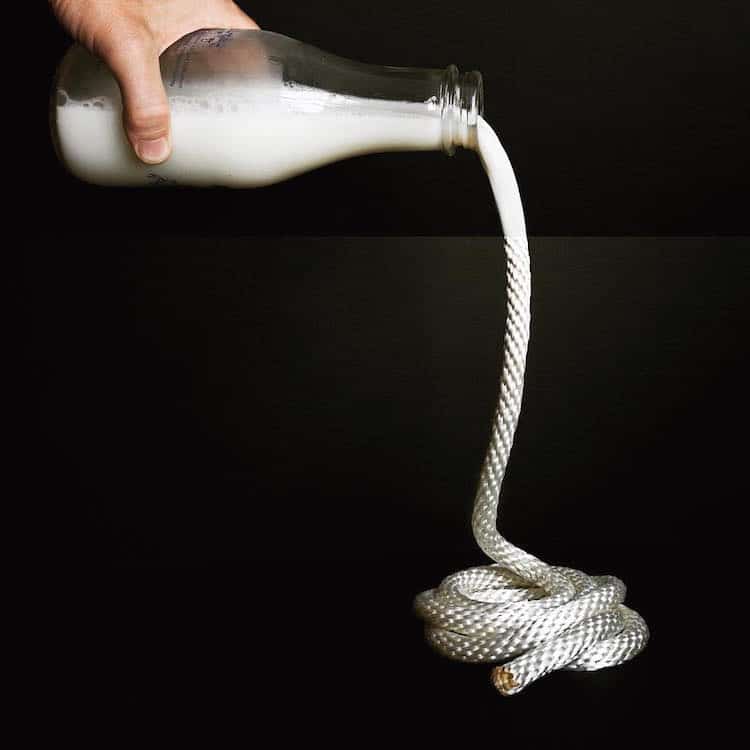 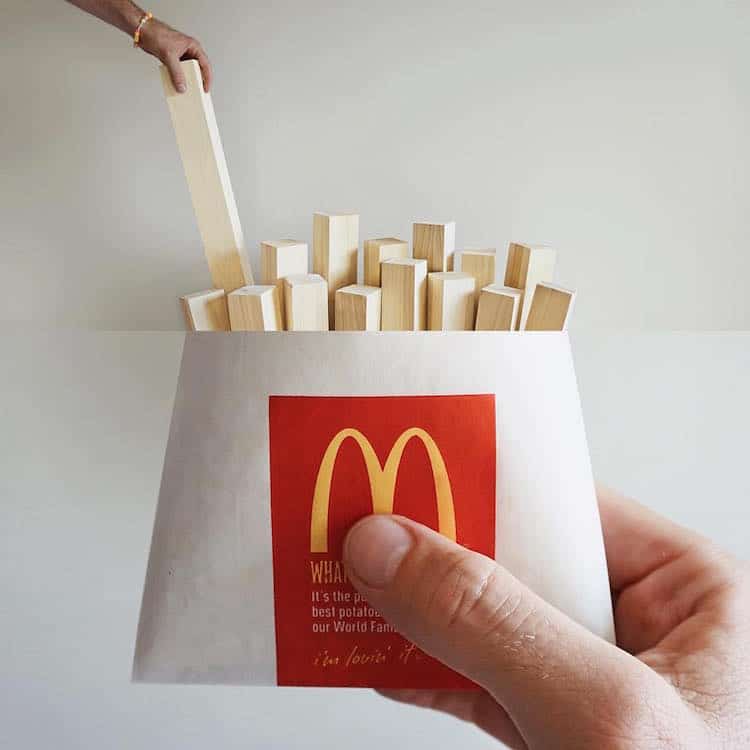 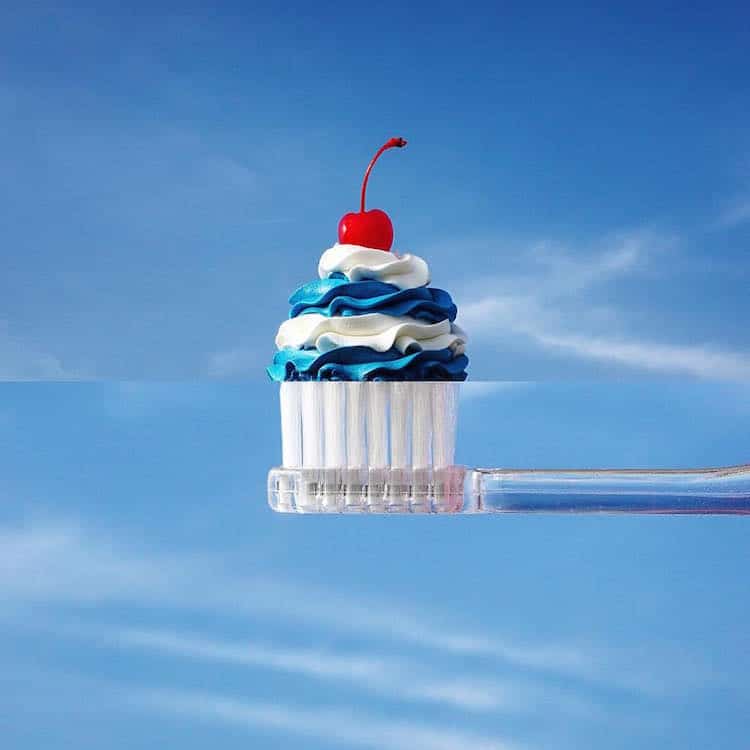 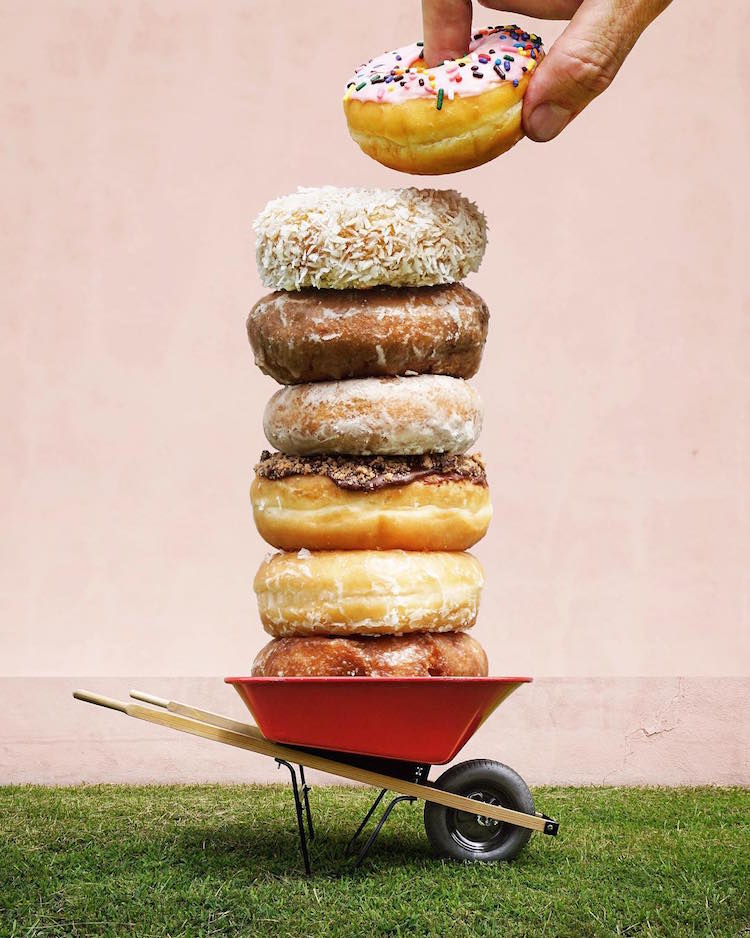 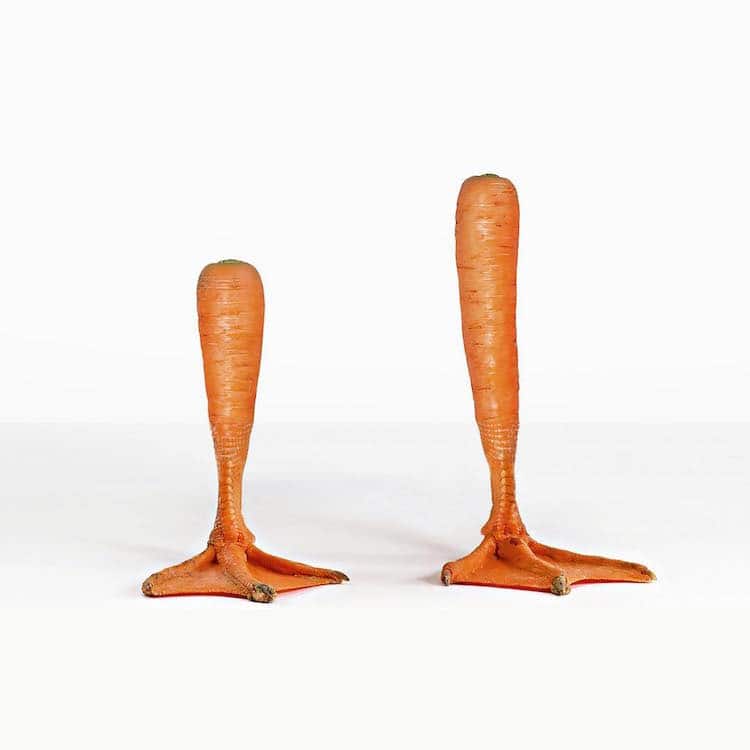 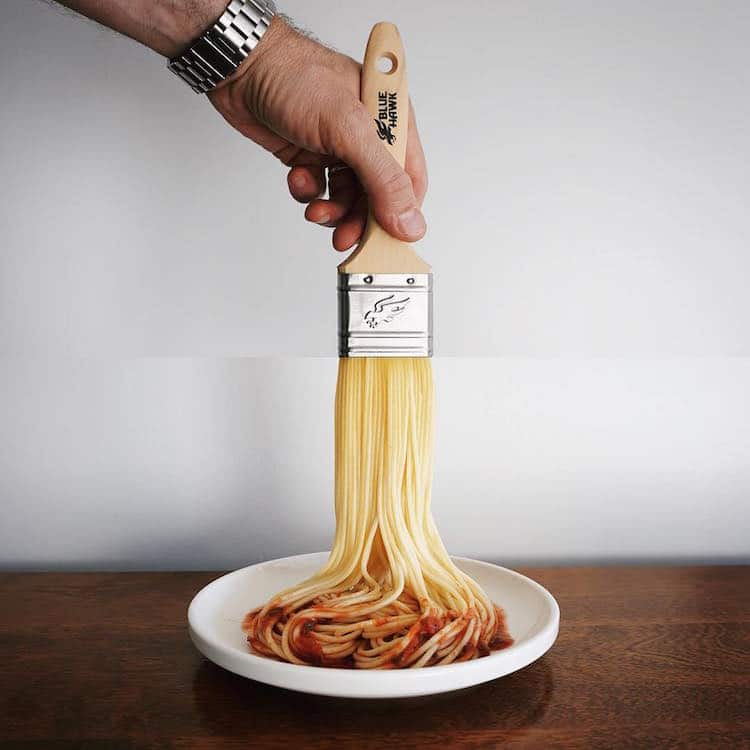 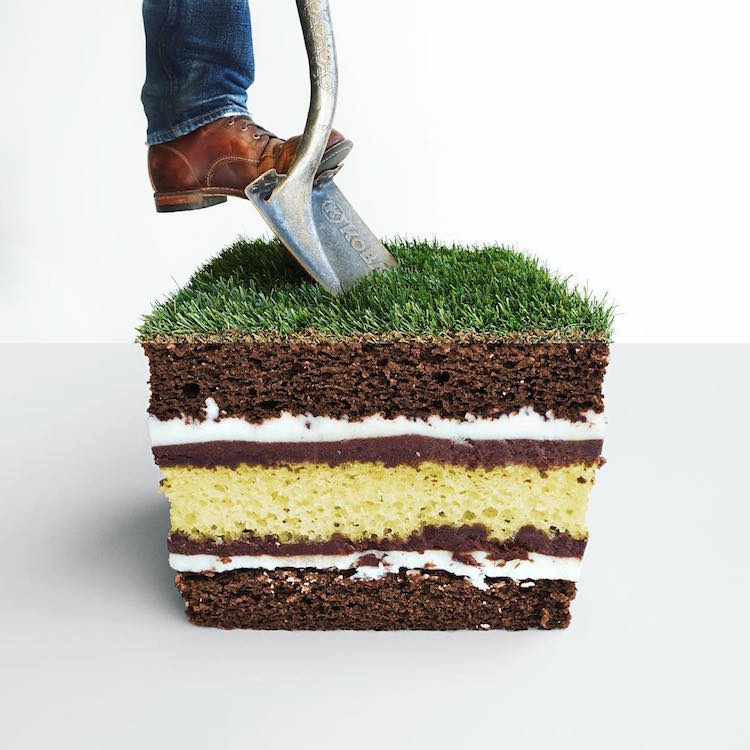 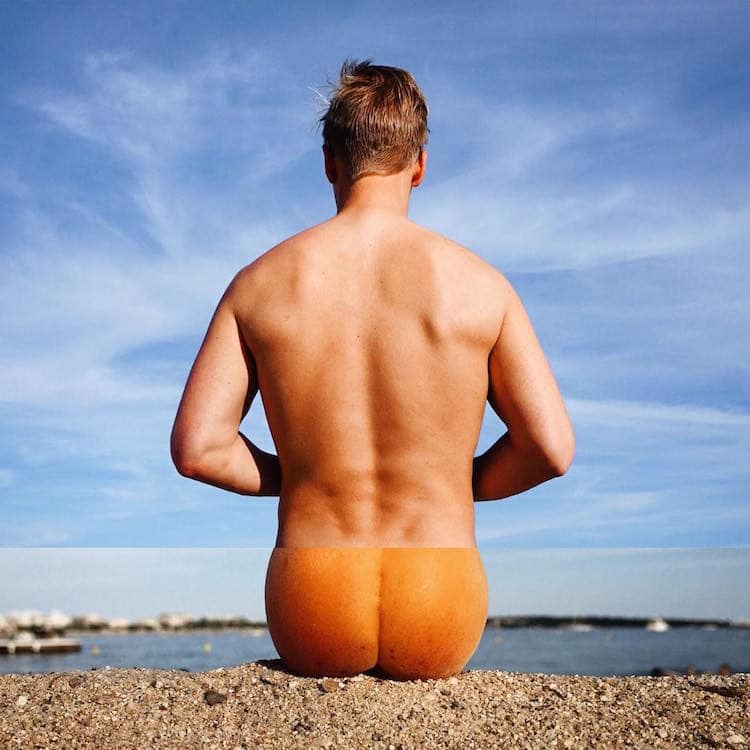 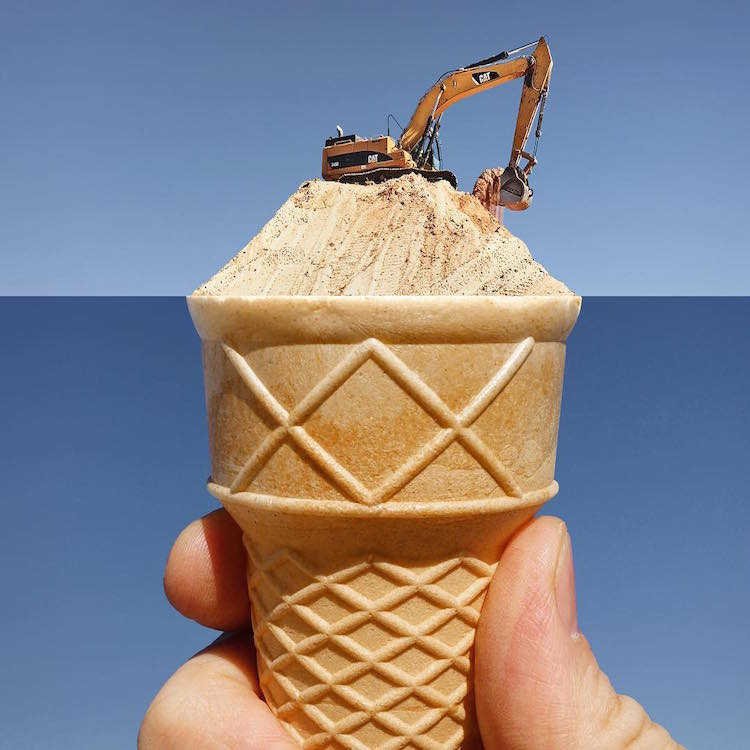 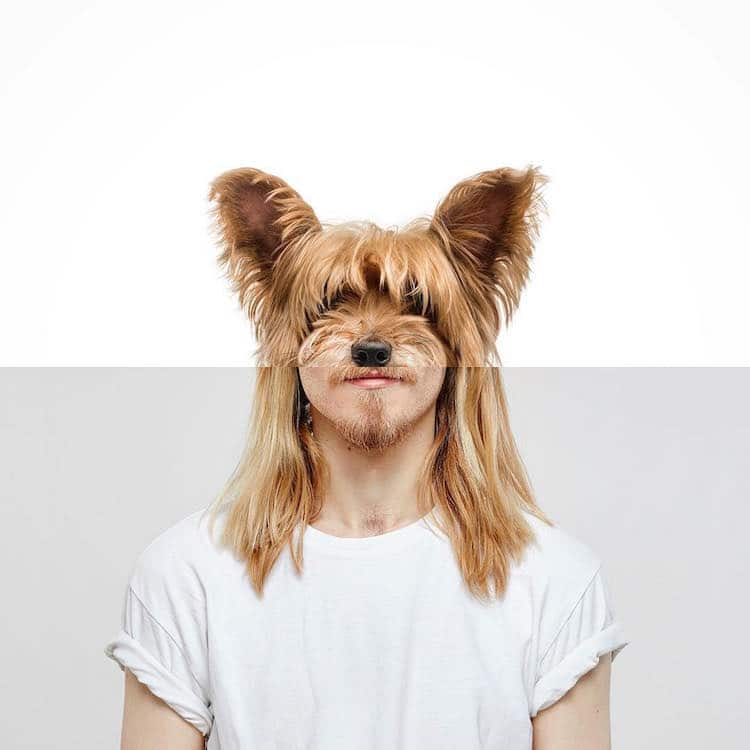 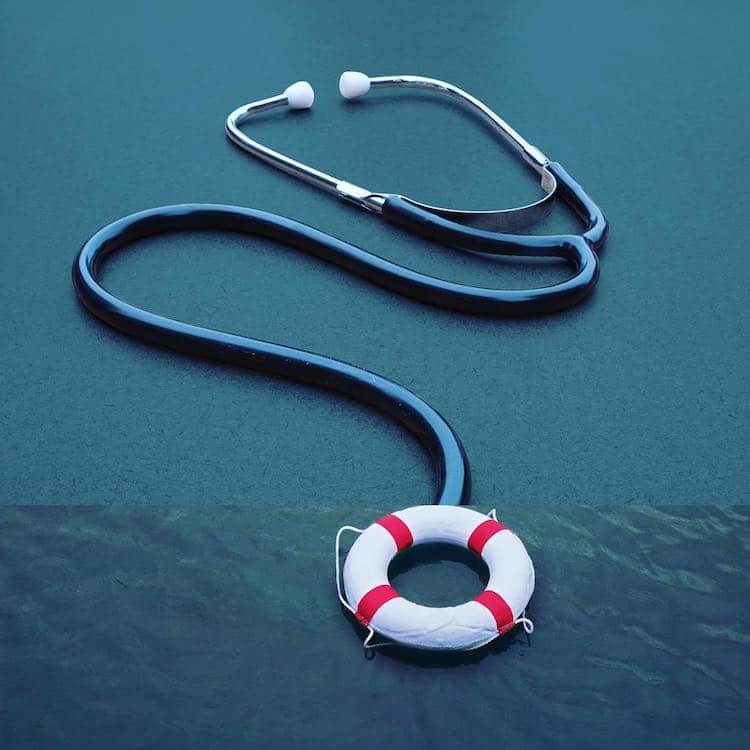 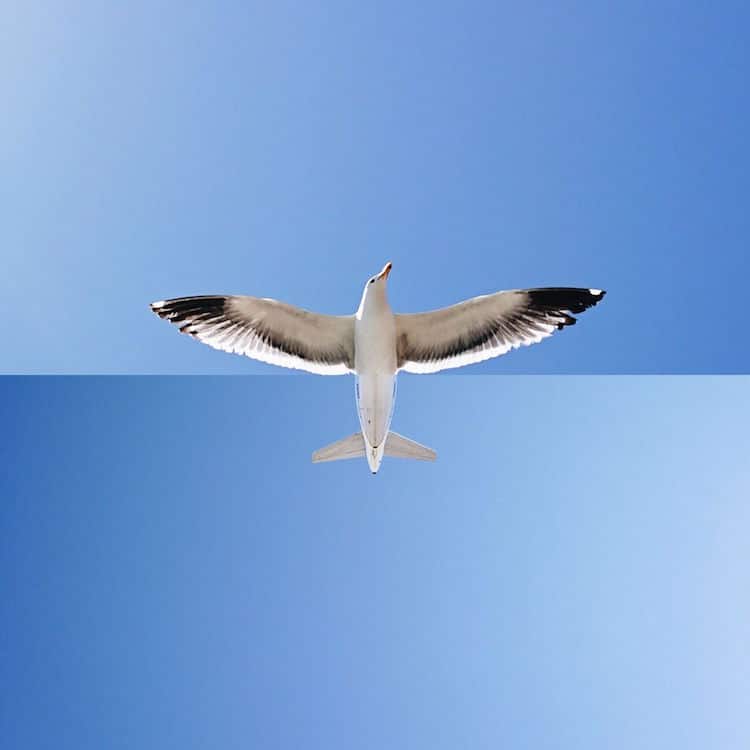 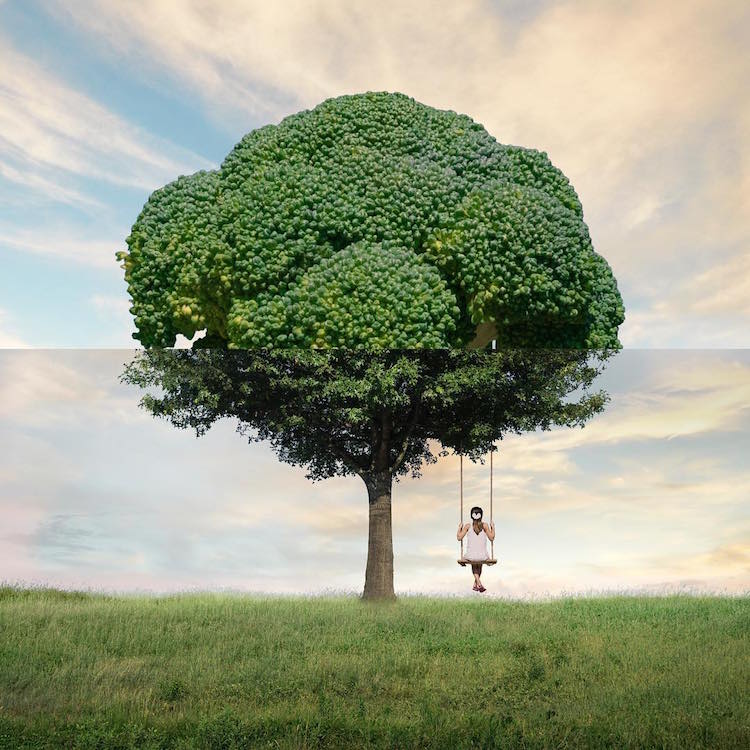 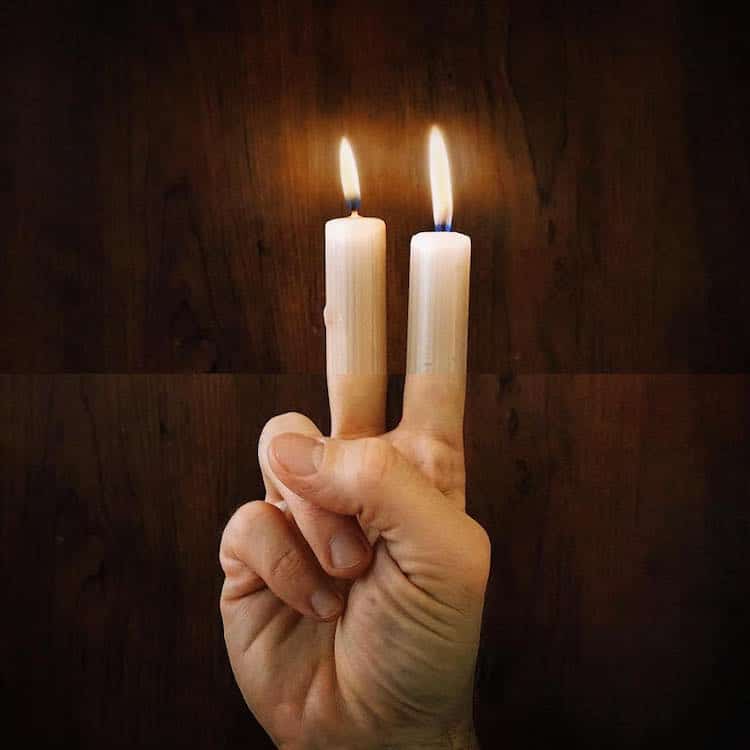 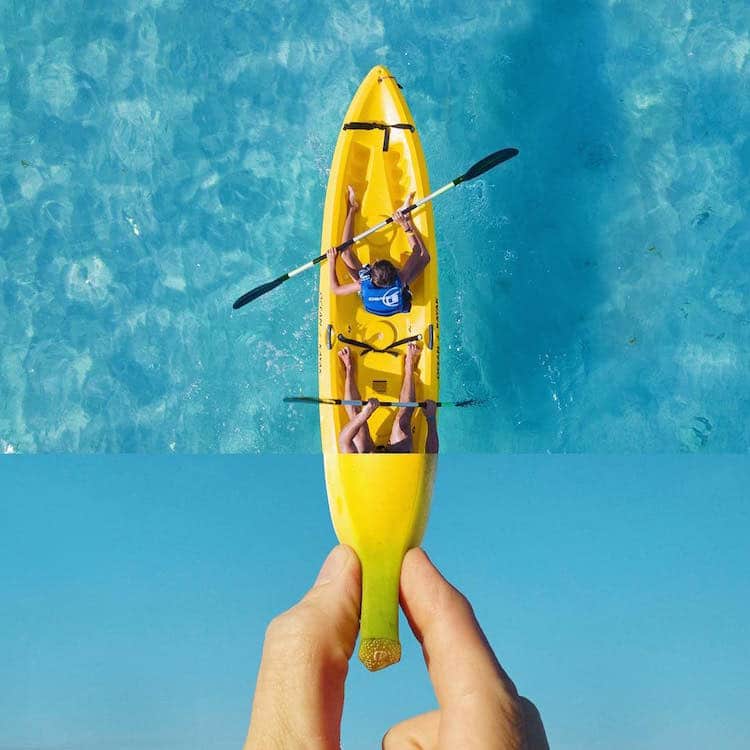 My Modern Met was granted permission to use photos by Stephen McMennamy.