Being married means something different to every couple. For some, it begins the first chapter of living together. While for others, it changes just about nothing about their everyday lives, except they have shiny new rings on their fingers as a symbol of their long lasting love. But aside from the tangible shifts that come when a couple ties the knot, including a possible move or wearing a little more jewelry, there is another change that many couples consider: whether or not they will share the same surname.

One engaged woman reached out on Reddit asking if she was in the wrong for planning to pass her last name onto her soon-to-be husband, after she learned that her brother and father were not on board with the idea. Below, you can read the full story, as well as some of the replies her post has received, and let us know your thoughts in the comments. If you are married or plan to be at some point, we would love to hear how you handled or intend to handle the surname situation, and then if you’re interested in reading another Bored Panda article discussing why some women choose not to take their husband’s last name, look no further than right here.

After facing opposition from her family members, this woman is wondering if she’s wrong for planning to give her fiancé her last name 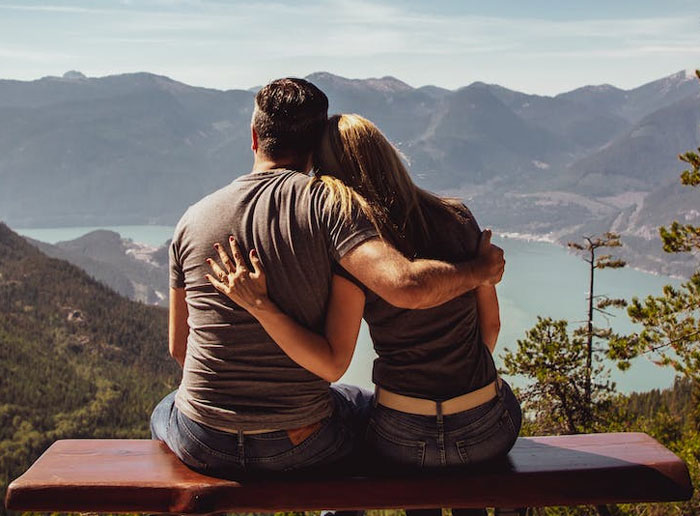 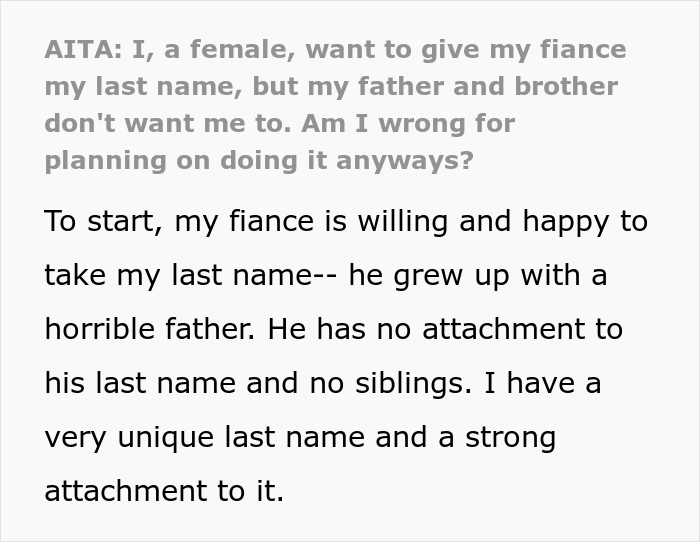 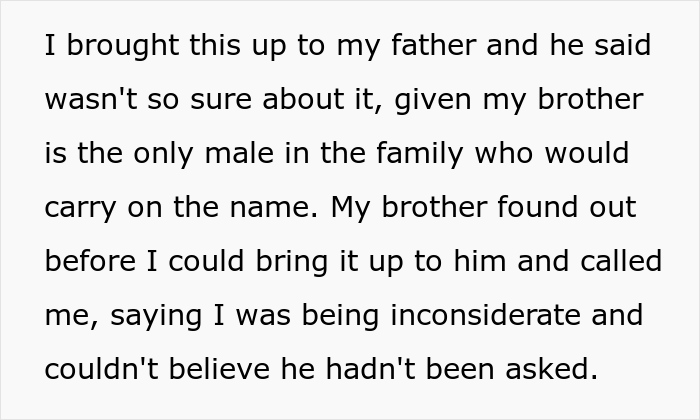 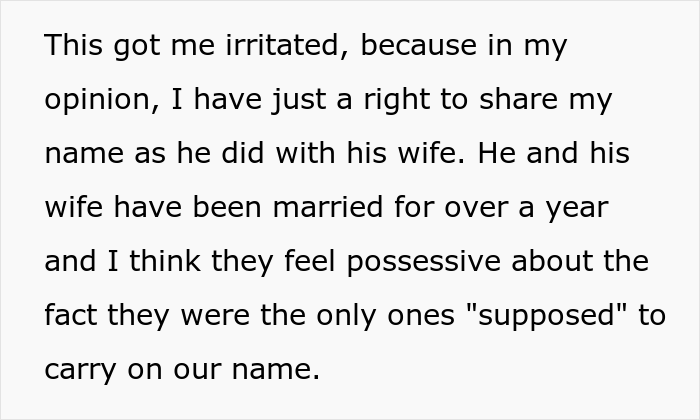 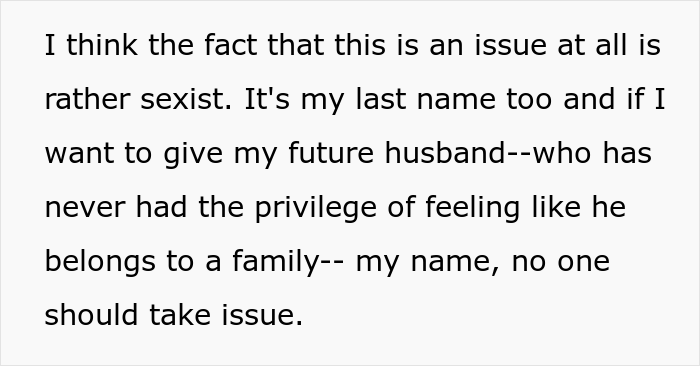 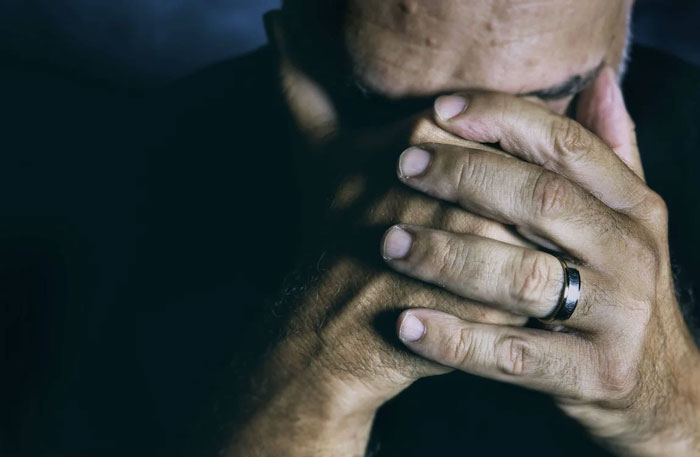 She later posted an update on the situation 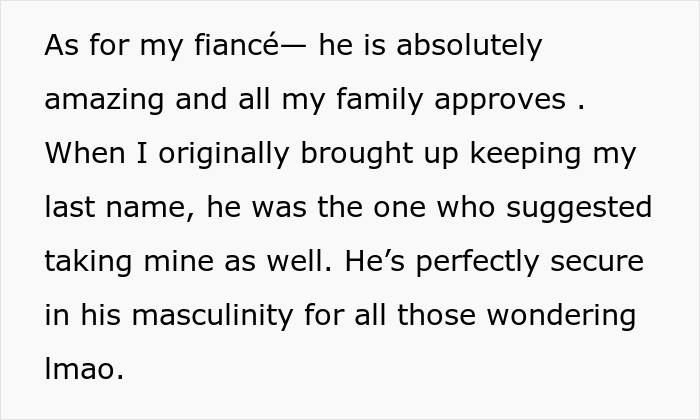 Typically, when a married couple consists of a man and a woman, the woman agrees to take her husband’s last name. In fact, 70% of married women in the US have taken their husband’s surname, and nearly 90% of married women in the UK have done the same. However, there are no real rules when it comes to who can take whose name, and a wife has just as much right to share her last name with her husband as the other way around. Just because it is expected for the wife to change her name (or add her husband’s name onto the end) does not mean there is anything wrong with doing things differently.

The tradition of women taking on their husbands’ names dates all the way back to the 11th century. According to Brides.com, following the Norman Conquest, the Normans introduced the idea of “coverture”, or the idea that after becoming married a woman becomes a possession of her husband. Because of this, a woman’s identity would be “covered”, or essentially erased, by her husband, and she would no longer be able to own property or enter into contracts of her own. She would have almost no legal or financial rights, including to her children. Eventually, these coverture practices became outdated, but the societal expectation for a wife to take her husband’s last name has persisted. Even 60 years ago, married women could not get passports, driver’s licenses or register to vote unless they used their husband’s last name. So if you’ve always assumed that a woman should take a man’s name “out of tradition”, it might be interesting to know what sorts of traditions you are upholding. You might not agree with them after all.

While stories like this one, where the man decides to take his wife’s last name, are much less common, they do happen. About 3% of married men have changed their surname to their wife’s. This decision does often come with a bit of stigma though, as people tend to not understand people who make decisions that go against the grain. To explain why this was the right choice for himself, and perhaps many other couples, one man, Sean Michael Wellington, wrote a piece for Essence about how he took his wife’s last name.

Sean explained that he had never even considered the idea until he heard that actress Zoe Saldana’s husband took her last name after they got married in 2015. That sparked an idea within him, and although he was proud of his own last name, he knew that his wife only had sisters and that nobody would be passing on their family name if each of them decided to take their husbands’ names. He also noted that he took the name out of respect for his father-in-law, who survived the infamous Kendall Train Crash in Jamaica over 50 years ago. “Had he not had the resilience and good fortune to survive this horrific crash, I wouldn’t have Simone in my life. To me, taking on the Wellington last name is a small gesture of respect,” Sean explained.

This day in age, it’s important for couples to make decisions for themselves, not to appease society or their relatives. If it makes more sense for them to share the wife’s last name, more power to them. There’s no need for us to worry about what is most common or what is expected, especially when there are plenty of couples out there made up of two husbands or two wives. They shouldn’t feel pressure to take one specific person’s last name, and neither should anyone else. We would love to hear your thoughts on this story in the comments, and if you are married or plan to be soon, feel free to share how you and your partner worked out the surname situation.

Many readers assured the woman that she did nothing wrong, agreeing that it is sexist to assume she has to take her husband’s name 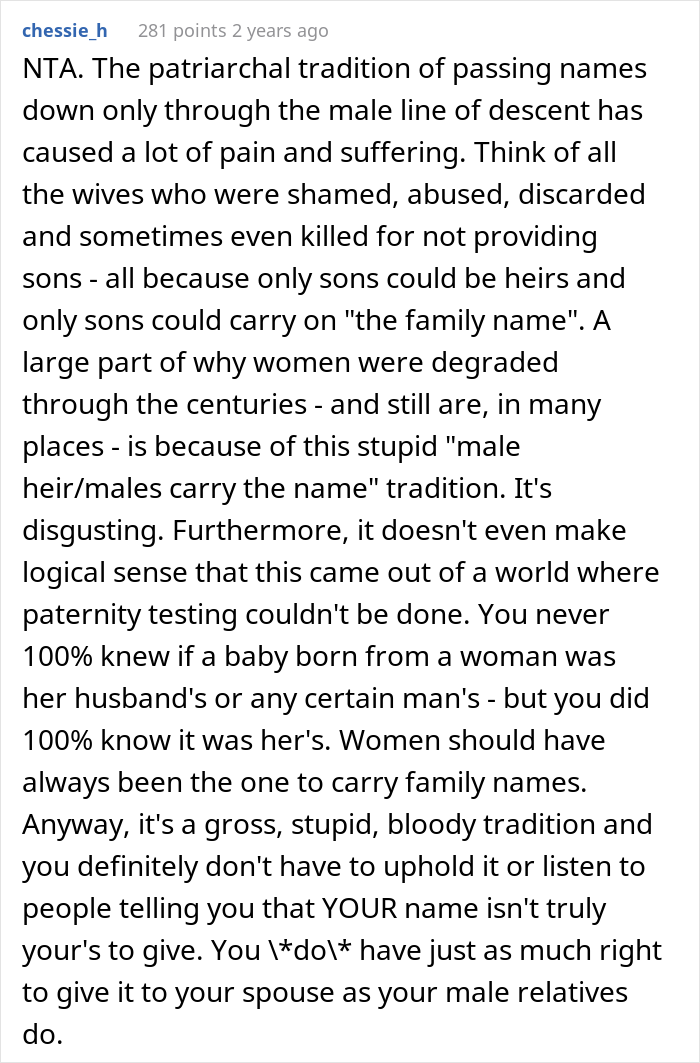 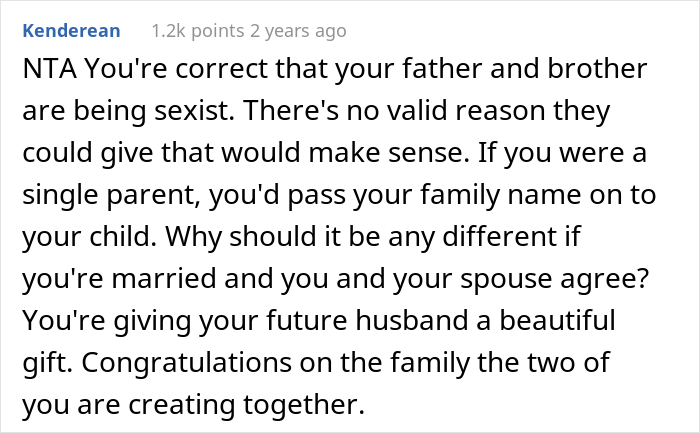