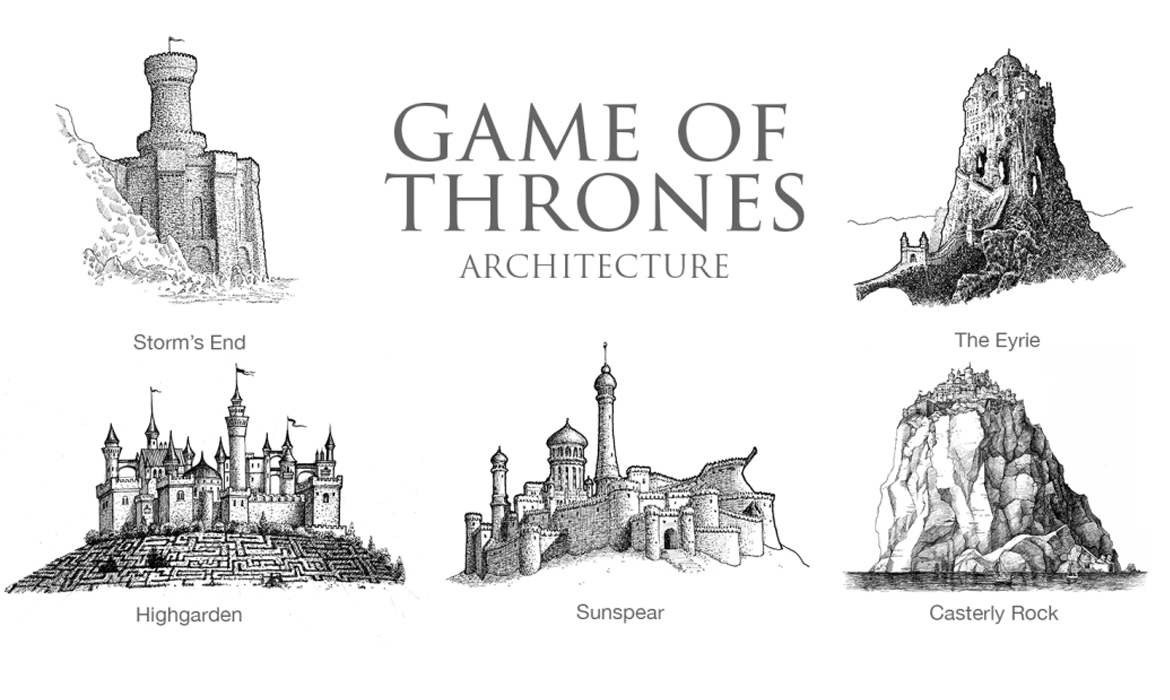 Whether on screen or in writing, there’s no denying that there’s a lot of incredible architecture in some of our favorite fictional series. Architecture buffs will love these new illustrations compiled by Angie’s List, which bring buildings from six beloved pop culture universes to life.

From the Game of Thrones’ Winterfell to Studio Ghibli’s fantastical Howl’s Castle, the black and white pen drawings bring a classic form to each type of architecture. As a group, it’s incredible to see the creative minds of the TV, film, and video producers that conjure up the mythical architecture that’s home to our favorite fictional universes.

The Harry Potter collection shows how our wizard went from a fairly normal life on Privet Drive to the more surreal environment at Hogwarts and the teetering Burrow. The Marvel Universe brings us some futuristic buildings, like the sleek Avengers Tower and the industrial chic Triskelion.

In a galaxy far, far away, there are no limits to what’s possible. Seeing Star Wars’ Cloud City and Darth Vader’s Castle reminds us that in the fictional world, you can throw out the rulebooks. Yet it’s nice to see that even in the most daring architectural creations, there are hints of the classical. The Royal Palace of Star Wars gives hints of Istanbul’s Hagia Sophia, while rooflines in Skyrim harken back to the sweeping roofs of Chinese temples.

Check out the pen illustrations detailing the architecture of these beloved fictional universes. 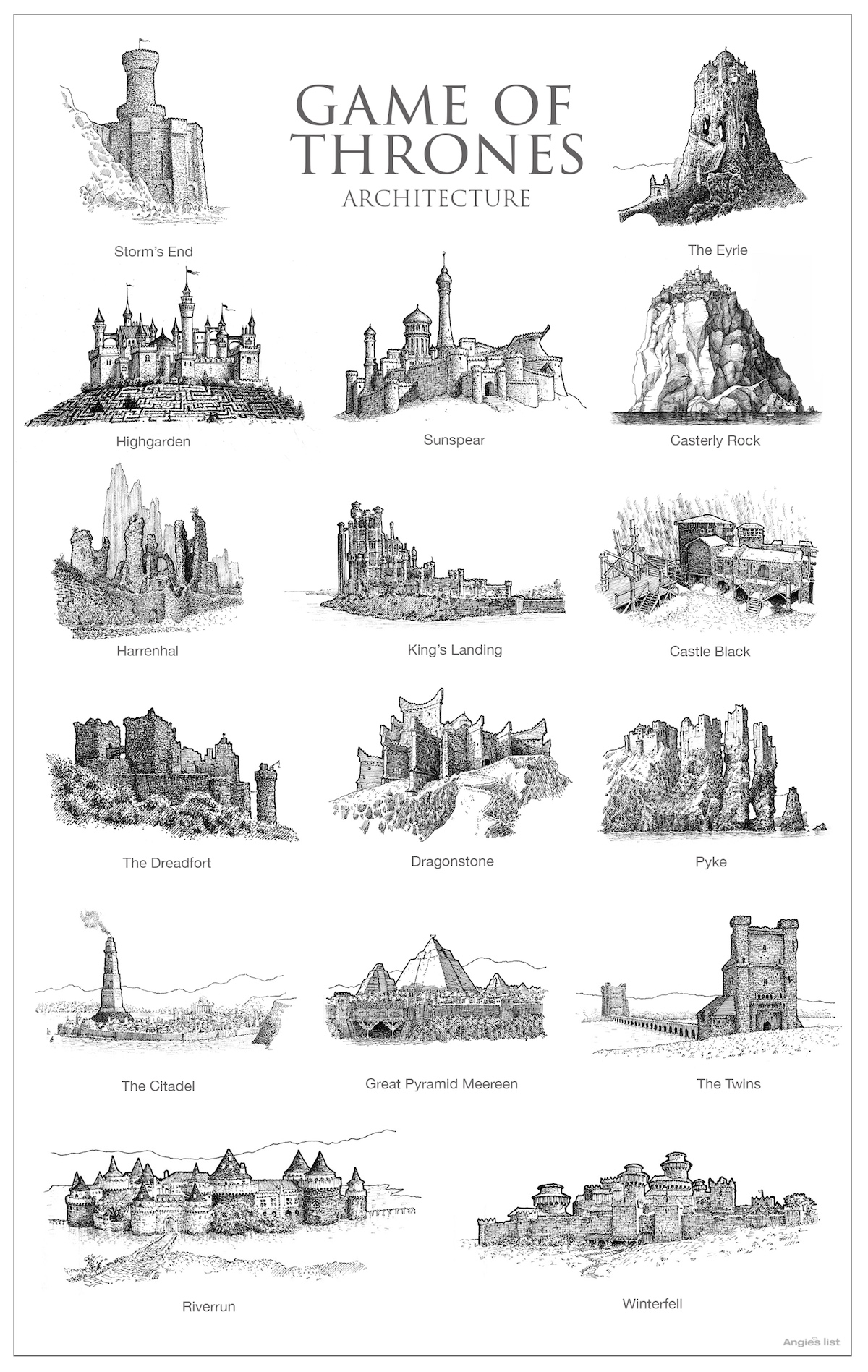 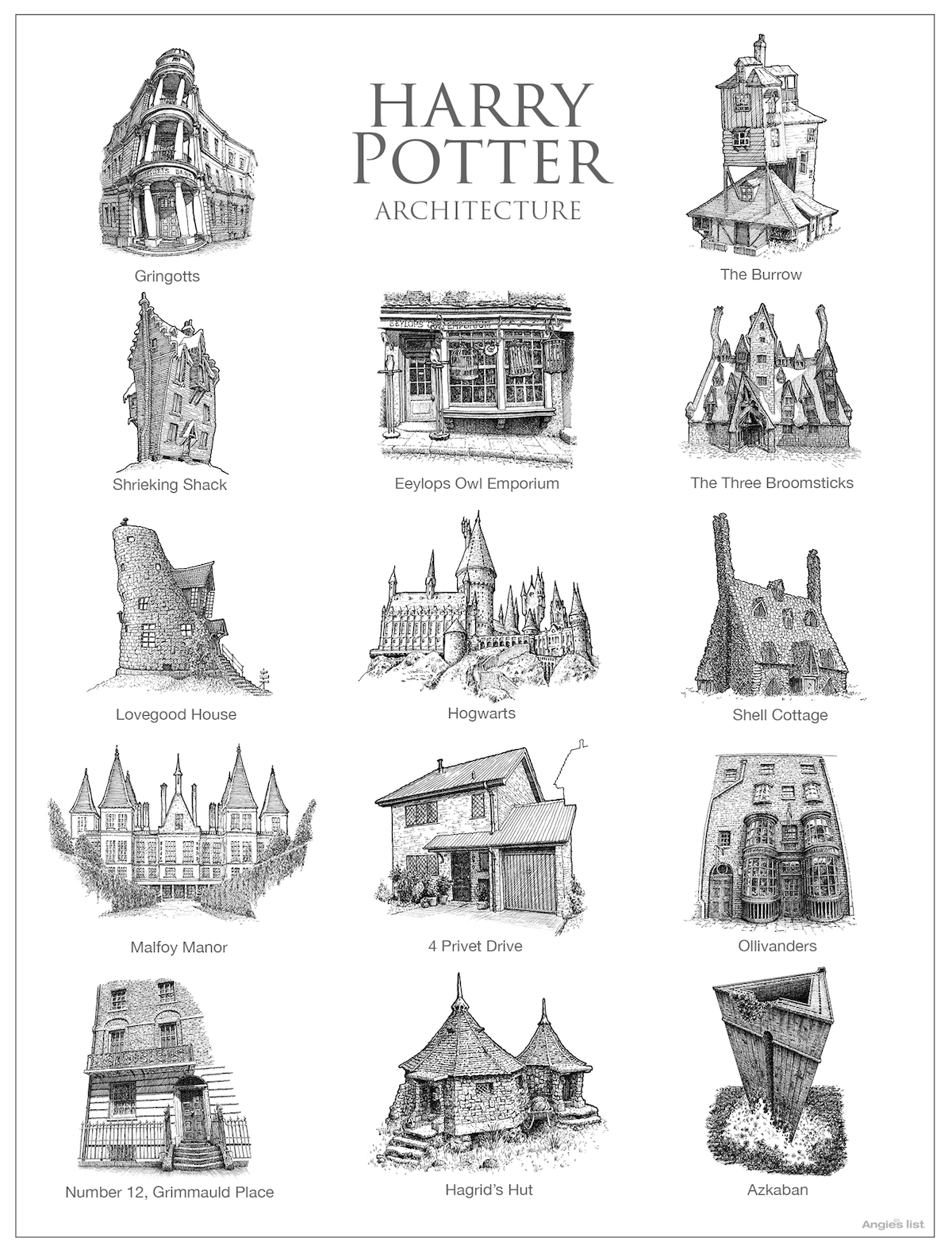 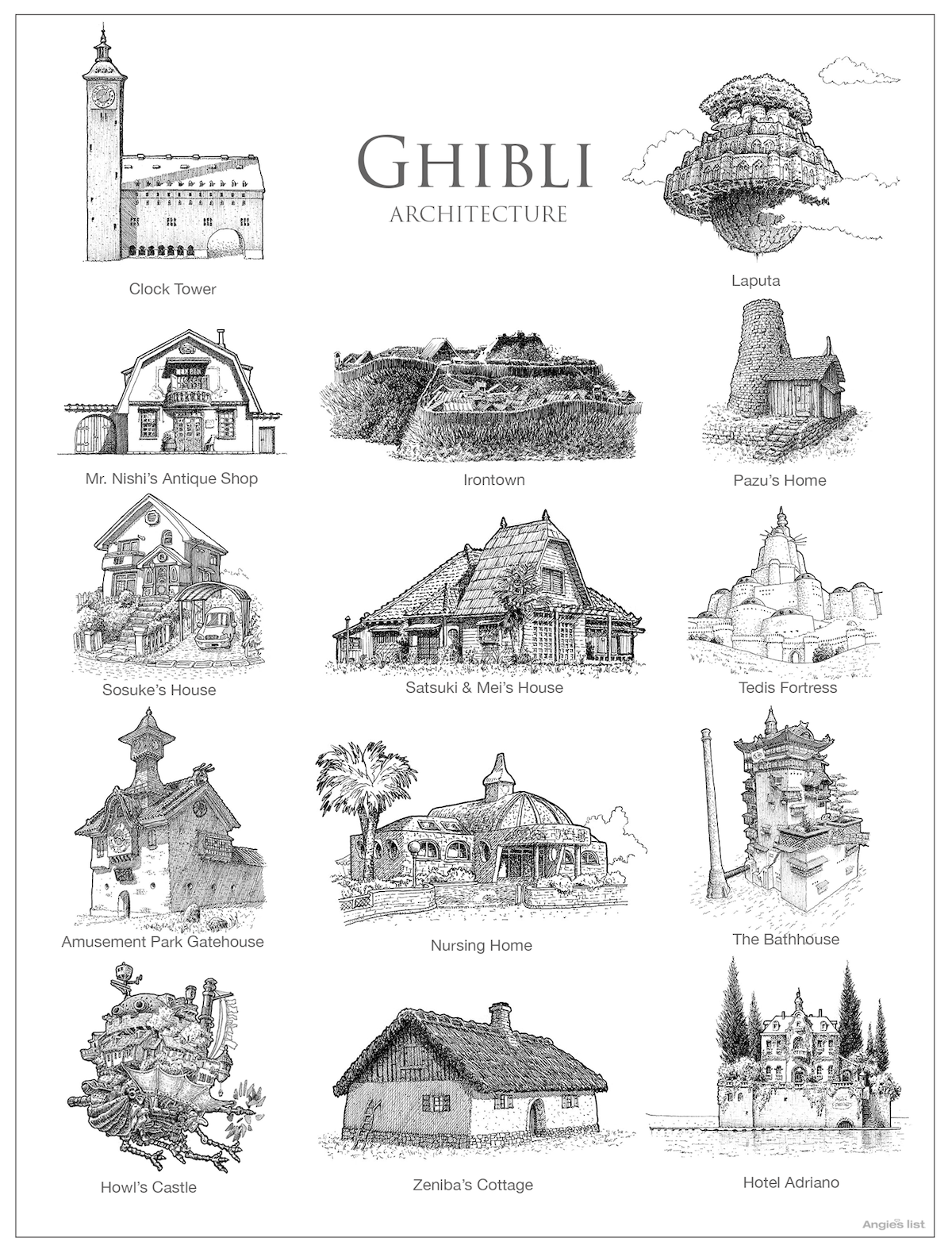 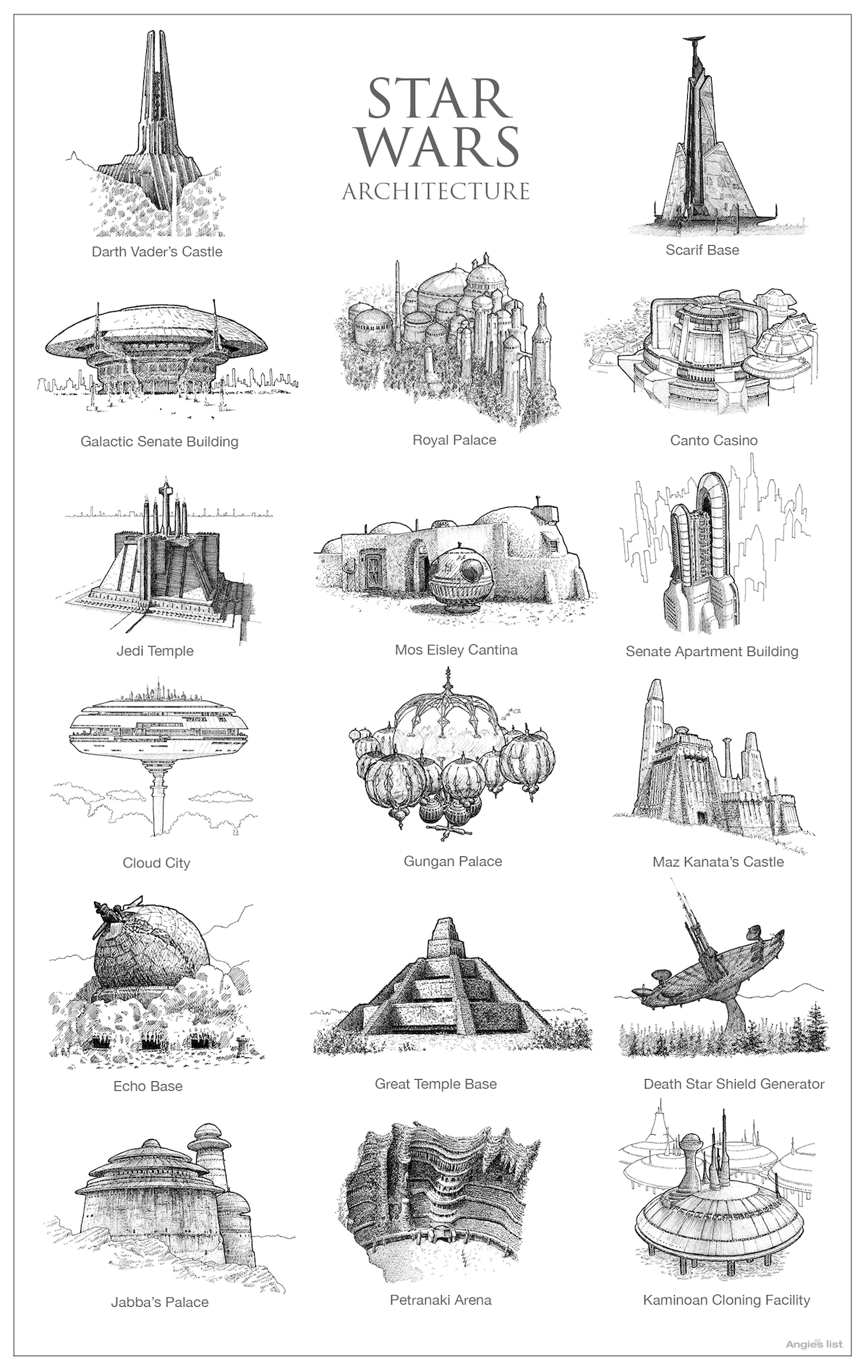 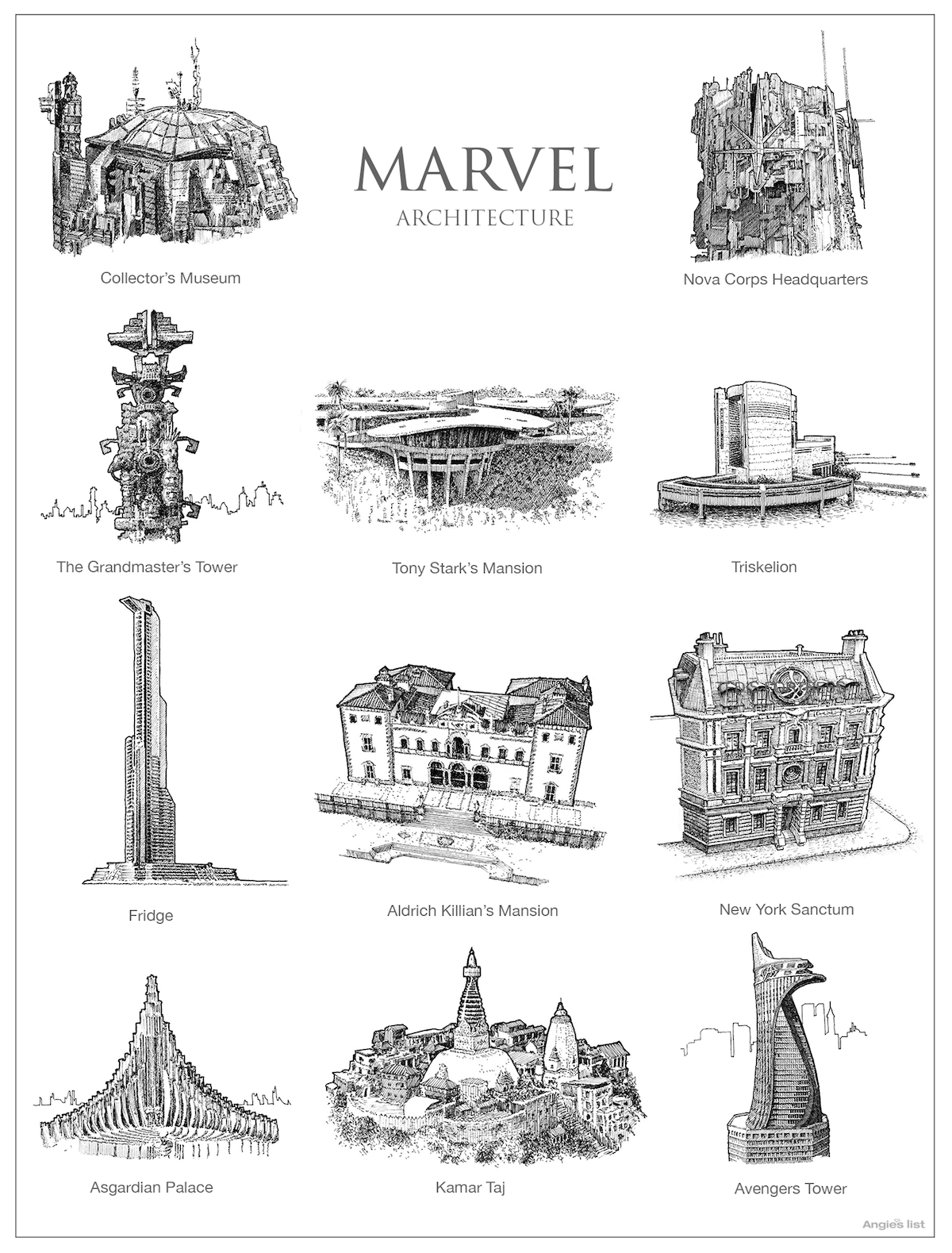 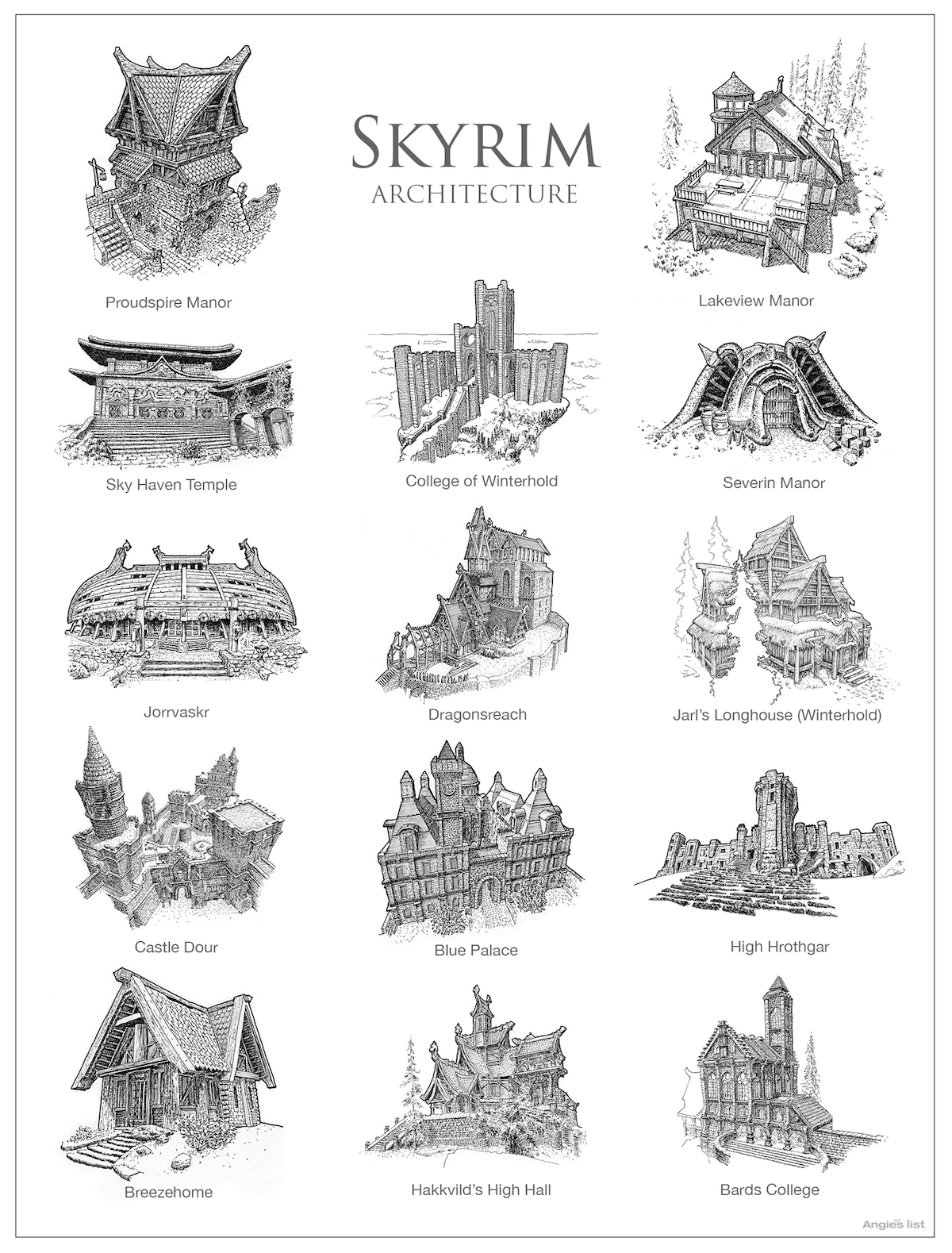 My Modern Met granted permission to use images by Angie’s List.