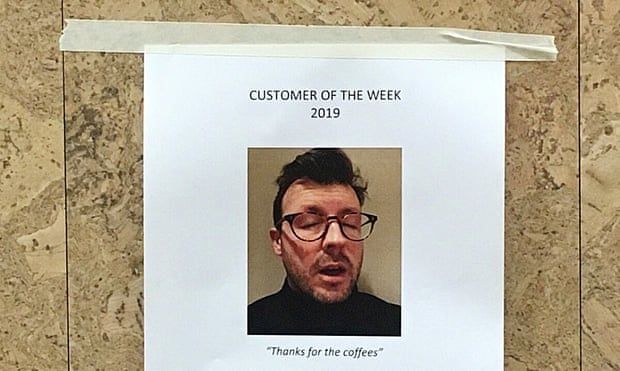 It all began as a joke. Fraser Harvey, a regular customer at the Sensory Lab coffee shop in Melbourne, Australia taped a flier to the wall of his favorite cafe. It proclaimed him Customer of the Week. 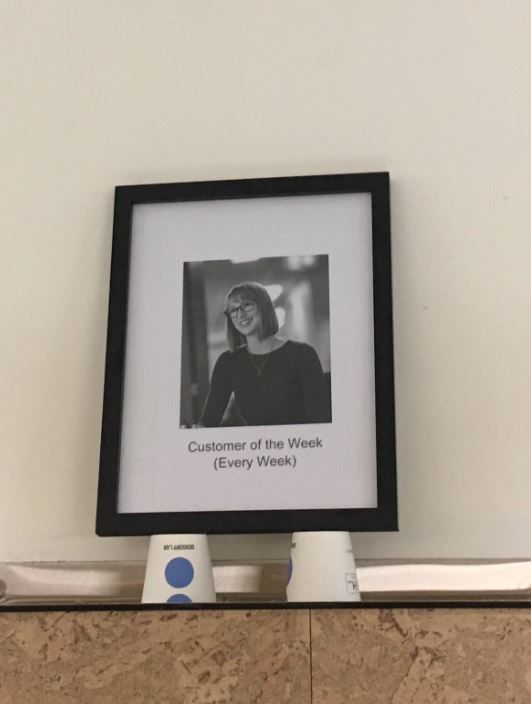 Harvey then went about his business, which included drinking coffee. When he stopped by again, he saw this photo instead of his own. It was better than his, as it had a frame.

He had been challenged.

He would not back down, as he was the true Customer of the Week. And thus began the Great Customer War of 2019, as neither would yield to the other. Both Harvey and his anonymous adversary repeatedly one-upped each other.

In their most recent engagement, Harvey’s opponent got a tattoo affirming her position as Customer of the Week.

Read the whole extraordinary story at The Guardian, including feedback on the reactions of employees and customers:

Malatesta was able to shed more light: “Customers were weirding the [expletive deleted-ed.] out. Because she wheeled in that projector. She was there, you know, trying to get her face exactly where she wanted it. If only they’d filmed it. It’s like a Seinfeld episode.”

-via Nag on the Lake | Photos: Fraser Harvey, whom I’m rooting for.