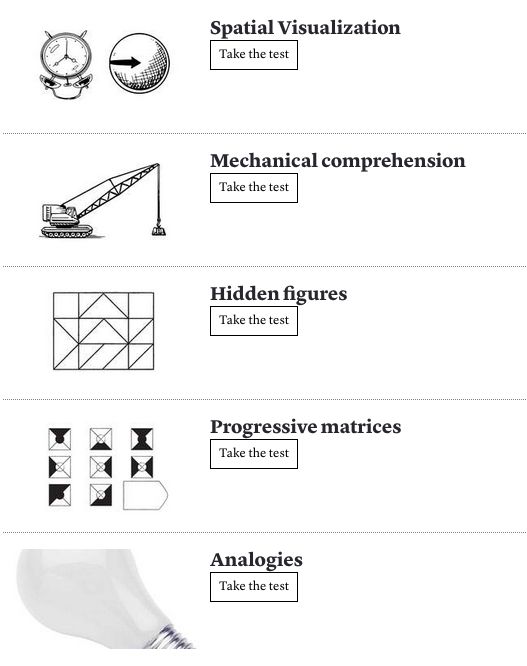 In 1958, America’s new space agency called NASA launched an extensive search for men who would become astronauts. Of 508 candidates, the Mercury 7 were selected via a battery of physical, psychological, and intellectual tests.

Hopefuls sat in extreme heat and cold, did math in 145-decibel rooms (normal conversation is 60 dB), and spent hours in isolation chambers. On top of all that, candidates took 12 intelligence tests. These exams sought to predict a wealth of unknowns: how the men would maneuver spacecraft, if they could problem-solve midflight, and whether they grasped the science that would keep them aloft.

While the physical tests can’t be taken online, Popular Science is offering us the chance to try a small portion of the intelligence tests those men took 60 years ago. I tried it; all I can say it I’m glad the questions aren’t timed. Good luck! -via Mental Floss