We know that our livers clear booze from our systems. But we’ve all also encountered someone so stinkin’ drunk that they literally smell like booze. That’s because there’s ethanol (alcohol) on their breath; it turns out that in addition to the liver, the lungs also play a role in expelling alcohol.

“It has been noted almost a century ago that the ethanol present in exhaled breath is amenable to a form of elimination proportional to the blood concentration and level of ventilation,” writes a research team led by Dr. Joseph Fisher of Canada’s University Health Network in Nature. In other words, breathing out whilst drunk actually clears some of that ethanol from your system.

What Dr. Fisher and his team wondered was: How do you speed that process up? “You can’t just hyperventilate, because in a minute or two you would become light-headed and pass out,” Dr. Fisher said in a UHN article. When you hyperventilate, you’re expelling carbon dioxide at too fast a rate for your body to handle. That leads to light-headedness and fainting.

Dr. Fisher and his team used a device that allows the patient to hyperventilate off the alcohol while returning precisely the amount of carbon dioxide to the body to keep it at normal levels in the blood – regardless of the extent of hyperventilation. The equipment is the size of a small briefcase and uses a valve system, some connecting tubes, a mask, and a small tank with compressed carbon dioxide. 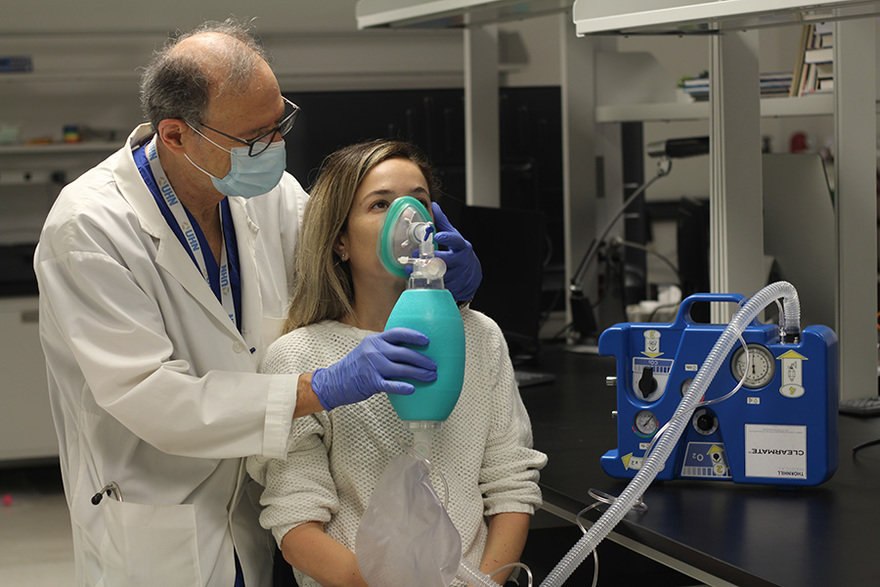 “It’s a very basic, low-tech device that could be made anywhere in the world: no electronics, no computers or filters are required,” says Dr. Fisher. “It’s almost inexplicable why we didn’t try this decades ago.”

To test their device, which they call the ClearMate, the team got five male test subjects drunk (around 0.1% blood alcohol content; the legal limit is 0.08%) on vodka, then had them exhale using the machine. The result was that the ClearMate “induced an exponential clearance of ethanol…increasing the absolute rate of clearance by at least a factor of 3.”

In other words, they sobered up three times quicker than without the machine.

The researchers say more testing is required, but if the ClearMate turns out to be legit, I imagine it’d be a huge hit. At the very least, they should be stocked as standard equipment in all wedding venues–I think we all have that one uncle who manages to get ahold of the mic and send things off of the rails.