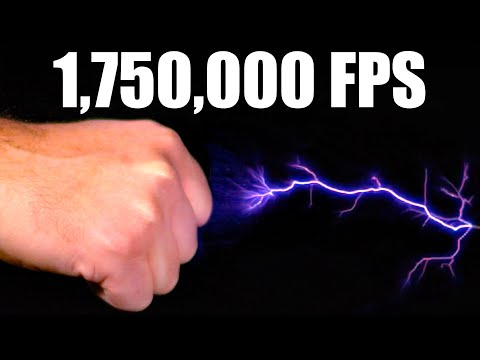 This is a longer video than I would normally consider posting, but it’s well worth it. Gavin Free and Dan Gruchy, the Slow-Mo Guys, have always wanted to record electricity in slow motion, but thought it might be a bit dangerous. They are no strangers to danger, at least Dan isn’t. He usually gets to do the dangerous stuff. But this time, they are teaming up with Mehdi Sadaghdar from ElectroBOOM (previously), who we know isn’t at all afraid of being shocked. So they set up a Tesla coil in order to record electrical arcs at 1,750,000 frames per second so we can really see what’s happening. That’s overkill, since we can’t watch it for the many hours the film would run at regular speed. As you can guess, we’ll have plenty of hijinks along the way as Medhi and Dan get their share of jolts and Gav stays safely out of the way. Their pain is our gain. -via Digg