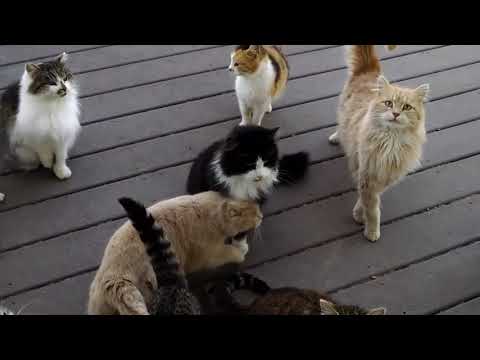 This is a compilation of familiar viral cat videos with a new soundtrack. Be on the lookout for the one cat who can actually form words. For some reason, I was trying to identify the movie in which Schwarzenegger made this particular noise, but I gave up on that pretty quickly. As one internet sage put it: “This is simultaneously both the stupidest and the greatest thing I’ve ever seen.” After this video goes viral, you’ll want to be on the lookout for the Werner Herzog version. Or maybe William Shatner. And this, kids, is the kind of thing that made the internet so popular in the 1990s, before we even had social media. -via Metafilter