The CEO of HyperSocial, a business that specializes in services like optimizing LinkedIn posts, is facing backlash after he posted a crying selfie on the social media platform next to an announcement that his company laid off some of its employees.

Describing the move as the “toughest thing” he has ever had to do, Wallake said he loved his workers and wished that he was “a business owner that was only money-driven and didn’t care about who he hurt along the way.”

As the post came amid (and dealt with) an increase in layoff announcements in the United States, the reactions to it are ranging from support and empathy to bewilderment and disgust. 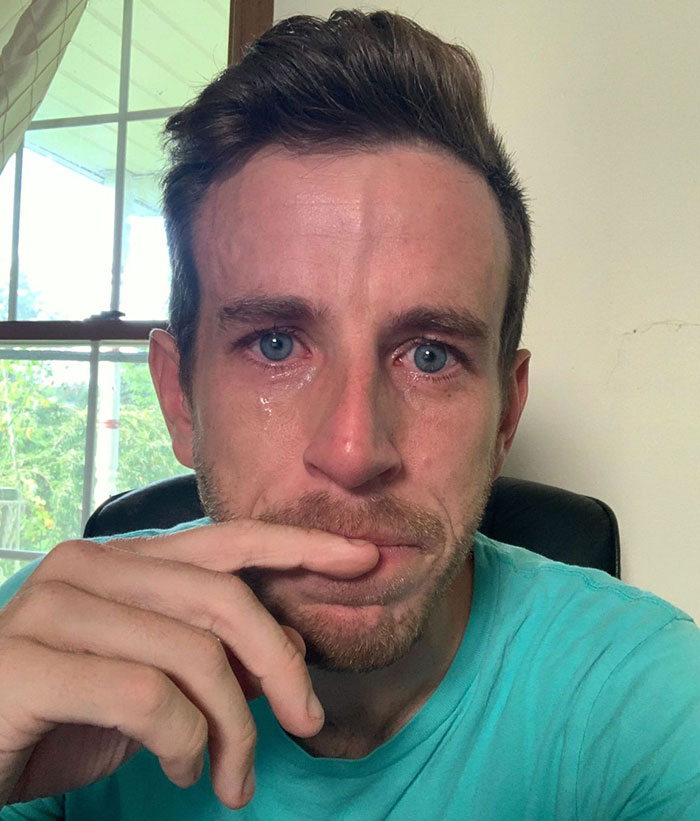 His post has since received over 35K reactions and 7.3K comments 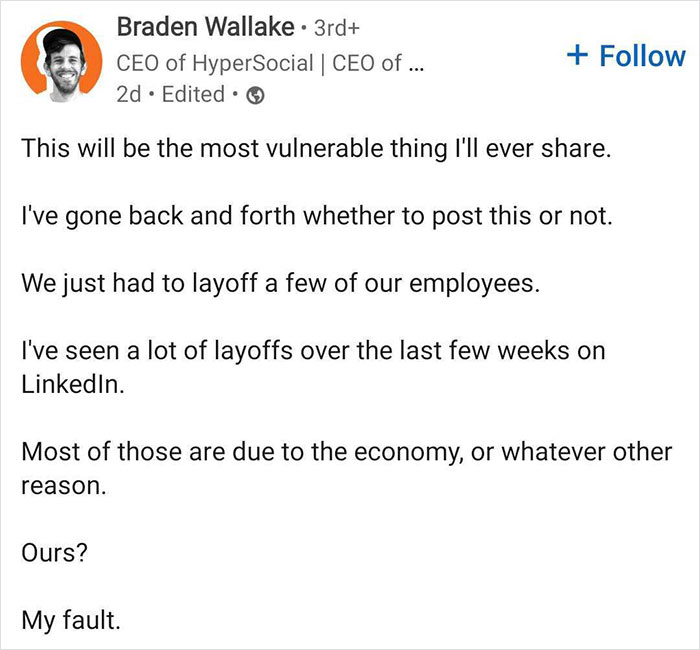 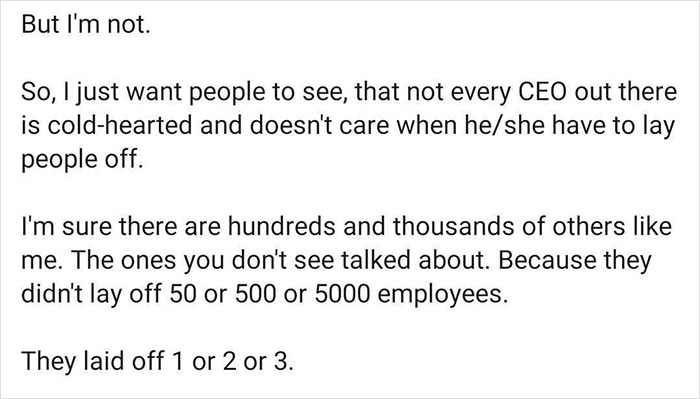 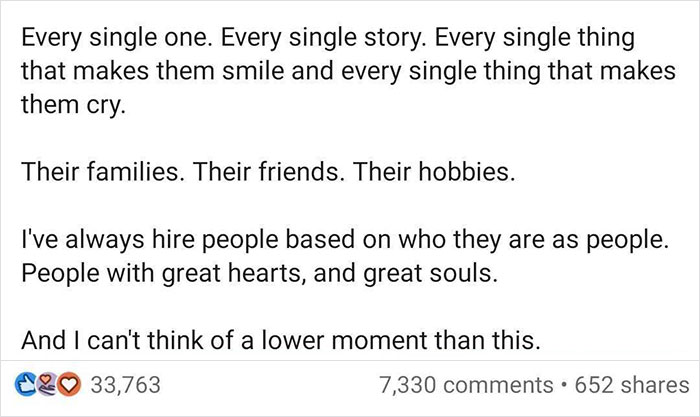 There’s been a growing number of CEOs posting about company layoffs on the professional networking platform, according to LinkedIn representatives.

“They’re being more transparent than ever on their take on business trends, sensitive company news, and their own advice on leading,” Andrei Santalo, LinkedIn’s Head of Community Management, told Axios Communicators author Eleanor Hawkins.

As the drama grew, some people called out the CEO for making this whole thing about himself 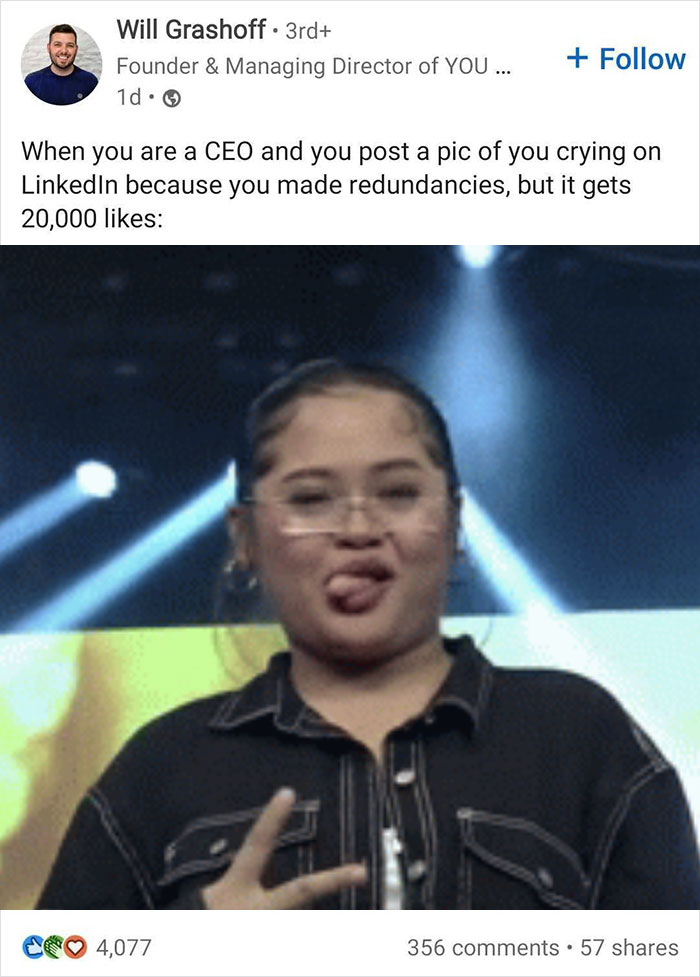 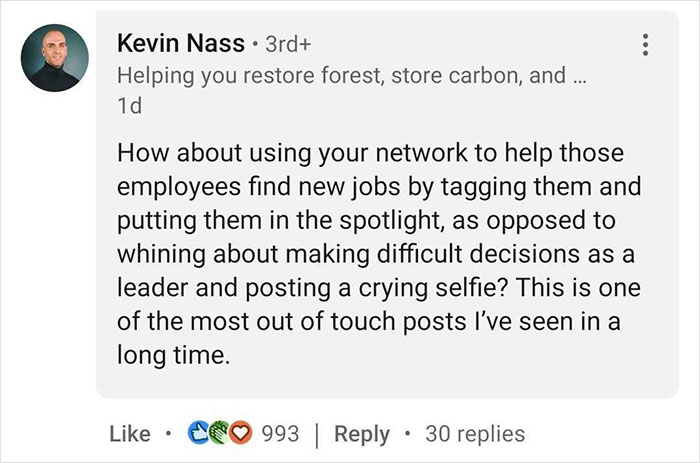 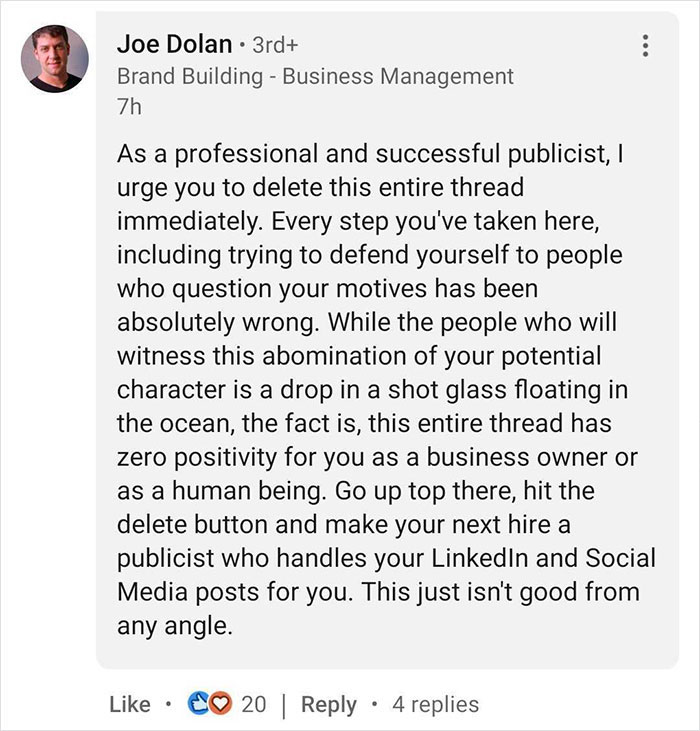 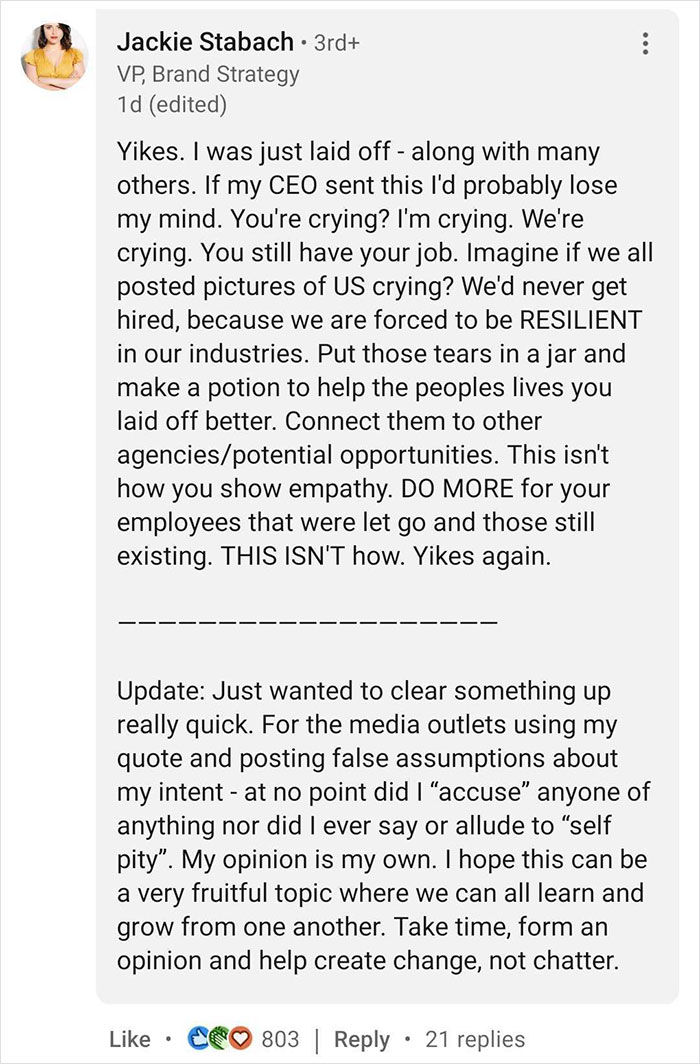 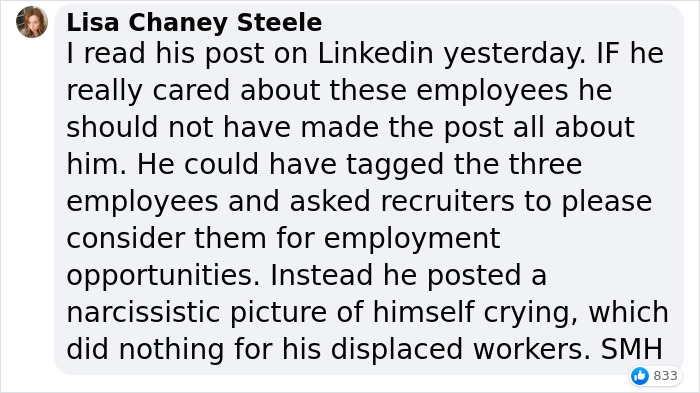 “It’s a trend, CEOs and leaders have been encouraged to be authentic and bring their real selves to work,” Spicer said. “It’s showing your real emotions and real reactions and people are kind of encouraged to display this through a lot of current management thinking … so it’s not surprising.”

He added that Wallake appeared to be navigating a delicate balancing act between being too authentic and not authentic enough – sometimes referred to as bounded authenticity.

“So ideally, what this guy should have done is sort of used bounded authenticity, where he was a bit honest about the mistakes he’d made and he’ll admit to this, but then not turning it into a pity party about himself, basically.” 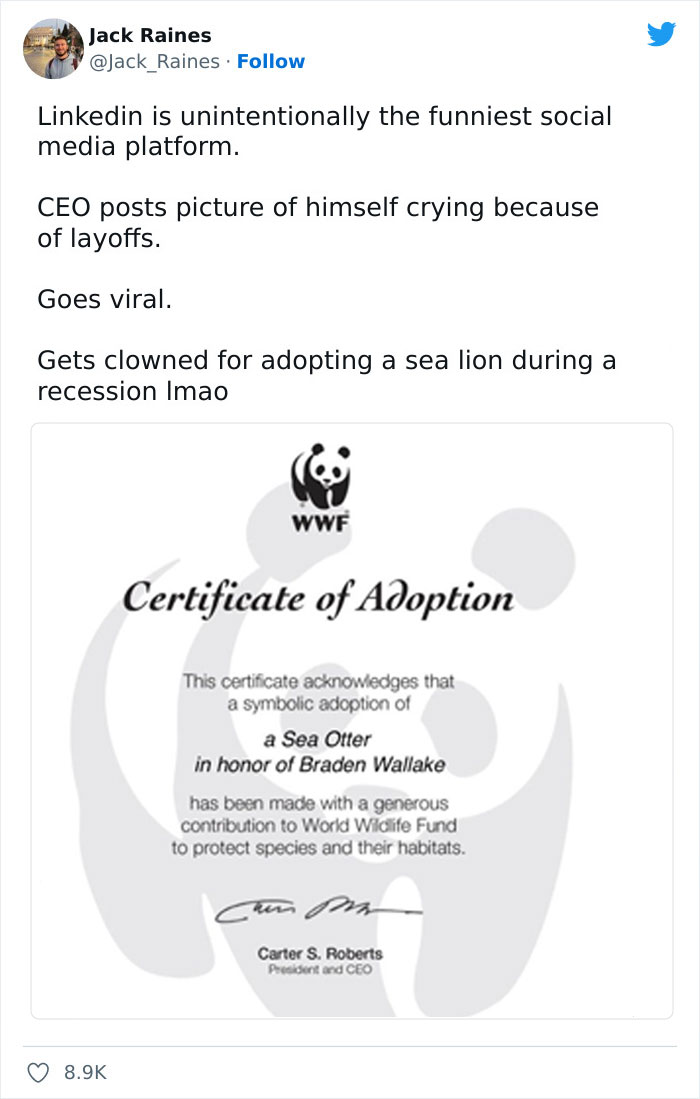 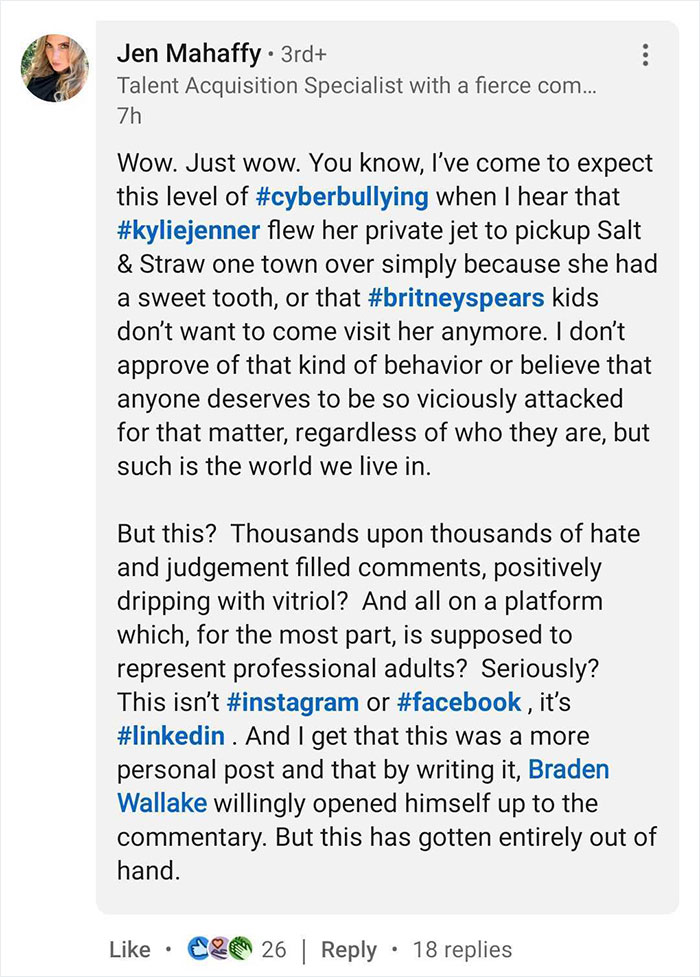 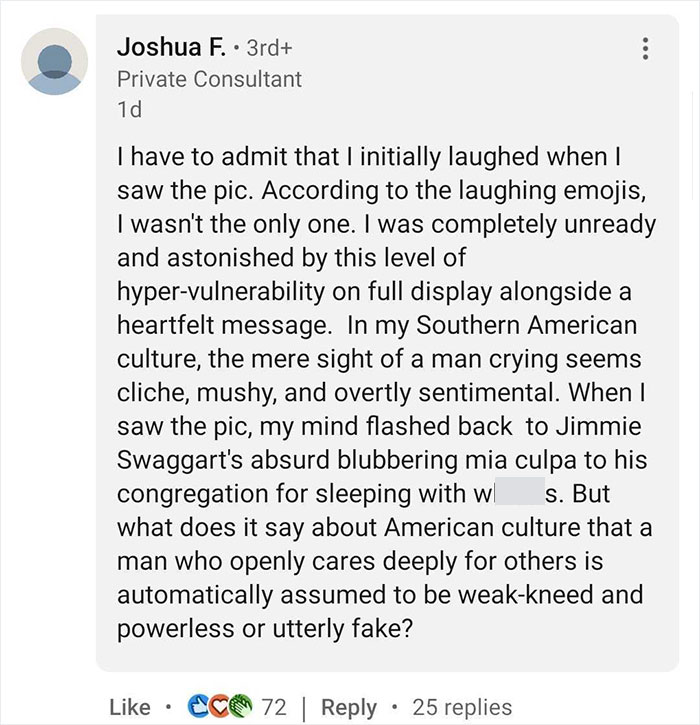 They think he didn’t deserve all the hate 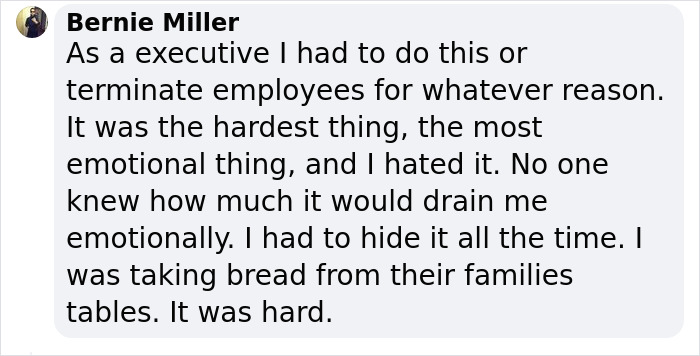 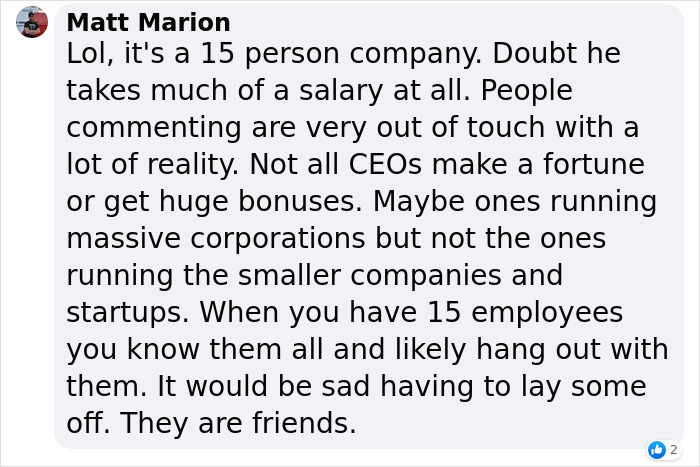 Wallake told Motherboard that the company had laid off two employees on Tuesday evening. He performed one himself and his “girlfriend slash business partner” did the second one in his presence.

According to the CEO, both of the laid-off employees were “over-the-top nice” about it and “assured” him and his business partner that they were “going to be okay.”

A few hours later, Wallake decided to make a post on LinkedIn in hopes of showing the emotional difficulties leadership faces when companies go through layoffs as well.

“I was just sitting here at my desk, just kind of crying, I guess, and decided to make the post because I have seen a lot on LinkedIn recently of how awful business owners and CEOs are for laying off their employees and that they’re laying off employees while they’re getting their third house in the Bahamas or wherever,” Wallake explained.

“There’s a lot of other business owners out there who are letting people go,” he added. “And it’s not because they’re padding their own profits, but it’s how their business is. And they may have done a lot and I just wanted to kind of put it out there that it’s not all just profit-hungry, rich businesses who are making layoffs, and there are normal people behind many layoffs as well.”

The CEO had tried to make other sacrifices before proceeding with the layoffs, reducing his pay to zero from the original $250 a week he had been paying himself. He also said he had previously taken no pay after he rebranded the company in 2019 and only started taking a paycheck last year.

Wallake acknowledged that he was sharing his own personal experience of the layoffs, and that he did not mean to imply his experience was tougher “than what they’re going through,” but that he believed in “a level of transparency” on LinkedIn and wanted to share the difficulties of being a small business owner.

“This was a low time in my life,” he said. “[I] was not attempting to compare my low time to the laid-off employees’ low time, because theirs is much worse. But just to simply share the journey that I am going through personally as a business owner in the current world.”

Following the criticism, Wallake admitted he too found the photo cringeworthy. For all the negative attention he received, the CEO said he was heartened to see other entrepreneurs reply saying that they were interested in potentially hiring the laid-off employees.

“I’ve laughed at people on other social media platforms who have posted pictures of themselves crying. And then I did it,” he responded to one comment. “I have no doubt this post can be a useful tool to either keep those employees or help them find better positions.”

After the story blew up, the CEO issued an update 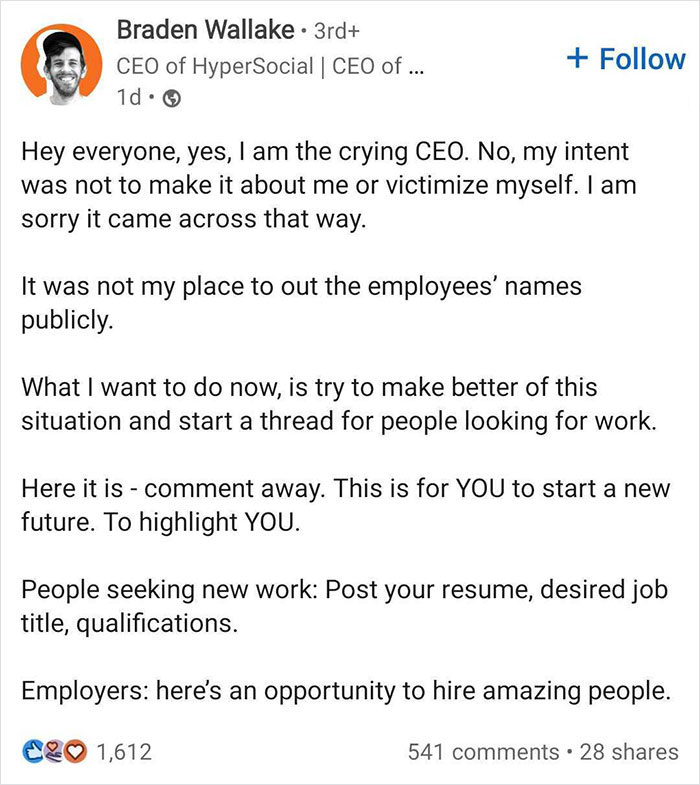 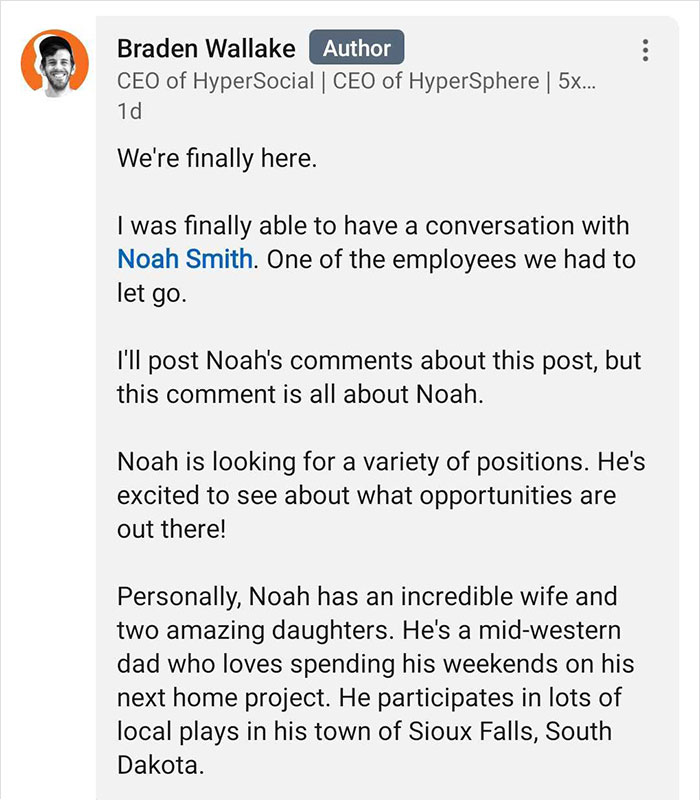 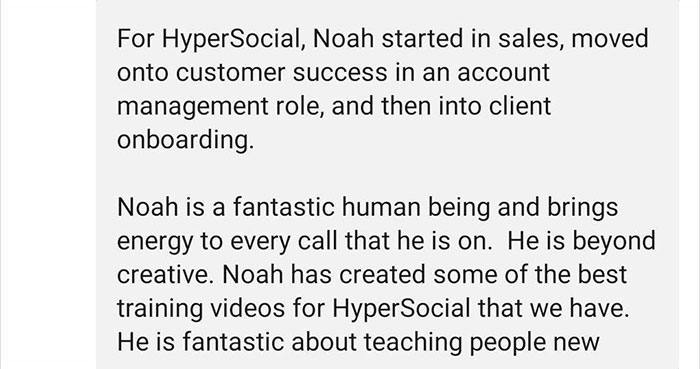 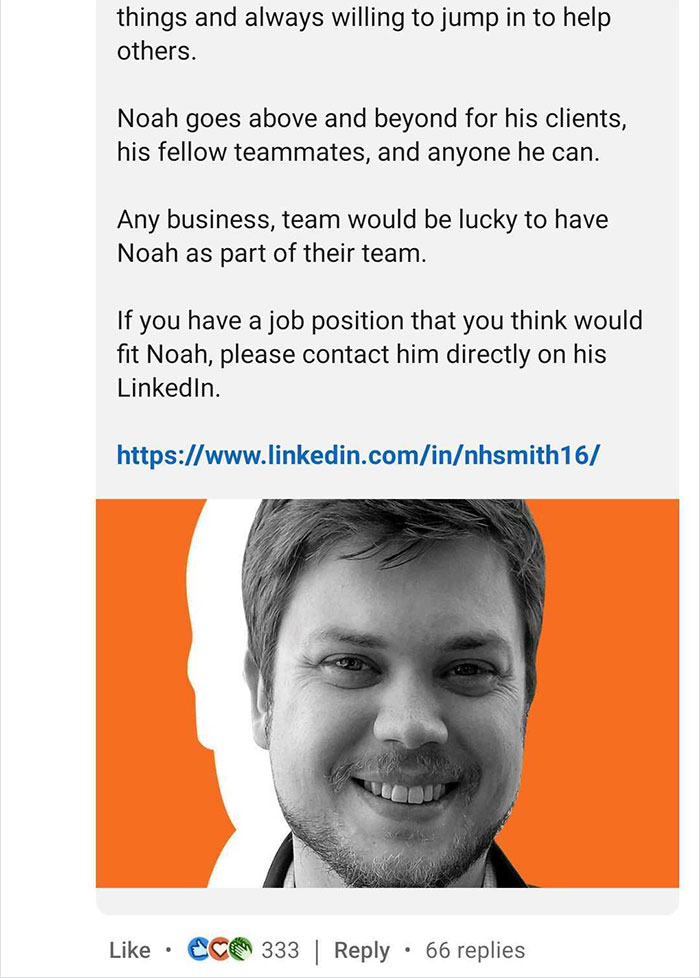 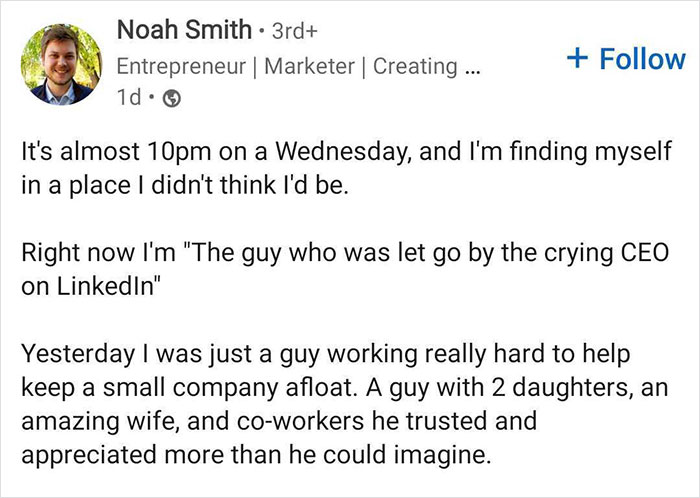 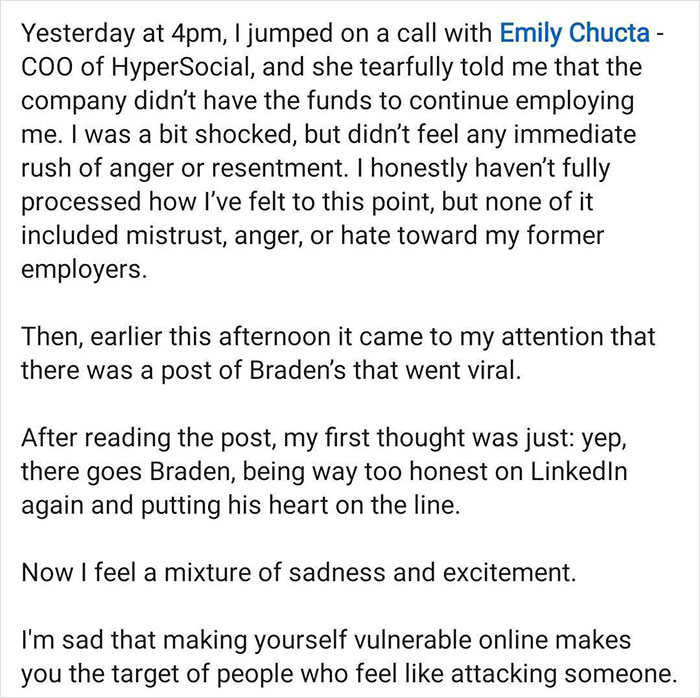 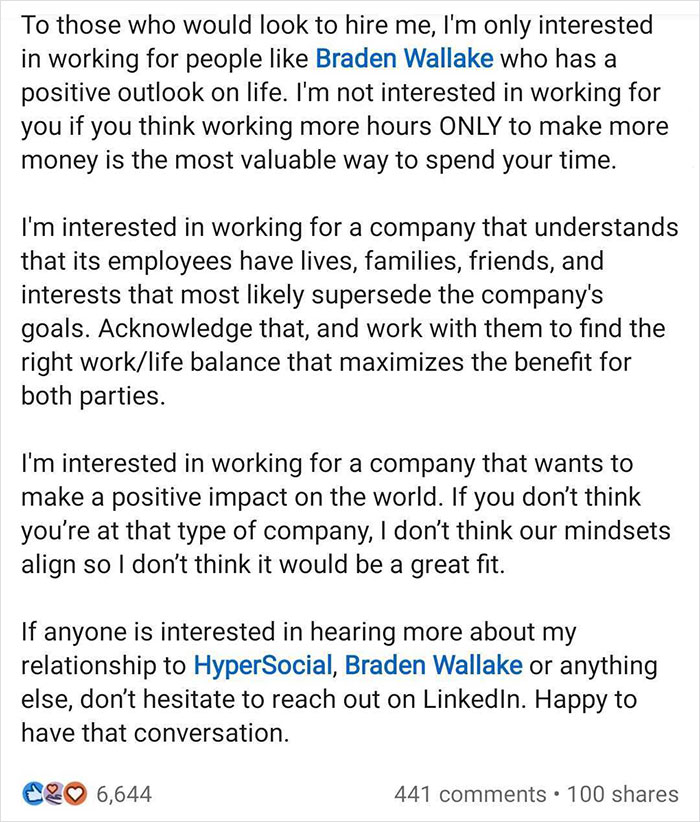