A ticket to space on Blue Origin’s rocket went for $29.7 million this month, with an additional cost: The winning bidder must share the ride with Jeff Bezos.

For those looking to spend a little less, a company call Space Perspective will be selling rides for just $125,000. They can do it on the cheap, relatively speaking, because they’re not paying for rockets and rocket fuel. Instead their Spaceship Neptune will ascend via “spaceballoon,” a 700-foot-tall football-stadium-sized balloon that will offer an easier, if slower, ride. “Instead of rocketing away from the Earth at high velocity,” the company writes, “you ascend on a gentle, yet thrilling journey and look back at our planet from an entirely new perspective.” 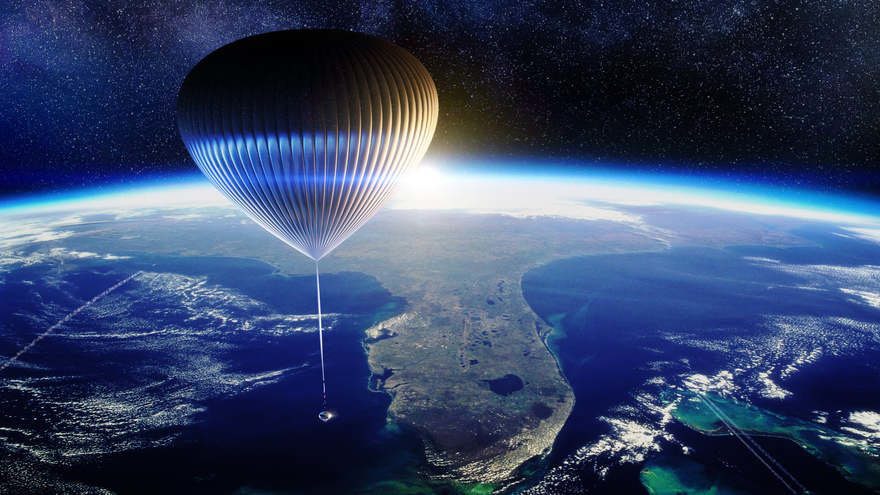 Passengers won’t be riding in a bucket, but in a pressurized capsule designed to seat eight “Explorers” and one pilot. Details on the capsule interior are light, but the company does mention that it “will have a bar, as every self-respecting spaceship must have for its space tourists;” there will also be a toilet somewhere in the craft, in case you hammer too many shots. Lastly, there will be Wi-Fi, because God forbid you do anything without livestreaming it. 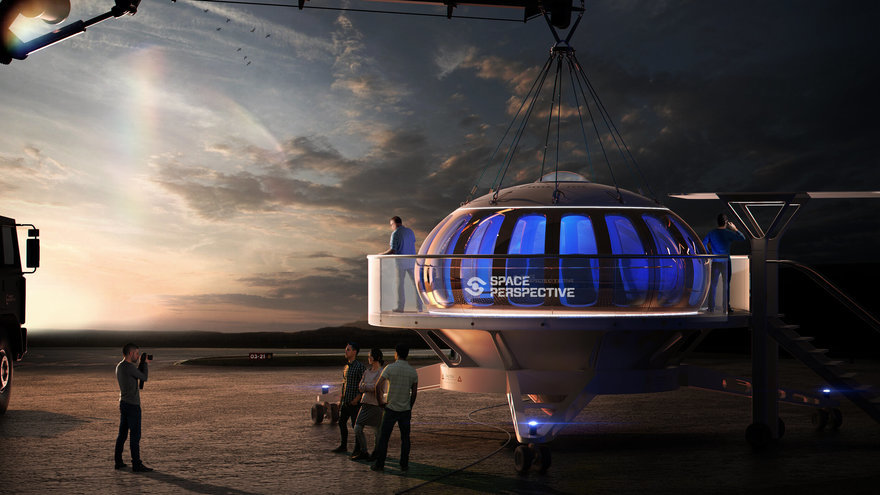 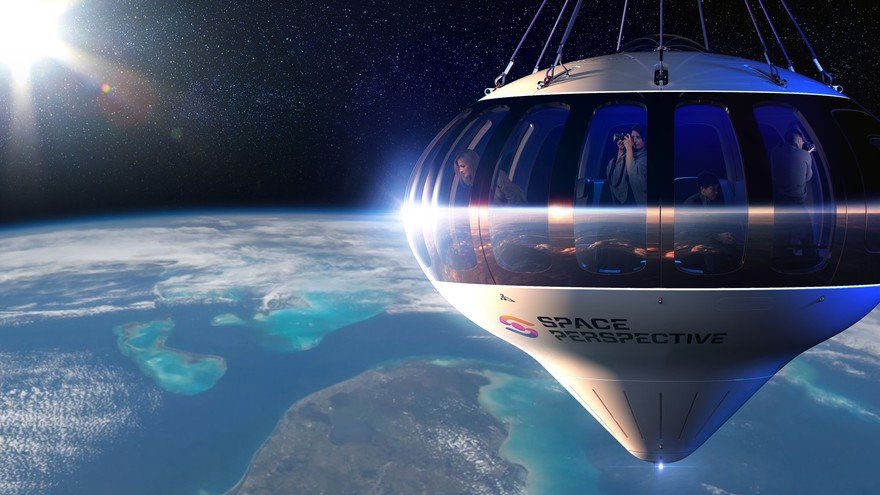 In addition to the reduced price, Space Perspective’s m.o. should appeal to those who aren’t keen to get into the kind of shape required for a rocket-based launch. In other words, there’s no physical training involved. “Currently,” the company writes, “there is no individual weight limit for passengers.” 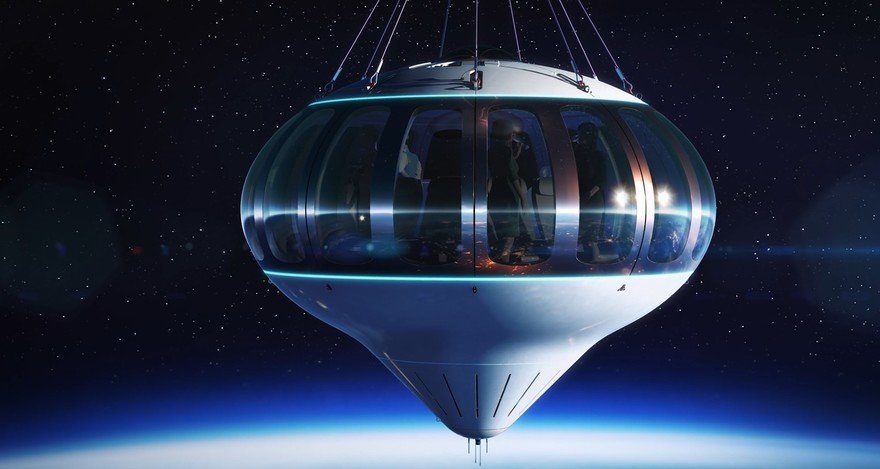 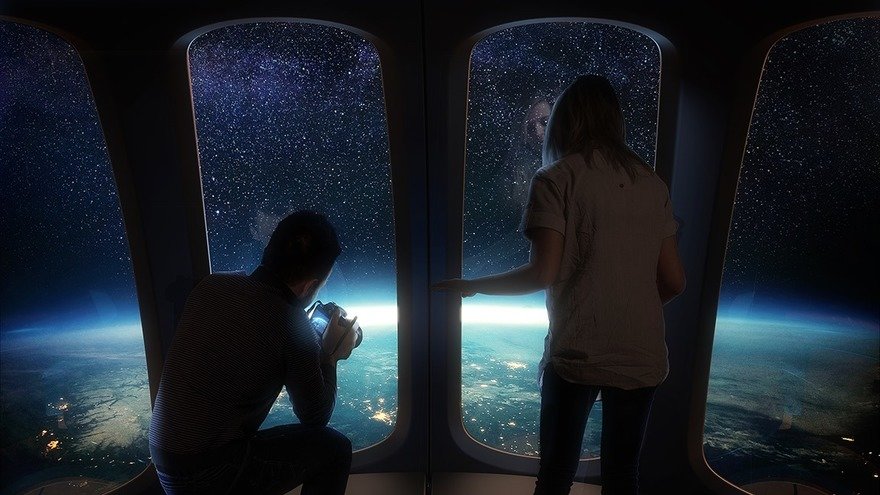 The total travel time is six hours: Two going up, two hanging out, two going down. 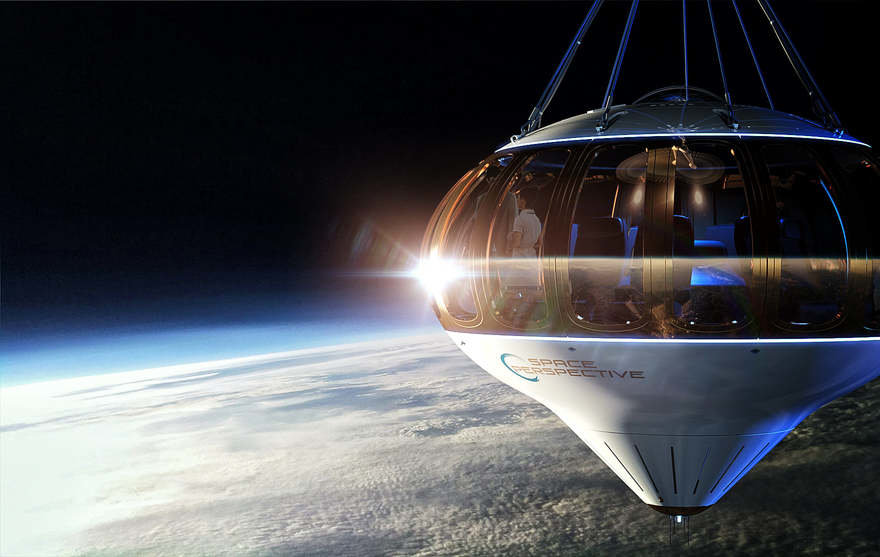 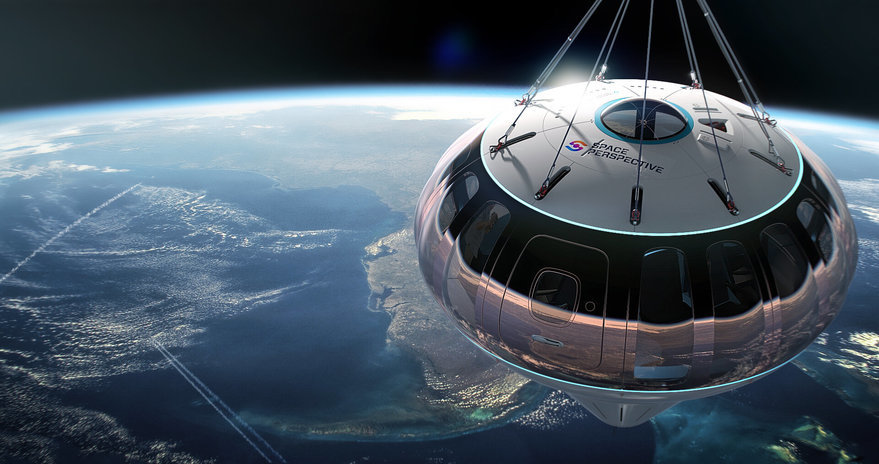 The first flights are scheduled for late 2024.