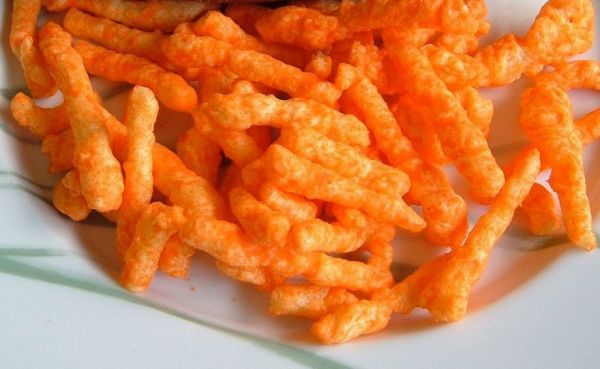 Frito-Lay cannot legally sell Cheetos in Germany. It’s a copyright issue, as the big German snack maker Intersnack Group filed an injunction in 1980 that Cheetos infringes on their copyright of a snack chip named Chitos. Brand confusion may result, you know. The thing is, while Intersnack sells a chip called Chios, you cannot find a product called Chitos in Germany. A rival company says Intersnack sells about ten bags of Chitos a year. Doesn’t matter, they still have the copyright. However, you can easily buy a cheese-coated corn snack called Cornchos. If you find yourself in Berlin with a Cheeto craving, you might try them and let us know how they hold up. Americans in Germany have found a couple of ways to get around the injunction against Cheetos, though, involving suitcases and stickers, which you can read about at The Takeout.  -via Damn Interesting