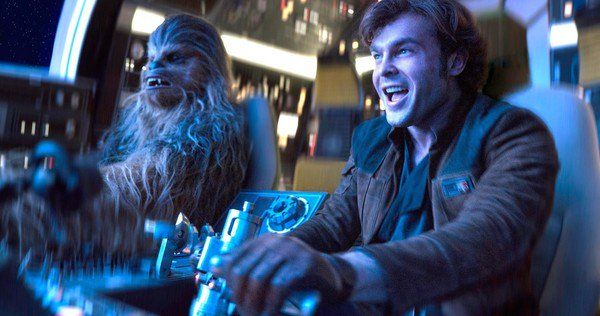 Joonas Suotamo is a former basketball player from Finland. He took over the role of Chewbacca in the Star Wars movies from Peter Mayhew, who made the Wookiee what he is. Suotamo is very cognizant of Mayhew’s creation, and takes pains to continue his legacy seamlessly, knowing that Mayhew has his eye on him.

But with time and creativity, Suotamo has mastered the character’s every move, adding layers to an already beloved and familiar face, particularly in The Last Jedi and Solo. It’s almost jarring to watch one film after the other, taking in the heartbreak in Chewbacca’s eyes when Luke Skywalker asks, “Where’s Han?” and then rewinding to the very day that the iconic duo first met.

For Suotamo, who has played the character opposite the original Han Solo, Harrison Ford, and newcomer Alden Ehrenreich, following that narrative has been an interesting experience. “In this movie, Chewbacca doesn’t really know Han; he’s just getting to know him,” said Suotamo. “So it was interesting to play him in a way that sort of places Chewbacca in this space where he has to decide what he’s going to do with his life…whether this reckless scoundrel is the partner for him.”

Suotamo talks about that temporal shift, plus what it’s really like to wear the big hairy suit, the cool special effects in Solo, and the thrill of piloting the Millennium Falcon in an interview at Den of Geek.