From the mid to the late-19th century, Chicago was in the midst of a period of rapid growth, and as the city grew it placed enormous strain on the region’s natural resources. One of the biggest challenges the city faced was waste management. Like most growing cities of the period, residents viewed rivers as open-air sewers and dumped raw, untreated sewage and other pollutants directly into the river. Human waste and rotting carcasses of dead animals floated downstream into Lake Michigan, which was also Chicago’s primary source of drinking water. 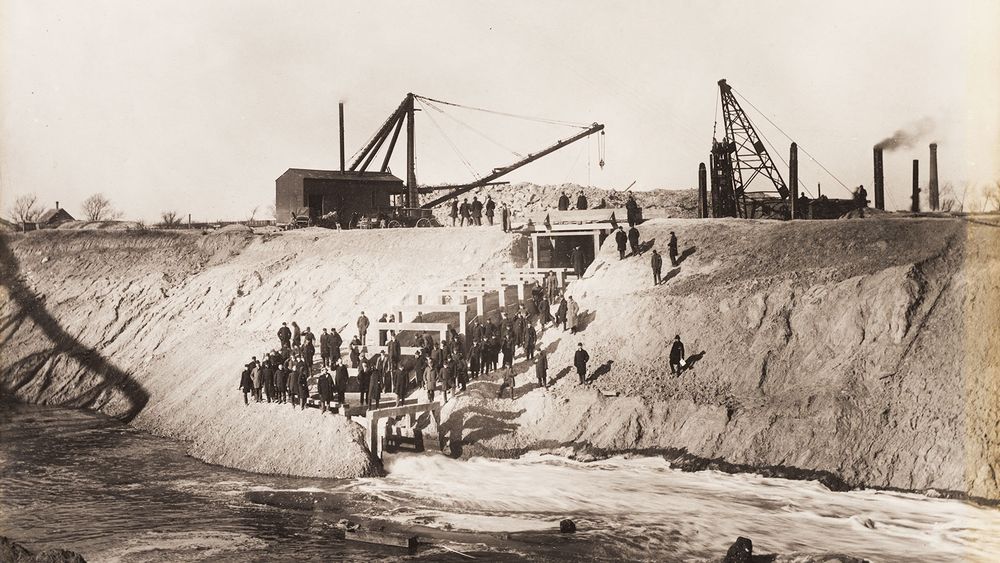 Sanitary District trustees and others pose for a photo after breaking the last dam holding the Chicago River back from the Sanitary and Ship Canal on the morning of January 2, 1900. Courtesy of Metropolitan Water Reclamation District