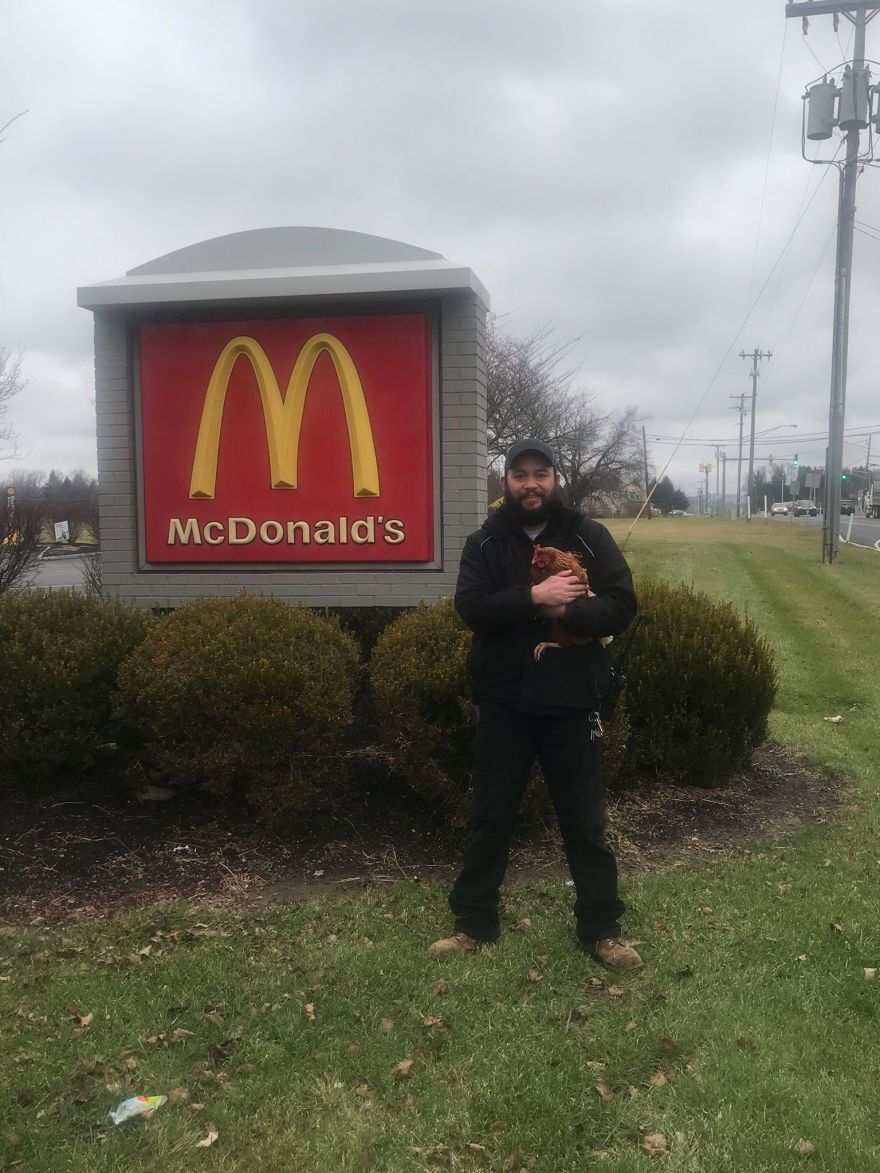 Police in New Jersey quickly responded to a report about “a flock of chickens ‘wreaking havoc’” at their local McDonald’s. According to the Washington Township Police Department, when an animal control officer arrived at the scene, he found the chickens “’harassing’ and ‘chasing’ customers and pecking at car tires.”

The animal control officer was able to capture the chickens with help from the manager of the McDonald’s eatery, police said.

The chickens were taken to the Common Sense for Animals shelter, where they were later claimed by their owners.

Were they seeking revenge for their fallen comrades? We can only guess.