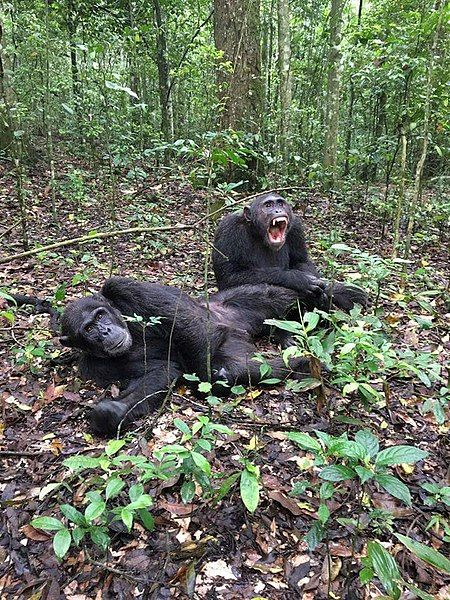 Watching a movie or a TV show together often brings people closer to one another. But it seems that bonding over a shared watching experience is not limited to just us humans – chimpanzees and bonobos also get that same sense of bonding, as shown by a new scientific study.

The study, published by the Royal Society, placed chimpanzees and bonobos in front of a screen to watch a video. “Chimpanzees watching a video together get the same sense of bonding and closeness that humans can feel from watching a movie or TV show together”, study co-author Wouter Wolf of Duke University told CNN:

Pairs of chimps were monitored as they watched videos – and psychologists found an increased sense of closeness between them in a way previously thought to be unique to humans.

Eye-trackers were used to make sure the apes were watching the film and fruit drinks were used to encourage them to stay relatively still and in the same place.

Researchers say it shows the “deep evolutionary roots” of the heightened emotional impact of watching something with someone else.

It also raises questions about what is lost when there are fewer shared experiences – such as if families stop watching television together and are separately plugged into social media or using their own mobile phones.