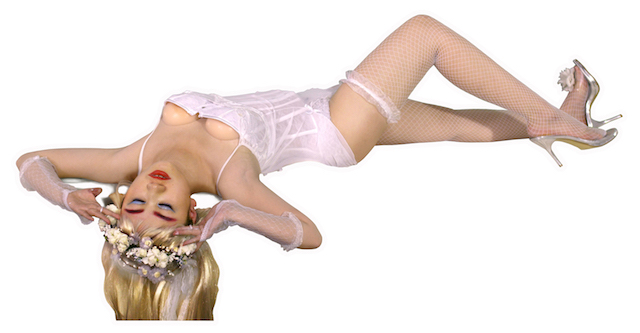 Our universe is full of a multitude of smaller, but no less significant, universes: realities created by the human mind. This concept lies at the heart of Self-Created Universe, a two-person exhibition by Chinese new media artists Ye Funa and Liang Ban. Now on at Klein Sun Gallery in New York City, the show features a number of multimedia works that dig into the media-saturated world that actively encourages self-created universes through technology and social media.

For the show, Ye presents Goddess, a series of videos in which she masquerades as 13 prominent or controversial female figures from history. In Legend of the Wellknowns, Funa assumes the avatar of Leonardo Da Vinci’s Mona Lisa, reimagining her as a “selfie goddess.” Liang, on the other hand, uses digital devices like smartphones to weave together a fictional narrative of things both invented and real. In the video piece Short Trip to the Moon, Liang plays a man struck dead by lightning while taking a photograph with a selfie stick. 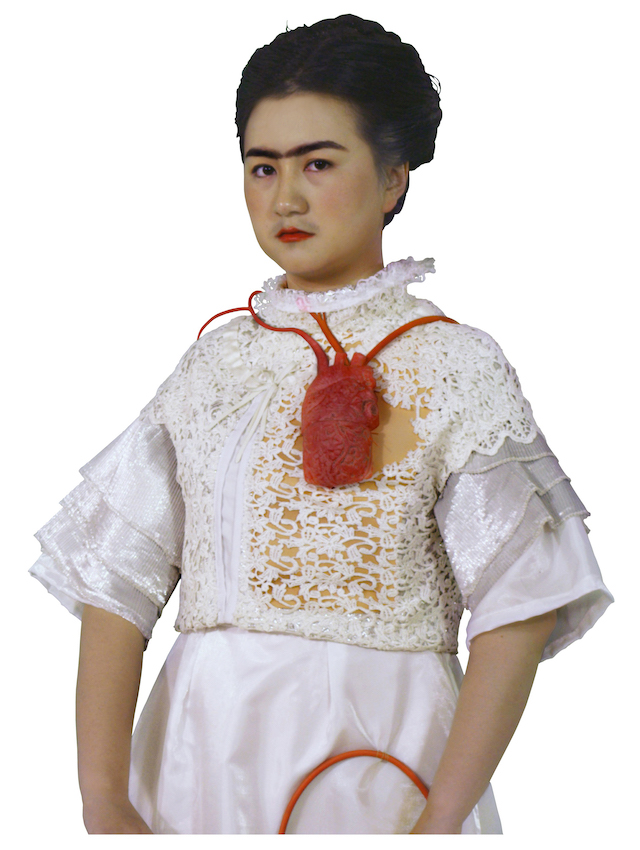 Ye says that what she does with Goddess is what she has been doing all along as an artist—understanding characters by impersonating them. In early works she impersonated all of her family members, realizing that it is better to put herself in someone else’s shoes rather than simply documenting them. “To be someone, I believe, is to undergo an inward experience, which is completely different than outward investigations,” says Ye. “To experience and learn is really one of my own ways of accessing the world. All these 13 females have something in themselves which I appreciate greatly, and it is through impersonation that I got closer to them.”

For Goddess, Ye’s point of departure for each portrait was usually a classical work of art. She rebuilds the characters through posing and parody. In addition to individual portraits that conjure works like the Mona Lisa, Man Ray’s photographs, and Ophelia (inspired by Sir John Everett Millais’ famous painting), she presents a three-channel video installation titled After Dinner Party, where she impersonates 13 female characters who showed up in her previous work The Supper of Goddess. The character illustrations, according to Ye, may run contrary to popular stereotypes.

“All three of them represent three different types of women whose roles, given a specific moment, are transferrable,” she says. “Just think how fascinating it would be to imagine—based on history—a series of dialogues that take place among these goddesses.”

In Liang’s work, the self-created universe is again all about the real and invented or fabricated. For him, the real world represents some sort of goodness in a broad sense, but with a touch of sorrow. He sees fabrications as emotional, comparing it to the hyperbole in 8th century Chinese romantic poet Li Bai’s work.

“Through those fabrications you go beyond your existing knowledge, and reconceptualize the process in which everything around you—with a chaotic logic—experiences construction and destruction,” Liang explains. “So what is ‘real’ is nothing but how firmly you hold on to certain beliefs, and the ‘fabricated’ will be your fantasy about what is left of those beliefs. If love is real, hate will be fabricated.” 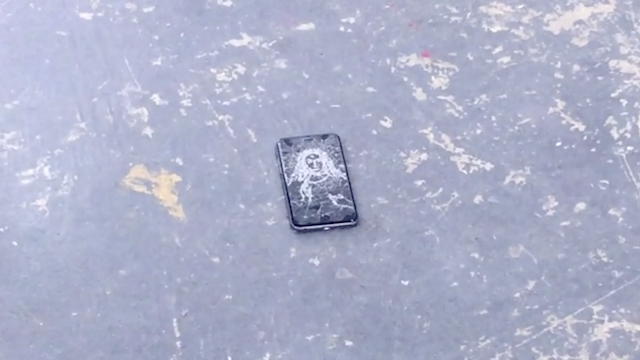 Though Liang’s concept of the self-created universe may sound quite serious, there is a healthy dose of humor and absurdism in his works. In fact, a random incident inspired his work Holy Friday.

As he recalls, one day he was almost hit by bird droppings that shared a great resemblance to the face of an old man. On the very same day he broke his smartphone screen. The broken screen also looked exactly like an old man with a bushy beard.

“I didn’t think that was a coincidence,” he says. “Instead, I believe that was my secret rendezvous with God. So, as shown in the video, I break a new screen because I want to see God again.” 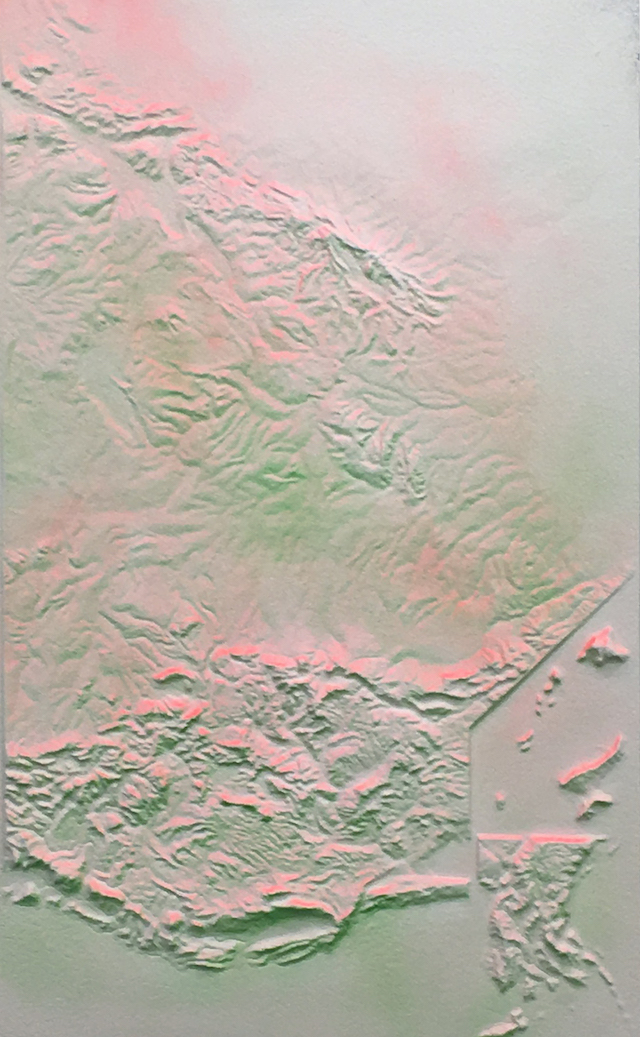 Liang’s work, Short Trip to the Moon, is included in the show as a criticism of how humans define beauty. When Ban looks at internet celebrities and “homebodies” taking selfies that all have a similar aesthetic, what he sees are “living corpses.” So, the video features him holding a selfie stick and becoming one of these living corpses.

Liang sees the world as both innocent and complicated, and that it will treat humans with the very attitude with which they treat it. In this game, he sees everyone as forming their own worldviews—their own self-created universes.

“The self-created universe to me is about criticizing and imagining things based on all of the existing knowledge we have about the world,” says Liang. “[Then] expressing such criticisms and imaginations with an absolute freedom.”

“I think everyone ought to have his or her own self-created universe,” Ye adds. “And what your universe is like largely boils down to how you make it out on your own.”

How Artists Are Fighting Air Pollution in Beijing