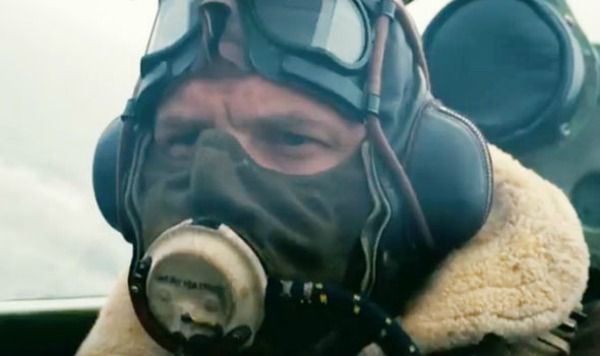 Have you ever noticed Tom Hardy often plays roles that involve covering his face with some sort of mask?

Hardy’s face-covering habit isn’t an accident, and director Christopher Nolan claims Tom wears masks in his movies because “he can do more with his eyes alone than most actors can do with their whole body”.

Tom Hardy works best when his face is 80% covered pic.twitter.com/L9wgbjEu9w

Nolan went on to explain more about this theory in an interview with the Press Association:

Nolan said: “I was pretty thrilled with what he did in The Dark Knight Rises with two eyes and couple of eyebrows and a bit of forehead.”

So naturally Nolan wanted to up the ante for his next film with Hardy, which perhaps explains his role of a spitfire pilot in Dunkirk: “I thought let’s see what he can do with no forehead, no real eyebrows, maybe one eye.”

Nolan said it is a testament to Hardy’s acting ability.

“Of course Tom, being Tom, what he does with single eye acting is far beyond what anyone else can do with their whole body, that is just the unique talent of the man, he’s extraordinary.”