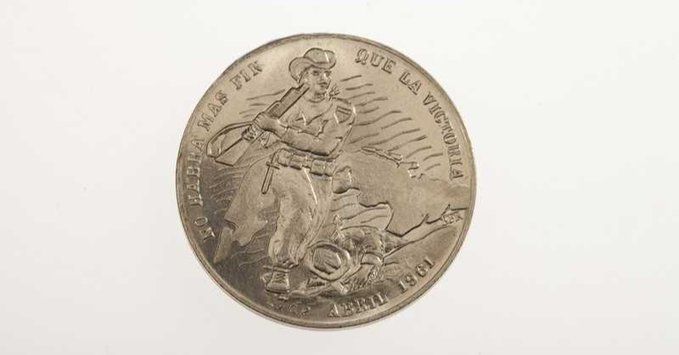 On April 17, 1961, a small army of 1,500 Cuban exiles backed by the US government landed at the Bay of Pigs in the hope of overthrowing the Castro regime. To prepare for this great event that would doubtlessly be the start of a successful military campaign, the CIA struck commemorative coins. 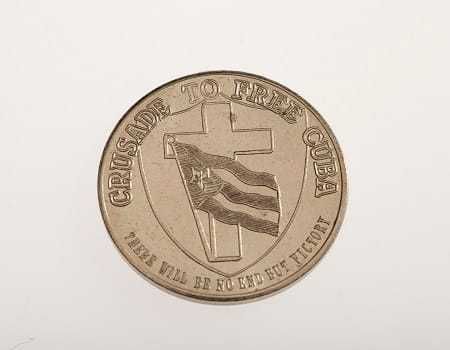 Alas, for the Cuban exile troops and the people of Cuba, Castro’s forces knew about the invasion and quickly defeated it. This silver coin was, as a result, never circulated.